Do kids need batteries to have fun?

Do kids need batteries to have fun? January 22, 2015 Zeke Pipher 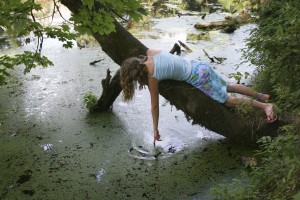 “In nature, a child finds freedom, fantasy, and privacy: a place distant from the adult world, a separate place.” – Richard Louv

I helped out with a summer camp a while back. About three hundred children from Nebraska and Kansas met at Timberlake Ranch Camp for a week of canoeing, shooting bows, and running a ropes course. The campers and leaders share the space with about a hundred deer and about twice that many wild turkeys. A few days into the weeklong camp, I had supper with one of the campers, a twelve-year-old boy who had been shuffling his feet from one activity to another. He seemed to be shying away from the other kids, and he wasn’t participating in the group activities. I saw him sitting by himself one evening, so I set my tray down next to him, and asked, “How are you enjoying the week?”

With a long face, he looked down at his tray and replied, “I liked it ok the first day, but then my cell phone died.”

It seems like children aren’t growing up “distant from the adult world” today. Because they are always connected to their phones and computers, they’re always tethered to complex issues such as terrorism, internet predators, and social media. But it’s not just a continual connection to these large, complicated issues that creates a problem; children remain constantly “on call” to parents and friends when we keep a phone or a computer in their hands. I’m a parent of three children, and I’m trying to keep in mind that they need room to breathe and time alone outdoors in order for them to form a connection to the natural world. Many children aren’t making this connection today.

It’s never too late to introduce a child to the great outdoors. I watched this happen with the dead-battery boy. A cabin leader took him under his wing. The two of them went exploring, fishing, and horseback riding every day. Other kids joined them, and friendships were formed. Saturday morning, a few hours before the parents were scheduled to pick up kids from camp, this young man went to the archery range with a few other campers. At one point, he pulled back a bow, launched an arrow toward the target, and slipped it into the bull’s-eye. A chorus of hands slapped him on the back as his fellow campers yelled, “Great shot!’ The cell phone in his bag may have been dead, but a wide, very-much-alive smile spread across his face.

That’s the power of nature—it’ll sneak up and grab you. All you have to do is be there.

For more on Zeke and his outdoor writing visit: www.zekepipher.com! 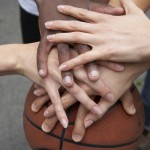 January 20, 2015
Is Nebraska about to take a step forward?
Next Post

January 29, 2015 Only men can change the boy into a man
Recent Comments
0 | Leave a Comment
Browse Our Archives
get the latest updates from
Cedars and Sandhills
and the Patheos
Family
Channel
POPULAR AT PATHEOS Family
1