“Senator Warren, we’re dealing with two bodies, not one.” 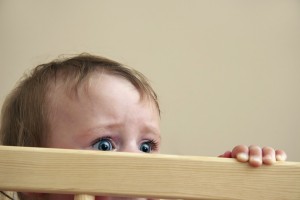 “The Republican vote to defund Planned Parenthood is just one more piece of a deliberate, methodical, orchestrated, right-wing attack on women’s rights, and I’m sick and tired of it.” She also said, “The Republicans have had a plan for years to strip away women’s rights to make choices over our own bodies.”

Sen. Warren’s comments trouble me. I am one of those “Republicans” in our country who believes strongly in defunding Planned Parenthood, yet I feel like Sen. Warren couldn’t be more wrong in her description of me, or my motivations. I am fully committed to supporting women’s rights over their own bodies. I believe with all my heart that a woman has the same right as a man to choose whether or not to have sex, and whether or not to use contraception. I also feel a deep respect toward all women for being the ones who bear in their bodies the outcome of sex—pregnancy. While “abortion” and the sale of baby body parts is a human (male & female) issue, I can certainly appreciate how these discussions feel personal in a different manner to women because they are the ones who actually carry the child. All men should appreciate this, and work extra hard to listen well to women on this issue. All that to say, I sincerely respect women and their right to make decisions about their own bodies.

The problem is, with every pregnancy, we are dealing with two bodies. Philosophically and biologically speaking, an unborn child, no matter what stage of development, is a separate entity from his mother’s body. To say that a child is her mother’s body because she is in her mother’s body would be like saying that a homeless person who seeks shelter in your home on cold winter’s night, invited or not, becomes your property because they are in your property. Of course that person staying in your home, invited or not, isn’t your property. He may be an inconvenience. He may be there against your will. And he may be utterly dependent upon you to survive the winter. But he isn’t yours, so you don’t actually have property rights over him. And a child in the womb is not the mother’s body, so she does not have property rights over her child’s body.

Planned Parenthood says, “No.” Senator Warren says, “No.” All who are pro-choice say, “No. A pre-born child does not have that right.”

I say it does. And I say that, not because I’m a Republican, and not because I’m a man who wants to strip away a woman’s right to make choices about her own body. I say that because I see all children—from conception on—as people with rights. They’re needy people. They’re vulnerable people. They’re easily overpowered people. And they’re people who will not survive the winter unless we, the ones with power and opportunity, say, “I will help you live.” 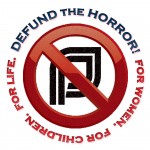 August 13, 2015 People are hungry for hunters to donate!
Recent Comments
0 | Leave a Comment
Browse Our Archives
Follow Us! 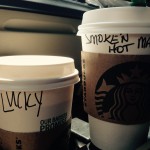 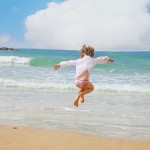 Truth Not Lies: How to Responsibly Share News...
The election year has started off with an impeachment bang, and everyone...
view all Family blogs
What Are Your Thoughts?leave a comment
Copyright 2008-2017, Patheos. All rights reserved.