Zen and Recovery: Abstinence is Radical

A while back I was in New York City, a city famous for its sights, and not so famously for its smells.

During our time in NYC there was one smell that seemed to dominate the rest in this bustling city. Weed. The smell of cannabis was everywhere.

Now, for the record, I am completely in favor of the full and complete legalization and decriminalization of Marijuana. I am also in favor of the dismissal and re-sentencing of Marijuana convictions, which could potentially affect more than 40,000 incarcerated individuals.

Having said that, this experience of smelling weed everywhere had me thinking about all the ways we escape our life as it is, and how radical it is to endeavor to live a life of abstinence.

Now, I am an abstinence guy (when it comes to drugs and alcohol). I know abstinence is not for everybody. But I know for me, there is no other way. And I appreciate what an abstinence lifestyle has brought into my life and spiritual practice.

For the record, I also support harm reduction as a legitimate alternative to abstinence. The harm reduction model recognizes that drug use is complex, and abstinence may not work for everyone. The harm reduction model also reduces gatekeeping for desperately needed services for those experiencing homelessness and other problems. In my first tradition of Zen study, Zen Master Seung Sahn when discussing the precepts would teach that it is on us to know when to keep the precepts and when to break them, when they are open and when they are closed. I think this teaching applies to the question of abstinence versus whatever. That this is a question we must ultimately answer for ourselves. Knowing that the whole world is in that question, and answer.

When I first entered recovery, my primary focus was my alcohol and drug use. It was that simple. If I didn’t get these things arrested what I was doing on the internet wasn’t going to matter much. My life was at stake.

The way of abstinence appealed to me immediately because I had a wealth of previous experience that any other way, for me, ultimately lead to failures of all kinds. What I was not ready for was the “whack a mole” experience of how once my alcohol and drug use was contained, other sorts of proclivities moved in to fill the vacuum left behind by drugs and alcohol. It’s a life’s work, abstinence.

Therefore, I believe abstinence is radical. Punk rock even. Abstinence at its core is counter-cultural and becoming more so every day. And the reason is because, in our culture of consumption, it is an impossible task. But we shouldn’t feel bad. Even the Buddha, in a time absent of social media, designer drugs, and the million distractions we confront every day, still knew the value and difficulty of abstinence.

January 23, 2023
Browse Our Archives
Related posts from Zen and Recovery 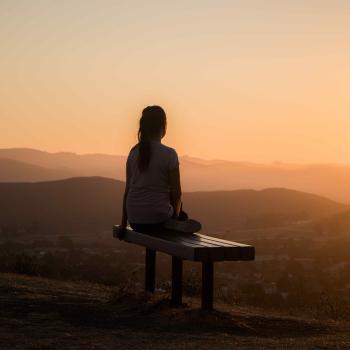 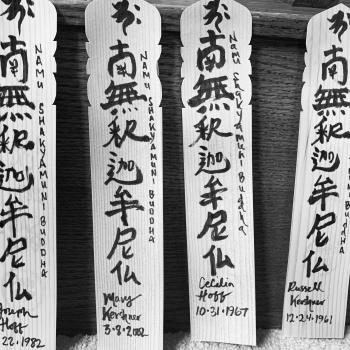 Did The Buddha Want Us To Go Gently?
Sometimes I worry that ‘Gentle Buddhism’ is an oxymoron. When I think...
view all Buddhist blogs