Earlier this week (before #rickwarrentips anyway), the Internet was buzzing about the missional and emergent labels.

And in the midst of the conversation about the missional/evangelical part of the equation especially, there “emerged” (see what I did there) talk of two neo’s: the neo-anabaptists and the neo-reformed.

The first time I heard these particular labels was on the blogs of both Scot McKnight and David Fitch, each a confessing neo-anabaptist in the tradition of Yoder and Hauerwas. I don’t think I’ve ever seen a Reformed person claim the neo-reformed label though; they’ve thrown other new phrases around to describe themselves, like Young Restless and Reformed or Relevant Reformed (both terrible-sounding IMO) – but never the neo. Neo-reformed has always been a label used by others to describe them.

For this reason, it seems that the neo-reformed label is received by many Reformed folks as a derogatory term. But I’m hoping that it won’t continue to be this way, because it really doesn’t need to be. And here’s why.

First, it’s simply true that the current Reformed movement within evangelicalism is different from its forebears. The mainly SBC, PCA, and Acts 29 expressions of Reformed Christianity are, in fact, new! Second, it’s also the case that theological designations are necessary in this conversation about the current evangelical landscape, especially in the wake of the emerging church period of the late 90’s and early 00’s. While I think Reformed folks have been mainly focused on defining their own movement over and against the seeker church of the last 30 years, the anabaptist/missional stream needs to form contrasts, too, especially theologically, with the current evangelical Reformed expression (as well as emergent, etc.).

In light of the admirable – and, I think, necessary – work of The Gospel Coalition in coalescing this huge neo-reformed trend within evangelicalism, Missio Alliance is preparing to do something similar for centrist, missional, anabaptist expressions. As someone who planted a church at the height of Acts 29’s popularity, and who had already made a decisive departure from a neo-reformed church expression because of theological and ecclesiological disagreement, let me tell you that it was very difficult to communicate my non-reformed distinction and provide a point of reference that might bring clarity and unity within our church – not to mention help us communicate our identity to other churches in our locale. In other words, if I had been able to point to a group like Missio Alliance, there would have been more stability and theological support and resourcing for our fledgling church. (As an aside, I’ve been pursuing this conversation about a new “coalition” for folks like me for about two years, and I’m so excited that things are coming together!)

All that to say, this distinction is important for both theological and more practical reasons. Yet, as the first Missio Alliance gathering draws closer, I do think it’s important to also nuance this distinction so that it doesn’t become a caricature.

My friend Joel is currently working on a master’s thesis that looks for a peaceful way forward in the neo-reformed/neo-anabaptist conversation. Joel is Reformed (and loves John Piper), but he is also a pacifist who loves the peace theology of the anabaptist tradition. Likewise, he is a defender of people like me, those who have sometimes been the recipients of less tolerant treatment from Reformed folks because of our different theological emphases. And, Joel embodies a complementarianism that is decidedly different than the unfortunate representations that have appeared in neo-reformed media over the last 15 years. Joel is, for me, the best of the neo-reformed movement, and one who reminds me regularly that these two camps are not enemies but brothers and sisters who are different and need to learn from these differences.

So where does this leave us neo-anabaptist missional types? I am a passionate person, and I have real and serious objections to what I see in some neo-reformed theology. But I also appreciate the formative effect that theology has had on me. And more than anything, I appreciate the genuine love for Jesus that I see among neo-reformed brothers and sisters.

Which leads me to say, let’s keep talking, because we really may learn from these differences and find a truly peaceful way forward. We may even learn to love each other!

What about you? Do you have an opinion on the neo’s?

February 25, 2013 God Spoke to Me Through Ben Affleck
Recent Comments
12 Comments | Leave a Comment
Browse Our Archives
Follow Us! 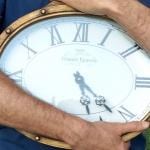