How to Be Evangelical After World Vision: The Code

How to Be Evangelical After World Vision: The Code April 13, 2014 Zach Hoag

As Trevin Wax at The Gospel Coalition and the excommunication-by-farewell trend have made clear, evangelical has become code for a couple Utterly Important Things:

Homosexuality: i.e., obsessively against it.

Sure, there are some underlying principles there like Penal Substitutionary Atonement Is The Gospel Or Else (which supports Hell) and the Bible Read Superficially Without Factoring In Historical Context Is Inerrant Or Else (which wars against Homosexuality); but overall, these two H’s have become the articles upon which evangelicalism stands or falls.

This evangelical code replaces the two monolithic H’s with something much more nuanced. Instead of cultural/theological/ethical articles on which the church stands or falls (and authors and aid organizations are summarily excommunicated via “farewell”), there is a broader sweep and a stronger spirit. Instead of the contemporary antagonisms around Mainline and Catholic expressions, there is a movement toward blurring the lines to carve out a historic yet futuristic evangelical path. Instead of all the culture warring and new religious right-ing, there is some bonafide, holistic gospelling.

Because, you know, the evangel.

While others have certainly put forward definitions of evangelicalism that are similar to this, and while I admit that there’s both some old and some new here in regards to how evangelical has been practiced and understood, let me work out this code in three points. Evangelicalism is:

1. Orthodox/Scriptural: While some have phrased this element of evangelical identity as believing in “the authority of Scripture”, I think orthodoxy gets it much better. And that’s because orthodoxy implies the authority of Scripture and the Church. The Bible is the Church’s book, and it must be interpreted and applied communally in connection to the communities of the past and in the context of the present. The orthodox Creeds provide a historic basis for this foundation, keeping us accountable to core truth and allowing enough room for theological and ethical interpretation. On the one hand, this element does distinguish evangelicalism from some Catholic and Mainline expressions. On the other hand, it avoids the inerrancy/biblical obsession of the conservative evangelicals which leads to the culture war litmus tests. Likewise, the absence of wholesale antagonism toward Mainline and Catholic expressions means that the orthodox evangelical emphasis can generously exist within those streams, and, I believe, become a gracious and powerful leaven that influences the whole lump.

2. Pietistic/Spirit-Filled: I believe it was Stan Grenz who defined evangelicalism simply as “convertive piety.” Historically, evangelical identity arose from a merging of Protestant theology and pietistic spirituality. In the last 50 years, the charismatic renewal has spanned denominations and movements creating an “evangelical” spirit among both Protestant and Catholic expressions. The passionate pursuit of spiritual experience is an evangelical must, as is the beginning of this pursuit – conversion itself. While old manipulative or guilt-driven approaches to revivalistic conversion may be jettisoned, the necessity for a personal choice to follow Jesus based on experiencing his grace and power is arguably the most important element of evangelical identity. On the one hand, this will distinguish evangelicalism from some Catholic and Mainline expressions that dismiss the importance of both conversion and a passionate spiritual life in Christ. On the other hand, this readily dismantles the dismissive “farewell” of the conservative evangelical voice. For if a person has decided to follow Jesus by experiencing his grace and power, and has become genuinely Spirit-filled, then arguable theological and ethical particulars cannot be held against them.

3. Evangelistic/Missional: Finally, this evangelical code insists on evangelism – it is contained in the label itself! The desire for all peoples to know the love of God in Christ and turn to Jesus as Rescuer and Lord is essential. The gospel must go out, and we are the people of the evangel, the emissaries of the good news that Jesus is Lord. Further, the missional renaissance of recent years has renewed the holistic nature of Christian mission; that it is about good news in all parts of life, justice for the poor and oppressed, a lifestyle of simplicity and peacemaking, localized love for neighbors, etc. And, all is located fundamentally in the church as a new social reality giving witness to the kingdom of God in the here and now, not an individual transaction to obtain hell insurance. On the one hand, this will distinguish evangelicalism from some Catholic and Mainline expressions that have acquiesced any need for evangelism and embraced interfaith universality. On the other hand, this will rebuff the conservative evangelical insistence that only one vision of “salvation” is correct. That is, evangelical universalists, inclusivists, and annihilationists are all welcome, as are those whose knowledge of historic, first century context has them reimagining the texts and the meaning of the kingdom of God. And again, more important than anything else is valuing mercy over sacrifice, keeping the equality and humanity of all people at the forefront, rejecting colonial and oppressive missionary techniques, all abusive/manipulative practices, etc.

Keep in mind that in all of these points, conservatives are welcome in the tent. But they are not welcome to dismiss and excommunicate others who carry this evangelical identity. Also keep in mind that by my reasoning many gay Christians would fit within the tent; mainline luminaries like Nadia Bolz-Weber, Phyllis Tickle, and Adam Hamilton would fit; emergence voices like Tony Jones and Brian McLaren would fit; Pope Francis would fit. This is not to mention the many centrist/nuanced voices that exist in Wesleyan/holiness/charismatic/anabaptist expressions (all often “farewelled” by the current conservative majority).

I hope this all makes sense. And I hope that for some of you, this might provide a way forward. Based on the principle of the thing – Ten. Thousand. Kids. – I understand those who are leaving the label behind. And yet, perhaps there is something worth redeeming here.

Perhaps there is a way to be evangelical after World Vision.

April 18, 2014 Jesus Is Dying to be Inclusive - So Why Aren't We?
Recent Comments
25 Comments | Leave a Comment
"Not carrying a firearm makes you 1000x more likely to be the victim of a ..."
Tiny J Guns Don’t Kill People…
"Nah."
Tiny J Trumping God
"#orangemanbad"
Tiny J Top Ten Reasons Donald Trump is ..."
"As I say the prodigal son story is for those who believe the (older brother) ..."
Mr Kish I ain’t your prodigal son
Browse Our Archives
get the latest from
General Christian
Sign up for our newsletter 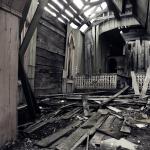 Faith in Christ is the Perfect Happiness Available...
I believe faith in Christ expresses the perfection and happiness available to...
view all General Christian blogs
What Are Your Thoughts?leave a comment
Copyright 2008-2021, Patheos. All rights reserved.