Labels are inevitable. We need need to understand and identify things. But labeling is difficult. Sometimes we assign a label and unintentionally or unnecessarily implicate individuals or groups who don’t really fit our intended description.

Such is the case with the conservative/evangelical Calvinistic-Baptist and Presbyterian resurgence that is busy championing the twin causes of the absolute sovereignty of God in salvation and damnation, and fixed complementarian gender roles in the church and home. You know, the ones coalesced by institutions like Southern Seminary, The Gospel Coalition, the Acts 29 Network, Sovereign Grace Ministries, and Together for the Gospel. How do we label this group?

(Not really, but that would be a lot easier.)

And most have been calling them, simply, Neo-Reformed. That was my label for the movement up until a few months ago – when I became sensitive to the fact that the label unnecessarily lumps other Reformed individuals and groups into this rather particular emphasis on a controlling, wrathful God and the practice of keeping women subordinated to men in most areas of life. So, I thought that Neo-Calvinist might be more accurate since it’s the particulars of Calvinist theology that this movement is really on about, not the broader scope of the Reformed tradition.

But then Bob Robinson wrote last week that Neo-Calvinist is already taken! And indeed it is. The Kuyperian Calvinists were pretty “Neo” at the turn of the 20th century, and those who occupy this tradition now are not emphasizing the same things as the TGC types. The Kuyper folks emphasize God’s sovereignty over creation and culture, while the TGC types emphasize his sovereignty in salvation and damnation (and, apparently, in making sure that only dudes get lead pastor jobs and gay people can’t get married). Bob suggests that we should call the latter group “Neo-Puritans.” But I honestly just don’t think that’s going to stick.

So I have a suggestion. And it’s one that I am becoming increasingly convinced of in light of what I believe are serious theological and practical (not to mention, legal) problems with the movement in question. I think there’s another label that is more appropriate for this group and its emphases.

This was somewhat confirmed for me in Brian McLaren’s recent response to Tim Challies calling him a false teacher. Brian began by describing that Tim is not properly labeled “Reformed”:

First, I should say that “Neo-Reformed” is probably a better name than “Reformed” for folks in this camp. Reformed Christians of the broader designation don’t seek to think and say exactly what Calvin and the other Reformers thought and said, as the Neo-Reformed tend to do. Instead, they look at how creatively and insightfully the Reformers responded to issues in their context and they seek to respond to our very different context enlightened and inspired by the Reformers’ example.

Even though I’m a happy outsider to the Neo-Reformed system of belief, I have high regard for the broader Reformed tradition – which includes theological giants like Barth, Pannenberg, Bosch, Boesak, Newbigin, and Moltmann. (I know, not any women on the list – that’s a problem in all theology, but thankfully it is beginning to change.)

So, ok, Neo-Reformed can work. But it still implicates the broader Reformed tradition, and the people that McLaren himself looks up to. It’s confusing. And it still doesn’t get to the heart of what the movement in question is all about. It still doesn’t pinpoint the main issue. Brian continues:

Of course, when he calls me a false teacher, he is speaking from his vantage point as an articulate, committed, zealous, and sincere Christian fundamentalist. (I mean “fundamentalist” not in a pejorative sense, but in the tradition of J. Gresham Machen, to whom the author refers.) From that vantage point, he speaks the truth as he sees it.

Yes! That’s it! This movement of conservative/evangelical Calvinistic-Baptist and Presbyterian Christians is most accurately a revival of 1920’s fundamentalism, the historic movement led by the likes of B.B. Warfield, J. Gresham Machen, and the Hodge brothers at old Princeton Seminary. This self-proclaimed fundamentalist surge was overwhelmingly Calvinistic and unabashedly devoted to the sovereignty of God in salvation and damnation as the essence of the gospel. Concurrently, it was linked to a near-obsession with the inerrancy of Scripture (the verbally and plenarily inspired variety, if you’re keeping score), which led to dogmatic systematic theologies and strict applications in ecclesiology and ethics – including the strong subordination of women in the church and home.

This self-proclaimed fundamentalist movement hinged upon antagonism with “modernist” and “scientific” cultural norms that they felt challenged the authority of Scripture. For decades afterwards, it resulted in antagonism and division in the church as well, as more centrist and progressive people (not to mention liberals) were ousted from the “faithful” fundamentalist movements. Of course, we have all manner of church controversy and splitting occurring right now over similar issues, but interestingly, the conservative entrenchment that calls anything outside of its bounds “liberalism” has its roots in this historic fundamentalist surge.

The inability to see any third way is a uniquely fundamentalist characteristic.

And that is precisely the characteristic that has come to define this current movement of conservative/evangelical Calvinistic-Baptists and Presbyterians.

Here are some other emerging characteristics within this Neo-Fundamentalism (not necessarily universal at all points):

Again, these things are not true of many denominational Reformed or Calvinistic Christians, especially of the more centrist or progressive variety. And they are not true of the growing contingent of centrist and progressive evangelicals. We certainly have some Neo’s here, like the Neo-Anabaptists. And there are some good old Holiness/Wesleyan folks in our midst too. And the weird charismatic Wesleyanabaptists like myself.

But honestly, I like to simplify us centrist/progressive folks with a more accurate and compelling label.

I call us…the Gangsters of Love.

June 3, 2014 Beyond Consumption: Participation in the Local Church [Daniel Karistai]
Recent Comments
29 Comments | Leave a Comment
"Not carrying a firearm makes you 1000x more likely to be the victim of a ..."
Tiny J Guns Don’t Kill People…
"Nah."
Tiny J Trumping God
"#orangemanbad"
Tiny J Top Ten Reasons Donald Trump is ..."
"As I say the prodigal son story is for those who believe the (older brother) ..."
Mr Kish I ain’t your prodigal son
Browse Our Archives
get the latest from
General Christian
Sign up for our newsletter 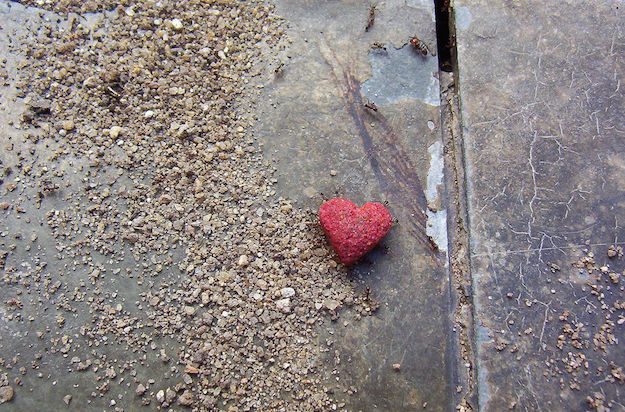 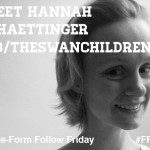 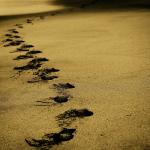 5 Great Recipes to Serve at Your Next...
In John 6, Jesus tells his followers that He is the bread...
view all General Christian blogs
What Are Your Thoughts?leave a comment
Copyright 2008-2021, Patheos. All rights reserved.