Political Choices and Decisions for Jesus

As the Republican and Democratic primaries rage on, folks across the country are being faced with a choice. For some that choice is a difficult one; for others it’s a matter of sanity versus outright stupidity.

And I’ll admit, when it comes to the two GOP frontrunners, Decision ’16 pretty cut and dry for me: #NeverEither.

But these political choices have me thinking about another choice, and maybe the parallel is more obvious than ever in this political season. Namely, the choice, the decision, for Jesus.

By this I don’t mean to Jesus-juke your political affiliation – I’ve made my Bernie support more than clear this election cycle – but I do think there’s an important illustration and lesson in the way we approach politics that should inform how we approach faith. Many of us who grew up evangelical were taught that our lives revolved around a decision, a decision to believe in Jesus, to invite him into our heart, to “make” him the Lord of our lives. (As an aside, I’m not sure it’s appropriate to talk about “making” Jesus do anything, but I digress.) This decision was an eternal life or death matter, and it would result in a new spiritual relationship that would make our lives better, forever.

But perhaps what was so glaringly missing is precisely what we are practicing when it comes to our chosen political candidates. When we choose Clinton or Cruz or Bernie or (dear Lord no) Trump, we are choosing someone to lead the system that we inhabit – the United States of America. And we are hoping that our candidate will not only lead the system, but transform the system.

Perhaps that’s what links the two “outlier” candidates in this election, at opposite ends of the ethical spectrum though they may be. Both Trump and Sanders are promising transformation. But not just an individual transformation, not just making my life better, but overhauling and reconfiguring the entire system of which I am but a small part. (And if you think Trump is the right man for that job, I contend with the apostle Paul, “May it never be!”)

I propose that this is precisely what a decision for Jesus is really all about. It’s not just a choice to obtain some individual benefits. It’s a choice to follow a King who will lead us into a complete overhaul and transformation of the entire broken, unjust, hurting world-system we inhabit.

And I would propose that Christian engagement in American politics should happen from precisely this standpoint. As those with a higher political allegiance to a King who is leading us in this transformation, progressively now but to completion in the resurrection age to come, we can prophetically engage with those candidates and policies that may best reflect that same kind of transformation.

We know it’s in part, through a glass darkly.

We know it doesn’t get at the fullness of the new creation in Christ, where we live in the hope of the full restoration of the world and all humanity in spirit, soul, and body.

But we can engage as those with that very different kind of hope, in a very real and present kind of way.

In any case, when I cast my ballot in November, I will do so knowing that it is but a shadow to where my true vote has already been cast, and where my true hope will always lie – in the resurrected King Jesus. 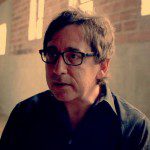 March 28, 2016
America Walks the Emmaus Road: Brian Zahnd on the Secular and the Sacred
Next Post

April 1, 2016 Resurrection is the Christian term for defiance
Recent Comments
8 Comments | Leave a Comment
"Not carrying a firearm makes you 1000x more likely to be the victim of a ..."
Tiny J Guns Don’t Kill People…
"Nah."
Tiny J Trumping God
"#orangemanbad"
Tiny J Top Ten Reasons Donald Trump is ..."
"As I say the prodigal son story is for those who believe the (older brother) ..."
Mr Kish I ain’t your prodigal son
Browse Our Archives
Follow Us!