Who the Bad Guys Are

When Edward Snowden told us what the conspiracy theorists have been telling us for years is actually true, something amazing happened: everyone believed it.

I am no fan of conspiracy theories. A friend of mine started reading that stuff, and it really messed him up. It is frightening what something as simple as a chain of slightly absurd but nevertheless unanswered questions can do to a person. Most people manage to fend this stuff off, but with a visible sense of unease. Sorting it out and flushing the baloney takes time and effort, and most of us have better things to do.

But then along came Edward Snowden, and there really wasn't any need to raise our intellectual force fields. I think we already knew.

It was a treat to watch Dianne Feinstein, Senator from California, declaim on national television that there is nothing to worry about, because "No one is listening to your telephone calls. It's just metadata."

One can wonder if Di the Fi knows what metadata really is, or what one can do with it. After all, she has been hawking gun control for decades now, and still shows no understanding of either the technology or the laws, or how they work, or what they can and cannot do. She can do a bang-up job of stringing impressive polysyllables along while posing for the media though (how many times can you say semiautomatic without flubbing?), waving around the weapons she detests in ways that any gun safety instructor would throw her out of class for. This is the woman who once had two concealed carry permits, which ordinary mortals cannot get in California's urban regions. It is often said of her that she turned one of them in, presumably because guns are evil and people shouldn't have them. Why not both? Because, apparently, she considers her life to be important. She is either quite stupid, or else she hopes you are. Maybe it is both.

So, what is this metadata we're not supposed to worry about? You may have heard some television talking head saying it is, in this case, phone numbers (who called whom), cell towers (where they were when they talked), when they called, and call duration. That's all. Yup, that's all.

I am a software engineer by trade. I had some experience with telephone metadata not very many years ago. I was working for a company that helped 411 information providers give their customers, which is to say you, better service. Our CTO had a hypothesis: that people lived their lives according to what he called "little stories," which were common and predictable. If we could discover what they were, we could arrange it so that, when you made a 411 call asking about X, we could tell you about Y and Z also, because we would know you would want to know about those other things next.

It was my job to discover the "little stories" by analyzing a mountain of metadata. One of the other guys in the company did the database extraction. He gave me a file with about 800,000 unsorted 411 call records. No, not recordings, just the metadata: the number of the caller, when they called, and the name and number of the business they wanted to know about. When the other guy did the extraction, he arranged to replace the caller's phone number with an opaque handle, which is a fancy way of saying an otherwise meaningless number. If the same person made more than one 411 call, I would know it was the same caller, but I would have no way of tracking that back to an actual person. We did this two-step process deliberately, to be sure no one on our staff could easily abuse this information we had been given to work with.

So I sorted and resorted and regrouped and then eyeballed all 800,000 of those call records. That took a while, but I learned several things very quickly.

The first thing I learned is that there are lawyers in this world who are apparently too important to dial phone numbers themselves. They call 411 instead, a lot, and then probably bill their clients for the 411 fee, which is not usually very cheap these days. Not all lawyers are like this, but this was, as I said, the first thing I learned from this analysis.

Then I asked myself, "But how did I know these people are lawyers?" All I can tell you is that it was obvious. In fact, it was pretty obvious what most people did for a living, even if they only made a few 411 calls. Another thing that was usually obvious was the sex of the caller. The most egregious 411-abusing lawyer appeared to be a woman who was fond of shoes. There were building contractors, soccer moms, bakery shop owners, et cetera at great length, and even, I am pretty sure, a couple of probably-very-discreet prostitutes.

The database, by the way, came from a British 411 service, with most calls in and around London.

The only "little story" I managed to observe involved a guy who made lots of calls over a period of weeks to strip clubs and escort services (they call them "modeling agencies" over there). Then he made a call for the number of the "National Health Service, Department of Sexual Health." This was followed a few minutes later by a call for the number of a particular hospital. Then, over the next few days, there were several calls for the number of a particular doctor. Like the lawyers, this guy couldn't be bothered to write a number down, or put it in his phone's directory. 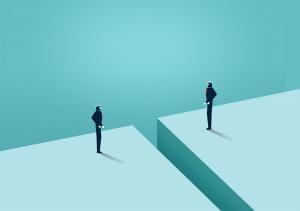 Lumpers and Splitters
John Richards
Get Patheos Newsletters
Get the latest from Patheos by signing up for our newsletters. Try our 3 most popular, or select from our huge collection of unique and thought-provoking newsletters.
From time to time you will also receive Special Offers from our partners that help us make this content free for you. You can opt out of these offers at any time.
see our full list of newsletters
Editor's picks See all columnists