The Search for Truth, Part 1: Are Assumptions Clouding Your Vision?

Today, those even bothering to ask the questions "why be Jewish" or "why marry Jewish" are unfortunately receiving answers having nothing to do with what Judaism really has to say on the issue.

For example, here are the most common responses that I find being proposed as answers to these most fundamental life questions.

1) "Be Jewish to preserve the Jewish People."
2) "Be Jewish because your grandfather died in the holocaust for being a Jew."

For example, we have laws enforcing the payment of taxes. Why do we have such laws? Doesn't everyone know that if citizens fail to pay taxes our civilization would fall apart? Of course everyone knows this. Nevertheless, we also know that if there were no laws forcing people to pay their taxes, the masses wouldn't. It is only once people know that if they don't pay they will end up with jail-time and a large fine that they say, "Of course I'll be an upstanding member of society and pay my taxes." That is, it is only once it is clearly in the particular individual's best interest to pay his taxes that he'll do it. But to ask people to act outside of their personal self-interests for the benefit of the community at large is generally not a recipe for motivation and success when dealing with the masses.

All of us, consciously and unconsciously, make our decisions in life based on what we think will be best for us and get us the most pleasure, joy, and happiness in life. It is simple to see this in any arena.

The deeds that Joe and Jane are performing are complete opposites—Joe keeps the wallet and Jane returns it. But if we look deeper, we see that their opposite actions are being performed for the same basic reason. They are both doing what they are doing because they want to get the most pleasure, joy, and happiness out of life. Joe says, "I want the most pleasure out of life so I will keep the money, while Jane gives back the wallet but takes back the pleasure of being good, feeling good, doing what society has conditioned her to believe to be good, and she feels the conceptual pat on the back of her society and that feels nice.

It comes out that everyone bases their decisions in life on their desire to get the most out of life. The next question then becomes: what's the most available?

The sad fact is that most people aren't bothering to ask that question.

The masses blindly take upon themselves the assumptions about life and reality inherent in the society that raised them.

In Judaism, we see this as a tragedy. In a world where the masses look upon the limited physical and finite highs as all that is available, there is an entire side of ourselves—our core essence that is missing out and thirsting for satiation.

In the next article, we will discuss this quest for truth and self-actualization that most of us tend to overlook.

Church Bulletins and What They Reveal
Lois Kerschen
2 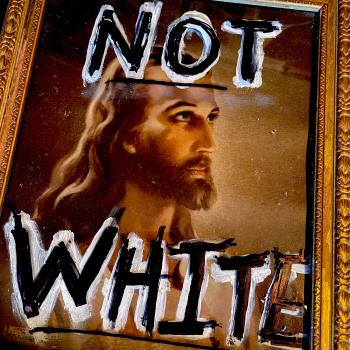