I was in class when John Kennedy was shot. The principal of my elementary school came on the intercom and told us what had happened. Kennedy was not liked in my household, but I still received a stern lecture from Pop about this. He wanted to be sure I understood that this was not a good thing, that decent people didn't do things like this or approve of them, regardless of politics. A few years later, Pop woke me in the middle of the night to tell me that Robert Kennedy had been shot. He repeated the essence of his previous lecture, which annoyed me at the time: I had gotten the message very clearly the first time around.

1968 was a particularly bad year for notable people. I had one classmate who thought the killing of Dr. King was a good thing, and another who laughed when George Wallace was shot. I concluded that I should stay away from these kids. What other important things might they not know or understand?

The thing that bothers me today, though, is that I remember the names of all of the shooters. And it's not just their names I remember: I remember their middle names. Middle names play significantly in parts of our American South, but for most of us, they are rarely disclosed in public without some specific reason. Big-time shooters, however, seem to be an exception, whether they shoot well-known public figures or a roomful of private people living private lives. We get the full name from the media, and we get it over and over and over until we never forget it.

Of course, we also get the photo. Very soon after the event, some particular picture becomes the canonical image, with perhaps a small number of well-known peripheral images. When Norway discovered last year that it, too, had homicidal maniacs, we heard the long-form name and saw the picture. Even here on Patheos, right there on the front page, we saw it. We saw it there for weeks, as I recall.

Oddly, the media are sparing us the middle name of the Aurora shooter. I don't know if this is because he doesn't have one, or if his First Name - Last Name tag somehow got traction in the press before anyone discovered his middle name. Meanwhile, a very few photos of him are already vying for the top spot on websites around the world. You have probably already seen what will eventually become his canonical image.

For the next several weeks, we will have lead articles with any little scrap of new information about this guy in its first paragraph, followed by all of the older stuff in a push-down editing style. In other articles that should be much more clearly labeled as commentary, we will hear the standard nonsense solutions to this kind of problem. Here at Patheos, we will see articles rationalizing some "higher purpose" into pain and suffering.

I am not so foolish as to think this kind of thing can be utterly precluded, but there are some things we can do about them. First, we can remind our media providers by every means possible that news is not entertainment, and they and everyone else must stop treating it as such. They can hire and promote people who understand this, not breathless twits and condescending morons like John Blackstone of CBS. Also, we can ask ourselves if our moral foundations, whether legal or religious, actually do anything for us that can realistically be called good, or if they just create or enable other problems in the name of something stupid.

There is something else we can do. I remember hearing this suggestion back in the '60s. Apparently, no one was listening, or perhaps everyone who mattered either retired or forgot: get these names and pictures off the front page as soon as possible. Emulate the Governor of Colorado: refuse to say the killer's name! It may be impossible to know what these murderers actually want, but if there is even a chance that fame, or infamy, is it, we must not give it to them. Neither can we give any hope of it to those who might come after them. Make it clear that such people will wallow in obscurity. Their deeds may be remembered, but they themselves will be forcefully forgotten forever. 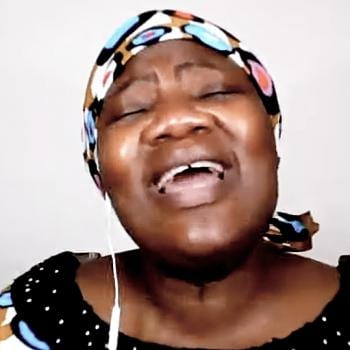 Failure to give Trump Hydroxychloroquine was 'criminal'
Barry Duke
2 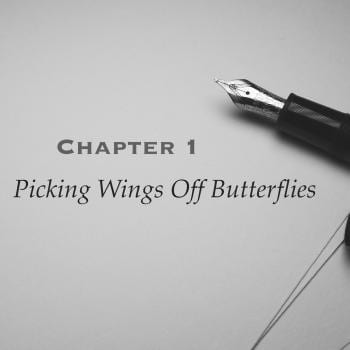 The Problem with Prophecies and Foreknowledge
Jonathan MS Pearce
4

New Testament: Why Only 27 Books?
William Hemsworth
Get Patheos Newsletters
Get the latest from Patheos by signing up for our newsletters. Try our 3 most popular, or select from our huge collection of unique and thought-provoking newsletters.
From time to time you will also receive Special Offers from our partners that help us make this content free for you. You can opt out of these offers at any time.
see our full list of newsletters
Editor's picks See all columnists