Julie Goss Clawson is a writer (Everyday Justice: The Global Impact of Our Daily Choices and the blog One Hand Clapping), theology student, mother, and wife who has at various times been a librarian, substitute teacher, children's pastor, and church planter. Her vocations intersect with her passions for fantasy and science-fiction books and films, and never more clearly than in her new book The Hunger Games and the Gospel: Bread, Circuses, and the Kingdom of God. Julie's interest in what Suzanne Collins' Young Adult epic has to say about our culture and how Jesus' Sermon on the Mount might open up our understanding of The Hunger Games and ourselves drives this new study, which Julie talks about here with fellow Austinite Greg Garrett.

Greg Garrett is the author of over a dozen books on religion, culture, and politics, including the new Faithful Citizenship, and he teaches writing, literature, film, and theology at Baylor University. He too has a passion for fantasy and science fiction, having written about Harry Potter in One Fine Potion, but of late he's been especially drawn to fictional and actual explorations about how we live together-and how we live out the Christian commandment of love, the true subject of Faithful Citizenship. His conversation with friend Julie Goss Clawson about their latest books shows us some of their common interests, and reminds us how literature and culture can teach us about religion and stories can help us understand our common life.

The two authors spoke recently about their work.

Greg: Julie, I know you do a lot of writing, speaking, and theological reflection, so you're a logical person to help us understand theological ideas in The Hunger Games. What prompted you to use the Beatitudes as a way of framing your reflections?

Julie: On my first read through of The Hunger Games, I devoured the series in a week, but the story continued to haunt me. The more I reflected on the books, the more I realized that in their exploration of what it means to support life and hope in the face of oppression they were essentially presenting a picture of the Kingdom of God. Jesus delivered his message to a people under the occupation of the Roman Empire which extracted heavy tribute from them, and it was in light of that context that through teachings like the Beatitudes he encouraged his followers to pursue the ways of love above all else. The story of Katniss' journey in The Hunger Games series is her struggle to live in similar ways, so for me, her narrative became a perfect way to talk about what it means to live out the Beatitudes in our world today.

Greg, your book too explores what it means to live out the Christian faith in the world—but in regards to the highly polarized realm of politics. Why do think that this discussion is so needed right now in our nation?

Greg: Julie, I think you know that I live in a couple of different worlds, and I've observed that in each of those worlds people seem to find it really difficult to talk to each other—or even to think of those who differ from them as holding their beliefs and opinions in good faith.

Observing the prejudice that people on one side of the divide have for people on the other makes it hard to imagine that we could have a serious conversation about real issues, but I was deeply moved by a sermon from the retired Senator John Danforth (R-MO), who argued that the most important thing Christians can bring to the political debate is not certainty about moral issues but the imperative of reconciliation, and I thought, yes, this is what I want to write about. If we can't convince each other on the issues, let's at least re-learn how to love each other and be in relation. 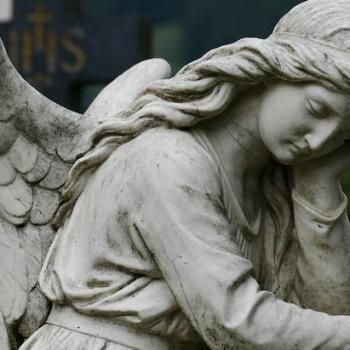 Great Songs About Jesus by Atheists, Pt. 2a
Delvyn Case
3

Why I Am A Progressive Christian (Part 1)
C. Don Jones
4 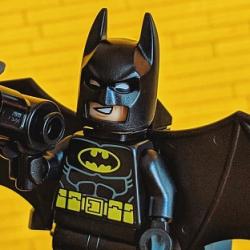 Batman vs. Germ Theory (LSP #156)
Cassidy McGillicuddy
Get Patheos Newsletters
Get the latest from Patheos by signing up for our newsletters. Try our 3 most popular, or select from our huge collection of unique and thought-provoking newsletters.
From time to time you will also receive Special Offers from our partners that help us make this content free for you. You can opt out of these offers at any time.
see our full list of newsletters
Editor's picks See all columnists