The parable of the Feast is found in the Gospel of Thomas in a simpler form than it appears in either Matthew or Luke. In the Gospel of Thomas version a man prepared a dinner and sent his servant to invite the guests. Each of several guests informs the servant that something has come up (a business meeting, buying a house, marriage, buying a farm) and they ask to be excused. The servant reports this to the master, who then instructs him to go out into the streets and bring back those he happens to meet so that they may dine. The closing line is "Businessmen and merchants will not enter the Places of My Father."

This brief version contains the structure that shows up in all three versions. A man prepares a feast to which guests have been invited earlier. When the servant goes out to announce that the feast is about to begin, the invited guests offer various excuses. The one giving the feast then substitutes for the invited guests people chosen at random.

The version in the Gospel of Thomas is similar to Luke's. Both describe a banquet, not a wedding feast as in Matthew. Thomas' closing comment about businessmen and merchants reveals his theology of rejecting worldly activity. (Donahue, 93)

Matthew and Luke probably received this parable from the sayings collection Q, which may have originated with an itinerant group of Jesus' followers who sought to live by his teachings and spread his message after his death. The urgency of the invitation and the theme of exclusion are thematic in Q. The parable in its earliest form may have pointed to the rejection of Jesus' message by his contemporaries and their substitution by the itinerant group that collected his sayings in the Q collection. The parable in this early form has a double focus. It conveys the vindication of Jesus' offer of forgiveness to tax collectors and sinners after the invited guests (the Jewish leaders) refused. It warns that the decisive moment has come, the feast is near, and a failure to respond will lead to exclusion from the banquet. (Donahue, 94)

Matthew makes this parable into an allegory. The host becomes a king and the feast becomes a feast for his son. The theme of the good and the bad (22:10) recalls Matthew's understanding of the church as a mixed body (13:24-27, 47-50). The parable of the wedding garment, which Matthew adds to the Feast parable (22:11-14), brings in Matthew's habitual themes of discipleship against the constant backdrop of coming judgment.

Just before this parable of the Wedding Feast/Wedding Garment in Matthew we have heard two others parables: the parable of the Two Sons (Mt. 21:28-32) and the parable of the Wicked Tenants (Mt. 21:33-39). This sets up a triad of parables that all deal with rejection or refusal. The setting to which Matthew addressed his gospel was a church that was engaged in missionary activity that was meeting with rejection. The first parable of the triad (the Two Sons) mentions the rejection of John the Baptist's ministry. The second (The Wicked Tenants) alludes to the rejection of Jesus' historical ministry. This third parable (Wedding Banquet/Wedding Garment) refers to the rejection of the preaching of Christian missionaries on behalf of the Risen Christ. The coming of God's reign is often imaged as a wedding feast (Is. 62:1-5; Rev. 19:1-6) or a banquet (Is. 25:6-8; 1 Enoch 62:14). (Donahue, 94-5)

We flinch when we read the treatment of the man in the verses 11-14. It seems so unfair that this poor man be punished for not having the proper garment. I am reminded of the time I arrived from out of town for an ordination service and had not brought the appropriate liturgical robe for the procession. My clergy colleagues did not bind and gag me and stuff me in the closet for this infraction! What is going on with this cruel king?

It was the custom in Ancient Near Eastern weddings, that the guests would wear a garment that symbolized their respect for the host and the occasion. Often the host would provide a rack of such garments at the entryway for guests who had not brought theirs. Not to be wearing a wedding garment, when one could have chosen one on the way in, is a sign of disrespect for both host and occasion. The symbolism of putting on clothing reminds us of Paul's image of "putting on" as a symbol for adopting the life of discipleship to Christ. (Gal. 3:27; Col. 3:12; Eph. 4:24) The wedding garment stands for the Christian life, and the qualities that lead one to hear the invitation, to accept it and show up to honor the host. (Donahue, 95)

The man without the wedding garment is like the son in the prior parable who said he would come, but did not. He is a hearer but not a doer. He does not produce fruits worthy of repentance. He does not follow that higher righteousness Matthew expects of his Christian community, whether former Jews or Gentiles. In Jesus' ministry, it seems as if this parable of the feast summoned listeners to a critical choice to accept the authority of his teachings and to live by them. Matthew has adjusted this parable of the wedding banquet/wedding garment to address his church in its conflict with the synagogue down the street. He wants his listeners to understand that anyone who does not honor the host and the banquet, whether outside or inside his community, will not ultimately enter the kingdom of heaven. 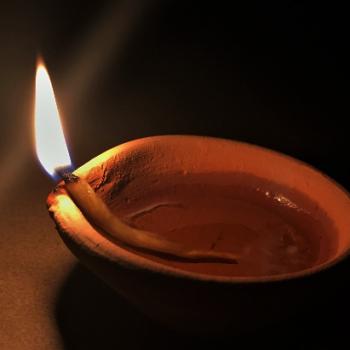 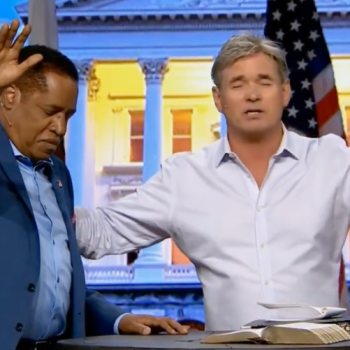 “No Man of God”: An Audacious Take on Ted Bundy and His Killers
Andrew Spitznas
4