Emily Dickinson said to “Tell the truth, but tell it slant.” If we lean our head slightly to one side, light shines through this parable in a slightly different direction. And we see that it could also be a cautionary tale about persistence in the wrong things. The parable offers us two bad choices: persistence in habitual arrogance or persistence in perpetual brow beating.

The parable is one of two men who each offer polar opposite prayers. The contrast between the two prayers is impossible to miss. The Pharisee stands apart, probably so that his litany of virtues can be heard by other worshipers and by the tax collector. The Pharisee's prayer keeps the focus on himself. It is "I" this and "I" that. His list of virtues divides the community rather than unifying it. It perpetuates the us/them dichotomy we often use in thinking of other people.

The tax collector stands, on the margins, “beating his breast.” This is a physical gesture associated with women rather than men in the Ancient Near East, emphasizing the unexpected nature of his actions. He keeps his head bent. His words are simple. He does not embark on an eloquent litany of his sins to match the Pharisee's virtues. He hopes in God alone, not in an extravagant outpouring of remorse. Like other powerless outsiders in Luke and in the Old Testament—the poor, the widow, the stranger—the tax collector casts himself on the mercies of God, and God hears and upholds his prayer.

Stories invite us to identify with characters. Human nature being what it is, we like to identify with the more positive characters in a story. The Pharisee would not be my choice of a character with whom to identify. If I identified with the Pharisee, that would be like admitting that I am proud of my adherence to certain moral values. It would mean I secretly felt that my credentials and education and good intentions made me better than other people and more deserving of God's attention and salvation. It's too threatening to identify with the Pharisee in this parable. People of Jesus' day would have been surprised to see a respected religious professional showing his arrogance like this. What would people of our day think of us if and when we allow a hidden arrogance to show, however briefly?

I would rather identify with the tax collector, not, of course, because he is hated by his community due to his exploitative profession, but because God liked his prayer better.

The parable is a slice of life and the tax collector comes out, in this particular scene, looking good. But what if we came back tomorrow and he was still there? And next week, and he was still there? Would persistence in static confession be a positive lesson for today? (I almost apologize for this heavy-handed rhetorical question.)

William Muehl, Emeritus Professor at Yale Divinity School, once preached a sermon on this parable entitled, "The Cult of the Publican." He points out that the tax collector looks good because he is in a two-person lineup and the other person is one of our stock villains. Says Muehl,

Nathaniel Hawthorne in his novel The Marble Faun has one of his characters complain about a piece of statuary that catches the human figure in a transitional posture. The living form, he objects, should never be frozen by the artist in such a halfway position that one viewing it for the second or third time longs to cry out, "Well, get on with it. Throw it or drop it. Stand or fall. Live or die. But don't just hang there in between!" (William Muehl, "The Cult of the Publican," All the Damn Angels,Philadelphia: Pilgrim Press, 1972, 25-31)

Muehl points out that the stance of self-deprecating penitence is not to become our permanent spiritual posture. Writing in the early 1970s, he expressed his fear that preaching was dominated by a "gospel of guilt." He makes a good point. If this prayer was the only one the publican ever recited for the rest of his life, if the sense of unworthiness invaded and dominated all his thoughts and self-perception for the rest of his life, then he is the last person with whom we would want to identify. There comes a time when we need to trust that we are forgiven and accept divine grace to move beyond regret, remorse, and acknowledgment of our sins into the arena of sanctification, being blessed to be a blessing to others. We certainly can't do that if we are arrogant like the Pharisee. But, as Muehl helpfully points out, neither can we do it if we remain habitually mired in a sense of our unworthiness. 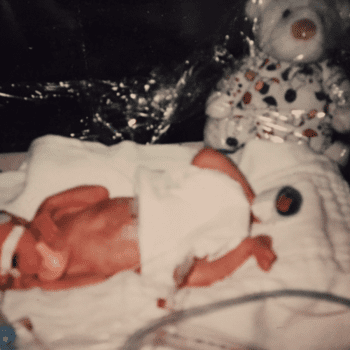 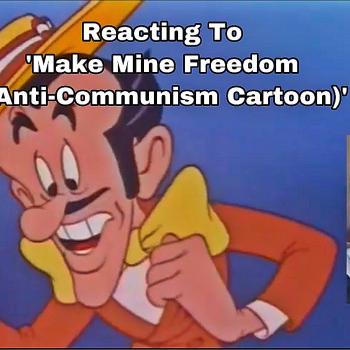 The Secret Mission | #2 | A Substack Newsletter | July 20, 2020
Peter Hammond Schwartz
Get Patheos Newsletters
Get the latest from Patheos by signing up for our newsletters. Try our 3 most popular, or select from our huge collection of unique and thought-provoking newsletters.
From time to time you will also receive Special Offers from our partners that help us make this content free for you. You can opt out of these offers at any time.
see our full list of newsletters
Editor's picks See all columnists