Level with Me: Reflections on Philippians 2:1-11

A couple of years ago during the Christmas season, I delivered a sermon to Salvation Army Bell ringers before they went out to their posts. Even though it was preached in December in the context of Advent, I thought it was appropriate for today, when we connect this passage from Philippians theologically with the Incarnation, as God in Jesus came down on our level. So here is what I said in the fellowship hall of the Arlington Salvation Army the morning of December 21, 2010 to a group of 50 bell ringers.

You all know the story of Christmas Eve. You know the cast of characters. We've got the shepherds, the angels, the wise men, the animals. I invite you to look closely at the young family at the center. There is the young mother, her face serene but exhausted. There is the young father, his face fierce with resolve to protect his vulnerable young family. Then there is the baby. Soft skin. Curled fists. If he's crying, it's not because he knows what's coming. He is a baby, a beautiful baby.

I invite you to walk around behind the manger, and to come backstage. That's what Paul is doing in this passage from Philippians for the Church at Philippi where some people thought they were better than others. In quoting what was probably part of a hymn, he says, in effect, "You need to model yourselves after the motivation and character of God, the mind of Christ."

Let each of you look not to your own interests, but to the interests of others.
Let the same mind be in your that was in Christ Jesus, who, though he was in the form of God,
did not regard equality with God as something to be exploited, but emptied himself,
taking the form of a slave, being born in human likeness.
And being found in human form, he humbled himself
and became obedient to the point of death—even death on a cross.

Therefore God also highly exalted him
and gave him the name that is above every name,
so that at the name of Jesus
every knee should bend, in heaven and on earth and under the earth.
and every tongue should confess
that Jesus Christ is Lord, to the glory of God the Father. (NRSV Philippians 2:4-11)

We say this phrase when we need to know the truth about our future, but we're afraid to hear the answer. "Level with me."

My Uncle Jim would have been 80 this year. He passed away last December. Maybe that's why my mind turns to him this month. He went into the Army right out of high school and trained to be a meteorologist. After he retired from the Army, he opened a map store in Phoenix for a while. Then when he was about 65 he decided to be a Methodist local pastor. He had a lot of health problems. Diabetes. Heart problems. Emphysema. The last couple of years when he was serving a little Methodist Church in Petrolia, TX, he had to wheel his oxygen tank with him up front to preach the morning message. When he couldn't do that anymore, he started writing weekly online inspirational messages called "Jim's Reflections."

One night last fall, when I got home from school, the phone was ringing. I picked it up and immediately recognized his gravelly, East Texas accent. "Alyce, this is your Uncle Jim. I was to the doctor today, and got some tests back. He said it didn't look good. You know I'm an old weather man and we like predictions. So I said to him, "Level with me, doc. How bad is it? Do I have six months?" He said, "Maybe four."  So I'm putting the trailer up for sale and Minnie and I are moving back to Pennsylvania to be near our family. We won't be able to be with you this Thanksgiving. I just wanted you to know.

You can do a lot in four months. You can sell your trailer. You can move with your spouse back home where you grew up. You can make sure she has a doctor and a church for when you're gone. You can attend the family reunion your loved ones organize at the home church.

Jim died four months after his conversation with the doctor, almost to the day. He told the doctor to level with him, and he did.

Level with me means "Be honest with me." It also means, literally, level with me. On the same plane. One person is not higher than another. I am level with you. You are level with me. That was apparently the problem at Philippi, some people feeling they were better than others. Some people today think they are better than others. They have all kinds of reasons. They're good looking. They have money, educational credentials, possessions, power to influence others. Those things aren't necessarily bad. But they don't make anybody better than anybody else in the eyes of God, in the mind of Christ. They're level with you. They're level with me. Some people think they are not as good as others. For all kinds of reasons. They're not good looking. They don't have money, educational credentials, possessions, power to influence others. Not having those things doesn't make them lower than anyone else. Not in the eyes of God. Not in the mind of Christ.

In strife and uncertainty: let us remember loving-kindness
Justin Whitaker
2 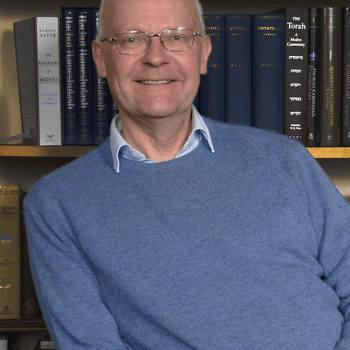 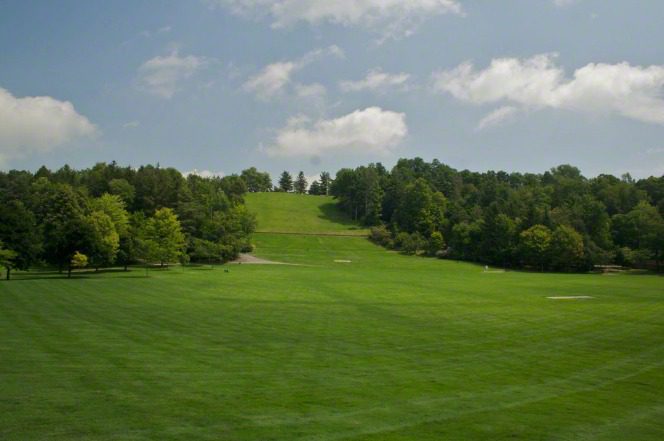 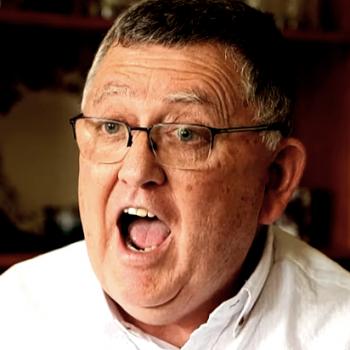 'Therapist' suggests people identifying as gay 'are trapped in a cult'
Barry Duke
Get Patheos Newsletters
Get the latest from Patheos by signing up for our newsletters. Try our 3 most popular, or select from our huge collection of unique and thought-provoking newsletters.
From time to time you will also receive Special Offers from our partners that help us make this content free for you. You can opt out of these offers at any time.
see our full list of newsletters
Editor's picks See all columnists