I'm fascinated by how fascinated we are with the topic of friendship. Theologians, philosophers, poets, songwriters, novelists, film makers, sociologists, anthropologists, and psychologists have all dealt with this topic. Song lyrics and quotes by famous and not so famous people abound on the topic.

The best quote on friendship of all comes from the best friend of all: "No one has greater love than this, to lay down one's life for one's friends" (Jn. 15:13). The friendship of the best friend of all is highlighted in John's gospel. In the synoptic gospels the concept of friend is not nearly as prominent as it is in the gospel of John. In Luke and Matthew, the concept is found in rather negative contexts. Luke refers to friends as handing over Christians in times of persecution (21:16). In Matthew, Jesus as friend is a source of criticism for his opponents. They accurately accuse him of being "a friend of tax collectors and sinners" (11:19). He is criticized for recognizing no boundaries in friendship, for disregarding ritual purity. (Ford, 108)

But the gospel of John is a different story. Here the word friend (philo) occurs six times. Jesus mentions the "friend of the bridegroom" in a positive context in 3:29. Jesus refers to Lazarus as "our Friend" (11:11). We are told that the good shepherd "lays down his life for his friends" (10:11). The disciples are elevated from servants to friends (philoi) in John 15:13-15. The crowd taunts Pilate, calling him "no friend of the emperor" (if he releases Jesus) in John 19:12.

Then there is the verb to love: phileo. The Father loves the Son and shares his plans and purposes with him, which is what friends do (Jn. 5:20). Jesus loves his friend Lazarus (11:36). The one who loves his life will lose it (12:25). The Father loves the disciples because they have loved Jesus (16:27). There are five references in John to the disciple whom Jesus loved. And in chapter 21:15-17 there is the conversation between Jesus and Peter about Peter's love, or lack thereof, for Jesus. (Ford, 108)

In this week's text, John 15:19-17, immediately following on the metaphor of the Vine and the branches, Jesus teaches the disciples that discipleship means friendship with him and with God. Discipleship is being a branch of the vine. It is relational. Hence Jesus' use of the term "friends" for his followers: "I no longer call you servants . . . I have called you friends" (v. 14). Jesus distinguishes friendship from servanthood. To be a friend is to share a personal relationship and to be made aware of the plans and purposes of the other. This is how the Father has related to the Son (Jn. 5:20). Thus, just as Jesus learned from the Father, so now he makes known his purposes to his disciples. (Hillmer, 87) And he states the core value of friendship in the community of followers: "No one has greater love than this, to lay down one's life for one's friends" (Jn. 15:13).

Of course, there are precedents for this sacrificial notion of friendship. If we do a historical rewind, we encounter the notion of friendship in the Old Testament, in Jewish writings between the Testaments and in Greek and Roman philosophy. In the Old Testament several people are said to be friends of God, including Abraham (2 Chr. 20:7; Is. 41:8) and Moses (Ex. 33:11). Older Jewish sources sometimes treated the subject of friendship (Prov. 17:17, 22:24, 27:6,10; Sir. 6:5-17, 9:10, 12:8-9, 13:21, 37:1-6). The theme was most fully developed in Greco Roman writings and Jewish texts familiar with these conventions. Friendship was a favorite topic among the philosophers. The 5th century B.C.E. philosopher Pythagorus famously said, "Friends have all things in common" (Hillmer, 87). The philosophical ideal of friendship was "nothing else than an accord in all things, human and divine, conjoined with mutual goodwill and affection." These bonds of loyalty and affection mean that a friend is someone "for whom I may die, whom I may follow into exile, against whose death I may stake my own life, and pay the pledge." (Seneca, Moral Epistles; Aristotle, Nicomachean Ethics, Rom. 5:7) (Koester, 241)

Pythagoras founded a community that emphasized friendship, the epitome of all virtues. Friendship, he believed, called for the obliteration of estrangement and an ethic of non-retaliation. Competition and rivalry have no place in friendship. Trust is essential. Falsehood is not to be born. Much of this Pythagorean thought was adopted by the Stoics and by the early Christian communities as well. (Ford, 78) New Testament analogies would be the church as the body of Christ and the community of goods in the Jerusalem communities (Acts 4:32-37 and 1 Cor. 12-14). Socrates viewed friendship as the most precious of all possessions, the greatest blessing that a person can possess. A friend shows generosity and courage in supplying every need of his friend. For some friends, one would sacrifice one's own life (Ford, 78). 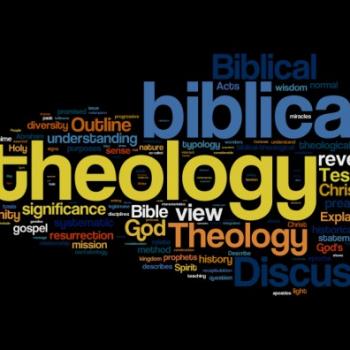 The Importance of Experience in Our Theology
John D Gee
2 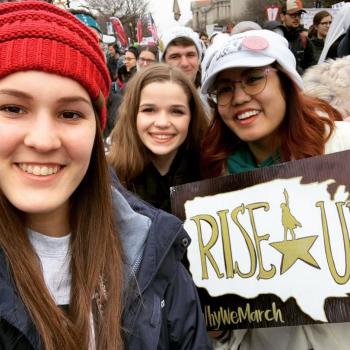 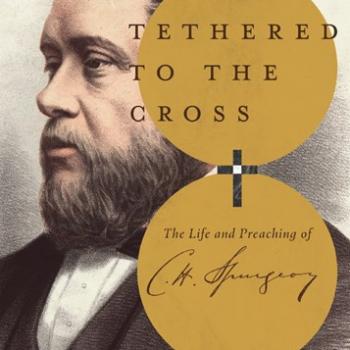 Tethered to Spurgeon
Coyle Neal
Get Patheos Newsletters
Get the latest from Patheos by signing up for our newsletters. Try our 3 most popular, or select from our huge collection of unique and thought-provoking newsletters.
From time to time you will also receive Special Offers from our partners that help us make this content free for you. You can opt out of these offers at any time.
see our full list of newsletters
Editor's picks See all columnists