Christmas Spirit and Ecclesia: What Christmas Movies Can Teach Us about the Church

What is the Church? It's a question with which denominations and individual congregations wrestle, with which theologians and church leaders struggle. But it's also a question that literary and popular narratives have tackled, whether peripherally or head-on, and in one perhaps justly-maligned type of narrative, the Christmas movie, we can actually find useful wisdom on what it means to be both church and Church.

What is the Church? Well, going back to the gospel record, we can see that Jesus told his followers to remember him; he empowered them to bless and forgive, to heal and to cast out demons. He said that upon Peter (or upon Peter's confession of faith) he would build his church, and Jesus' words indicate that he meant something universal rather than merely local. He gave his followers a commission to go into all the world and preach the good news of the Kingdom of God, and the Book of Acts and the Pauline epistles show us a people attempting to do just that. The gathering of those who follow Christ became a group participating in the body of Christ, and with it, they gained the real sense that their fullest knowledge of Christ—and perhaps of themselves—came in community.

While over the years, members of the Church argued (early and often), over worship, over spiritual practice, and over practically everything else, the universal church of Christ remains. It has been divided, particularly since the Protestant Reformation, and in America, denominationalism and individuality have stolen much of a sense of a holy, catholic, and universal apostolic church.

But the body of Christ is more than a set of denominations, more than a few national headquarters plopped down in Nashville, Louisville, or New York. It is where most Christians encounter God—and find God in the faces and voices of others who also seek God—and it is our link with all others who profess Christ as their path to God. As William Sloane Coffin wrote in Credo

It seems to me that in joining a church you leave home and home town to join a larger world. The whole world is your neighborhood, and all who dwell therein—black, white, yellow, red, stuffed and starving, smart and stupid, mighty and lowly, criminal and self-respecting, American and Russian—all become your sisters and brothers in the new family formed in Jesus. (143)

Like the little church shown at the end of Places in the Heart, filled with black and white, redeemed and sinning, even alive and passed on, the Church is the one place in human existence where we are all promised to belong, to God and to each other.

It is an imperfect institution, because it is made up of imperfect people. And still, the Church is the hope of the world.

In The Gospel According to Hollywood, from which this piece is drawn, I suggested that we can sift popular Hollywood films for their spiritual meaning, and argued that even in films that seem to have nothing to do with religion, we can find hints of divinity or life wisdom that have spiritual power. Paul Tillich was one of many modern theologians who have argued that we can discern "prophetic voices" in works of the culture, and he spoke often about a Latent Church in which "the ultimate concern that drives the manifest Church is hidden under cultural forms" (The Essential Tillich, 110). Although, until recently, faith and belief weren't explicit subjects in most movies, they can still be found.

But there's one popular form of American film where the concepts of belief and of fellowship (one of the earliest Greek names for the church is "koinonia," a fellowship or gathering of the like-minded) are powerfully expressed, and that is the Christmas movie. With the exception, perhaps, of It's a Wonderful Life, it's probably true that (as with most of popular films) we can't look to Christmas films for straightforward expositions of belief in God. It's also true that if we simply take things at face value, we'll end up with an odd understanding of faith. We've so badly confused God and Santa Claus that our Christmas films tend to be a theological mishmash. But all the same, even bad Hollywood Christmas movies show how important our culture finds some of the core components of faith and belief, and so I suggest we can draw valuable lessons from many of them. 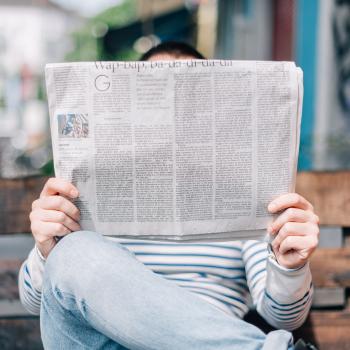 Are You Being Truthful With Yourself?
Joey Willis
2 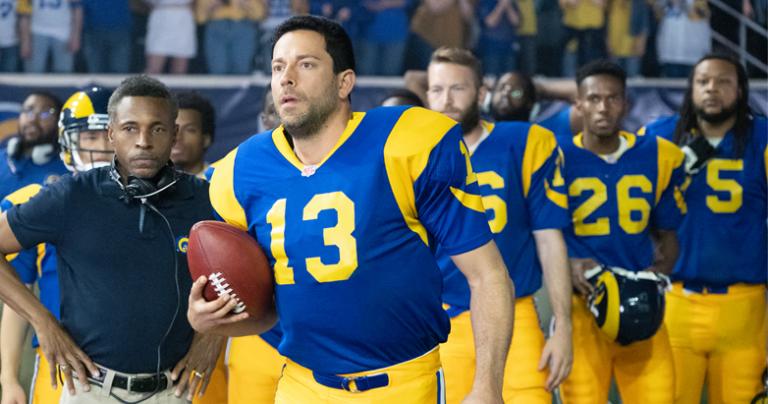 First Look: The Erwin Brothers' 'American Underdog: The Kurt Warner Story'...
DeWayne Hamby
Get Patheos Newsletters
Get the latest from Patheos by signing up for our newsletters. Try our 3 most popular, or select from our huge collection of unique and thought-provoking newsletters.
From time to time you will also receive Special Offers from our partners that help us make this content free for you. You can opt out of these offers at any time.
see our full list of newsletters
Editor's picks See all columnists