The Faith of a Soldier: Reflections on Luke 7:1-10

Wendy Cotter's book, The Christ of the Miracle Stories, is an account of the miracles Jesus performs in the synoptic gospels. The subtitle of the book—Portrait through Encounter—is intriguing. She traces the portrait of Jesus that emerges from Jesus' encounters with a series of "surprising petitioners."

Cotter's work caused me to look at this well-known text with some new questions in mind. What does this encounter tell us about the centurion? And what does it tell us about Jesus? Finally, the question is, what does it suggest to us about our faith relationship to Jesus?

The centurion is a petitioner.

For whom is the centurion beseeching help? There is a version of this story from a collection of Jesus' sayings that scholars refer to as the Q document. It predates Matthew and Luke, and they both used it in preparing their gospels. In the Q version, the centurion speaks directly to Jesus and with much less detail than Matthew's version (8:6). He says simply, "My boy (pais) is doing badly." The brevity of the plea adds to its poignancy and points to the plain spokenness of a career soldier.Scholars differ as to the interpretation of pais. The Q version andMatthew have pais, whileLuke has doulos,slave or servant.Speculations include that this boy is his son, his servant, or his young slave/lover.

Roman soldiers were not allowed to marry, though common law wives were not uncommon. It seems unlikely that the centurion would boldly admit to such a breach of military conduct before Jesus. The practice of pederastic relationships was widespread in Roman society. Given the attitude of the Jewish faith toward homosexuality, it could explain the centurion's reluctance to have Jesus come to his home. But there is no definitive evidence that this was the kind of relationship in place here. And if it were, the role of the Jewish elders would be difficult to explain. While the precise nature of the relationship is blurry, what is clear is that the centurion has a deep concern and affection for this young man.

Whatever the relationship the centurion has with the ill young man, the story's focus is on this soldier's relationship with Jesus.

The centurion affirms his confidence in Jesus to command healing forces, based on his own experience both of receiving orders and of giving them. When he speaks, those beneath him in the military hierarchy do what he says. The same, he trusts, is true of Jesus.

The centurion knows how to takes orders.

The centurion, in the first place, knows how to take orders.

Vegetius was an historian from the 5th century, the period of the late Roman Empire, who wrote a book called The Epitome of Military Science. In it, he described the qualities of a centurion in rather glowing terms.

A centurion is chosen for great strength and tall stature, as a man who hurls spears and javelins skillfully and strongly, has expert knowledge how to fight with the sword and rotate the shield, and has learned the whole art of armature. He is alert, sober, and agile, and more ready to do the things ordered of him than speak, keeps his soldiers in training, makes them practice their arms, and sees that they are well clothed and shod, and that the arms are burnished and bright. (Vegetius, Epitome of Military Science, quoted on Cotter, p. 114)

From that description, what jumps out at me in relation to our story from Luke is that he is "more ready to do the things ordered of him than speak." In other words, he understands obedience to his superiors. (Cotter, 114)

The centurion knows how to give orders.

The first-century Roman-Jewish historian Josephus describes the daily duties of Romans soldiers in this way:

"Nothing is done without a word of command. At daybreak the rank and file report themselves to their respective centurions, the centurions go to salute the tribunes, the tribunes with all the officers then wait on the commander-in-chief, and he gives them, according to custom, the watchword and other orders to be communicated to the lower ranks" (Josephus, J.W. 3.98, quoted on Cotter, 106).

Cotter concludes, "Thus the training and religious oaths of the soldier and the centurion prepared him for a life of orders and obedience to orders, as had been sworn to the deities and powers" (119).

The centurion knows to address his superiors.

This story features a man whose world is the army, who recognizes how to address a superior officer. He addresses Jesus as "Lord," because he thinks of Jesus as someone of lofty rank. (Cotter, 107)

According to Cotter, Jesus' response to the centurion's display of confidence in him reveals something of Jesus' heart/soul. 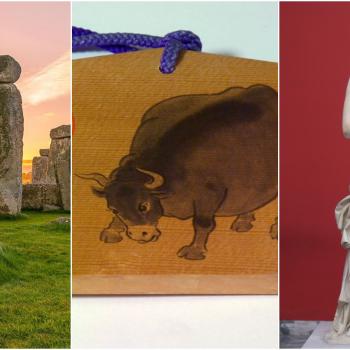 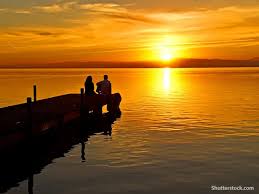 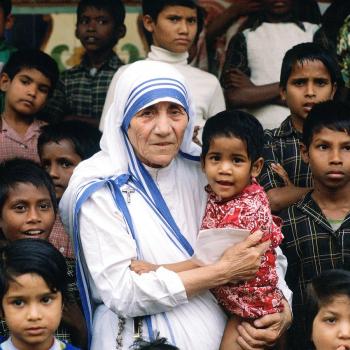 Some Pro-Life Thoughts
Mark Wilson
Get Patheos Newsletters
Get the latest from Patheos by signing up for our newsletters. Try our 3 most popular, or select from our huge collection of unique and thought-provoking newsletters.
From time to time you will also receive Special Offers from our partners that help us make this content free for you. You can opt out of these offers at any time.
see our full list of newsletters
Editor's picks See all columnists