Jesus Is Not Coming Soon

Although they're fresh off their last brutal beatdowns by reality in 2011 and 2012, Christian prognosticators are yet again forecasting the End of the World. It doesn't matter that they've been wrong every single time they've done this for 2000 years. It doesn't matter that Jesus himself told his followers that nobody knows this stuff. Some Christians are always predicting The End, because The End is all that interests them. So it is that on my drive to Baylor University this morning, I saw that someone has bought a billboard on I-35 to advertise that now Jesus will return on August 2, 2027.

Yes, fourteen years from now. So we've got plenty of time to lose our minds.

Here's how to design Rapture advertising, apparently: Insert the Bible verse you're psyched about, insert your prediction, insert URL. (I couldn't find the website. Maybe it won't go up until 2025.)

My family occupied Southern Baptist and Pentecostal churches, twin traditions that predicted the Rapture of the Saints as imminent, and millions of American Christians are still looking for the Rapture next Tuesday or so. The Rapture, for those of you fortunate enough not to have been inculcated with the belief, is a recent reading or misreading of scripture dating back to the 19th century, and made popular in the United States in the 20th by the Scofield Reference Bible (one of which I was given by my Assembly of God grandfather). In a primary understanding of the Rapture, Jesus will make a special trip back to lift the faithful into the skies before the Great Tribulation (since God wouldn't want God's people to remain among the suffering hordes), and then later, Jesus will return again (maybe he has frequent flyer miles) to preside over the Final Battle and the Final Judgment.

Some of my relatives have been trying to convince me for fifty years that the signs of the present moment are all in alignment ("Prince William is the Anti-Christ. Honest! This time I'm right!"), and the Rapture is about to occur, but I ain't buying it. It's the same thing they've been trying to sell since I was a kid, when The Oak Ridge Boys sang "Jesus Is Coming Soon" (and I also sang it as a "special" (a solo) in church in my unchanged boy soprano):

Jesus is coming soon, morning or night or noon
Many will meet their doom, trumpets will sound
All of the dead shall rise, righteous meet in the skies
Going where no one dies, heavenward bound

Jesus didn't come. For many years, this constant failure to read God's calendar aright made me think all Christianity was dopey. Now I simply believe that it's the Rapture that is trash theology, and I argued so at length in my book The Other Jesus. Partly I don't want to believe in a Christianity that's more about membership cards than being with those who suffer, and I don't believe the vision of the Rapture and the Angry Jesus cleansing the world are in accord with the messages of the Gospels.

But mostly I want us all to stop talking about Heaven and Hell, about who's going to be in either one, about the Rapture of the Saints, about whether Jesus will return with a sword or on a unicorn.

Whenever Christians go on and on about Heaven or Hell, or predict Jesus is going to return next week and take them home, the larger culture just thinks that we're crazy. All of us. The mistaken Raptures may be worst because they bring ridicule upon us all, since the secular world tends to think of Christianity as monolithic, and these very public mistakes cause even the sympathetic among the secular to ask, "If Christians are wrong about this, what else are they wrong about?"

But a focus on the end of things by Christians of any sort also deforms our faith. Christianity does have beliefs about what happens to us after we die and about the end of time but as N.T. Wright argues, most of us misunderstand those beliefs fundamentally: the Bible is not primarily about how we will go to Heaven when we die. So when we think of Christianity as largely or even mostly Afterlife Insurance, we will most certainly fail to come to grips with the many teachings in both the Old and New (Hebrew and Christian) Testaments about how the faithful should live in this present life.

If we believe Jesus is going to make a special trip to strap jetpacks on us, we aren't forced to care about our brothers and sisters (the heathen who are staying behind to be destroyed anyway), about the creation we've been given, about any of the tasks God assigns us through the prophets and through Jesus himself. If, for example, your primary interest in Israel, like that of Texas pastor John Hagee and his millions of followers, is how you can help promote your version of the End of Time through the Chosen, how can you truly be a Friend of Israel? 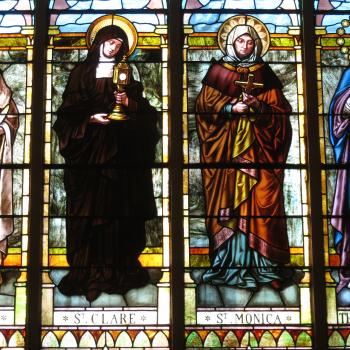 Saints Are Sinners, Too.
René Albert
2

No, Flannery O'Connor Has Not Been Canceled
Rebecca Bratten Weiss
3 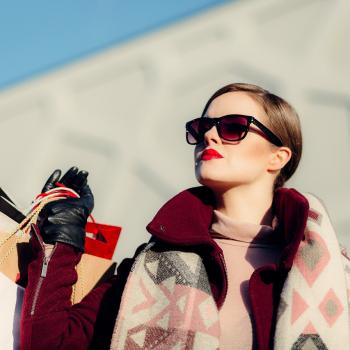 Your Friends Influence Your Shopping Decisions More Than You Think
Gleb Tsipursky
Get Patheos Newsletters
Get the latest from Patheos by signing up for our newsletters. Try our 3 most popular, or select from our huge collection of unique and thought-provoking newsletters.
From time to time you will also receive Special Offers from our partners that help us make this content free for you. You can opt out of these offers at any time.
see our full list of newsletters
Editor's picks See all columnists