The Power of Three: Reflections on Trinity Sunday

There is a Norwegian proverb that says, "All good things come in threes."

That is certainly true on this Trinity Sunday.

I have a friend named Dale who had a two-year-old daughter, Katie. He and his wife, Debbie, and Debbie's mom shared in Katie's care. One evening, while Debbie and her mom were out grocery shopping, Dale, who had the evening shift, bathed Katie, put her in her footie pajamas, and set her down with some toys in the family room while he made dinner. He opened the oven to put the green bean casserole in and remembered he had forgotten the French fried onions. Leaving the oven door open, he went to the pantry to get them. He heard a sizzling sound and a child's cry and turned to see Katie with her hands on the oven rack. He scooped her up, took her to the ER, calling Debbie on the way.

Dale says he was just glad he made the cut!

In trying times, we would do well to take a page out of a two-year-old's book and trust in the power of three. The best parents slip up and life can hold unexpected traumas, but when the three-in-one names we recite are "Father, Son, and Holy Spirit," we can face the worst life can dish up.

This Sunday, Trinity Sunday, features several texts that weave together a faith-inspiring tapestry.

Psalm 8 is a beautiful psalm of praise to our Creator God, expressing grateful awe that God cares for us and has given us the responsibility to serve as stewards of Creation.

Proverbs 8:22-31 portrays the Wisdom of God active at Creation. It describes the activity of Personified Wisdom, a figure that arose in the imaginations of the sages of Israel, probably in the tumultuous post-exilic period, as a way of expressing God's guidance of the community. Wisdom (hokmah in Hebrew, sophia in Greek) has been, at varying times in Scripture and in church history, identified with both the Son and the Holy Spirit.

Proverbs 8 depicts the Wisdom of God as a helpmate in Creation. The figure of personified Wisdom that arose in Proverbs remained an important symbol as Judaism developed in the Hellenistic world, focusing on her Greek name, Sophia. Works in the period between the testaments (The Wisdom of Jesus ben Sirach and the Wisdom of Solomon) developed her portrait as acting at God's command, ordering the cosmos and revealing God to Israel. Philo of Alexandria, a Hellenistic Jewish philosopher, used Wisdom and Logos (Word) interchangeably as symbols of the working of God in the world and we see in the Prologue to John's Gospel the attribution to the Logos of Sophia (Wisdom's) work at creation in Proverbs 8. (Many scholars believe that the substitution of the masculine "logos" for the feminine "Wisdom" is a choice that foreshadowed the later neglect of Wisdom in Western Christianity.)

Paul, in 1 Corinthians 8:6, attributes to Christ the cosmological role in creation that had been held by Wisdom. Most early church writers followed Philo's lead and identified Wisdom with the Logos, and thus, with the divine in Jesus. Others, like Irenaeus of Lyons, identified her with the third person of the Trinity. The affirmation of Sophia of Proverbs 8:22-31 as fully divine and consubstanial with the Father was crucial for Athanasius' claim that Jesus was begotten by God and not a creature who had a beginning in time. (McKenzie, Preaching Proverbs, 72)

In Proverbs 8:30-1, Wisdom says of herself: "...then I was beside him like a 'master worker;' and I was daily his delight, rejoicing before him always, rejoicing in his inhabited world and delighting in the human race."

The word translated "master worker" (amon) remains somewhat mysterious. It may refer to a "crafts (wo)man" assisting in the work of creation or it could connote a child playing. It may ultimately derive from the Akkadian ummanu, "sage, or artisan"(Clifford, 60-61).

So Personified Wisdom, whether we identify her with Jesus or the Holy Spirit, delights in the human race and in all of God's creation and is present and active with God in the process.

Romans 5:1-5 reveals thattheHoly Spirit is the means by which God's love is poured into our hearts to comfort and strengthen us in times of hopelessness and trial.

In John 16:12-15 we meet the Holy Spirit who, Jesus promises, is going to guide us into all truth, conveying the presence and influence of Jesus in the absence of his physical presence.

To us as Christians, the witness of Scripture is to the Power of Three. We are encouraged to remember and to call on the power of One in Three and Three in One in any and every situation, no matter how trying. 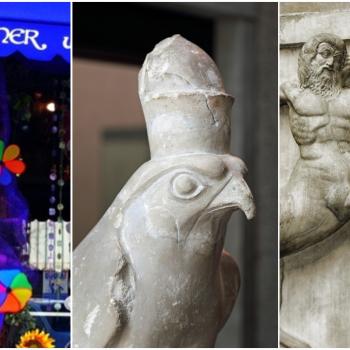 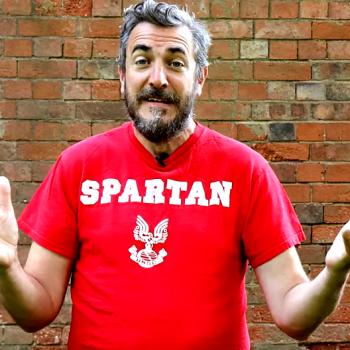 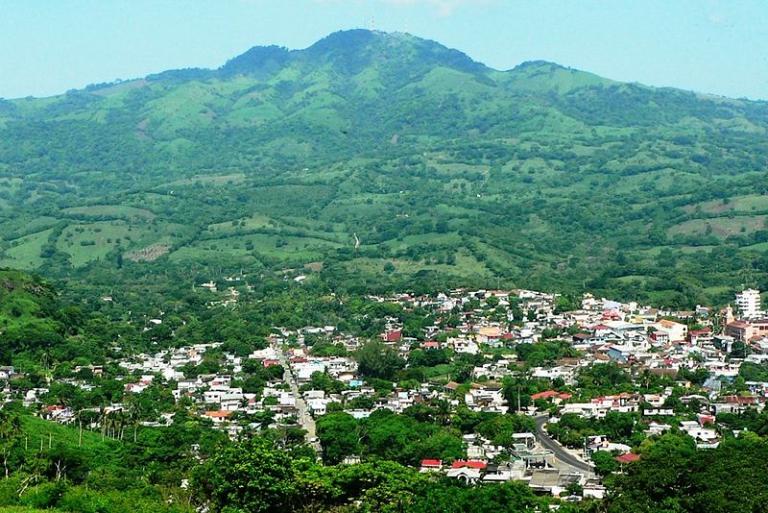 "Another Breakthrough for the Arabian Peninsula Evidence for the Book of...
Dan Peterson
Get Patheos Newsletters
Get the latest from Patheos by signing up for our newsletters. Try our 3 most popular, or select from our huge collection of unique and thought-provoking newsletters.
From time to time you will also receive Special Offers from our partners that help us make this content free for you. You can opt out of these offers at any time.
see our full list of newsletters
Editor's picks See all columnists