A Prodigal Son, An Undignified Dad: Reflections on Luke 15:11-32

The older son objects to the warm welcome and the gifts, the signs of honor. And he has a valid point. Isn't this celebrating excessive? This son of his father's (15:30) has squandered a third of the family property and now will be living off his share. He wonders if this is good parenting on his father's part. Where are the consequences? Isn't the father just enabling more irresponsible behavior on the boy's part? Where is the chore list? Where is the gradual repayment plan? His objection is a reminder that those who receive the free grace of God respond by bearing fruit.

And then there is the response of the father to the older son. His handling of the interchange with his older boy is parenting at its best. He does not condemn the older brother. He quietly assures him of his concern and love for him as well as his younger brother. He tells him of the course of action he has chosen and leaves it up to him to decide on his own. We are left, at the end of the parable, not sure whether or not he will go into the banquet hall.

We too are left, at the end of the parable, not sure whether or not we will go into the banquet hall. Maybe the affront to our sense of fairness will overpower our yearning for the forgiveness and joy that lies within the banquet hall. Maybe we will go off to the barn and fork some hay to work off our frustrations, while the sound of the festivities annoys our ears. Or maybe our yearning for the love that lies within the banquet hall will overcome all else, and we will enter into the joy of a God who rejoices over the return of every lost child.

A psychologist says Trump is dangerously crazy – and she's his niece!
Barry Duke
2 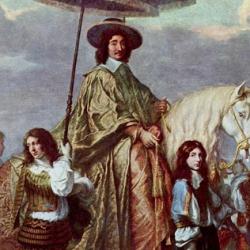 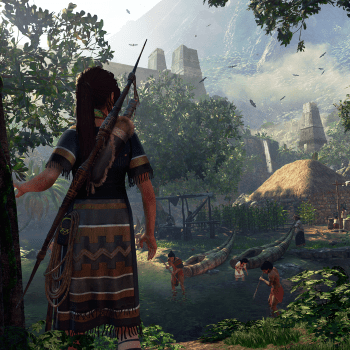 On Good and Evil in Video Games (Or, Notes on a More Ethical Lara Croft)
John Ehrett
4

MAGA Cultist Pastor: If Churches Don't Open Their Doors ASAP, the Communists...
Hemant Mehta
Get Patheos Newsletters
Get the latest from Patheos by signing up for our newsletters. Try our 3 most popular, or select from our huge collection of unique and thought-provoking newsletters.
From time to time you will also receive Special Offers from our partners that help us make this content free for you. You can opt out of these offers at any time.
see our full list of newsletters
Editor's picks See all columnists