The Crisis and God's Time

What a month it has been. This past month has been a "vacation" I didn't ask for and had no interest in, a time of separation from normal life and its responsibilities and joys. I have hardly been able to write anything. Yet in some ways it seems as if everything has changed, and nothing is what it was before.

Until the middle of Labor Day week, I thought my next Patheos column would be entirely about the infestation of my home by bird mites, a tiny biting mite than comes in droves and drives a homeowner to the point of despair—perhaps even insanity. From the middle of August to the morning of September 4, my life was completely taken over by these mites, which invaded my home after birds abandoned a nest built under my patio roof.

The online literature about these mites was very discouraging. People described lives of constant vacuuming; of washing all their linens every day using 20 Mule Team Borax (which, incidentally, produces a lot of discolored sheets and clothing); showering with coal-tar products, Windex, and a Listerine solution; frequently washing off walls with bleach cleaner; and repeatedly spraying corners and areas under furniture with insecticide. It seemed hardly worth being alive if this was what I had to look forward to.

Fortunately, I began finding websites with more information about the bird mites. They can't live more than a couple of weeks without their avian hosts. Removing the source—in my case, the bird's nest and bird feeder on the patio—causes the mite population to dwindle. They won't survive if the humidity is low and the temperature drops. (In August, my area of southern California experienced an epic bout of near-Floridian humidity coupled with desert heat, a weather pattern no one could remember ever seeing before. The conditions had to be exactly right for this mite infestation to flourish as it did.) Using diatomaceous earth powder on floors and carpets, meanwhile, is a way to shred the mites' exoskeletons and bring about their demise.

After days of tearing the house apart, vacuuming, running multiple loads of laundry, using foggers and sprays, and spending some nights in local motels, I decided to vacate my home for an extended period. I drove to Oklahoma to stay with Mom and visit family. There was and remains a certain sense of detachment from the practical requirements of daily life; it seems as if there has been a great gouge carved in my spirit, and as if God and I are on a new, perhaps shaky and unfamiliar, set of terms.

The theme of "threes" has tied this episode in my mind to a peculiar watershed in the story of America, which occurred during Labor Day week. My own set of "three" unfolded in a homely manner. While dealing with the bird mites, I had three especially difficult nights. On the first of these nights, I seemed to be tested on trusting the Lord; in that case, trusting Him for a good night's sleep, although it felt as if I would never shower all the mites off that evening. (The Lord delivered on the good night's sleep.)

On the second of these nights, the test seemed to involve suffering the biting mites, just because I believed God was asking me to. This was extremely hard, but eventually, I simply had to decide that I couldn't be out of accord with the Lord. It's hard to convey the difficulty of this decision; I fought it for hours. Fortunately, I didn't have to endure the biting more than a few more hours that night.

On the third of the difficult nights, I couldn't get rest anywhere. I was in a motel room, and had showered very thoroughly, but the mites seemed to be everywhere, biting relentlessly in their random, nerve-jangling way. At length, I went outside and tried to sleep in my car, as there was nowhere in the motel room to get away from the mites. But the car was no refuge either. I showered twice that night, changing my sleepwear each time—with fresh, just-washed items—but it made no difference. It seemed as if the mites were reappearing, against all reason, everywhere I went. I was awake and on edge the entire night, unable to lay my head down anywhere, unable even to sit.

In that same motel room, on the following night, I slept in perfect comfort. And there was no sign that the motel staff was troubled in the least by any mites during my stay. By this time, I had come to understand that what was going on was as much between me and God as it was a manifestation of simple physical events.

In the early dawn after that dreadful night, I could think of only one thing to do, and so I began praising God, warbling though tears of exhaustion the old hymn "How Great Thou Art." As I did so, it came to me that God had known how I would respond at each step along the way. It was I who needed to discover the changes He has made in me over the years. It was I who needed to see that I was different now. The test wasn't for His benefit; it was for me.

I suspect that there are many people with stories of hardship and testing from the last few months of this year. (I know members of my family have such stories.) I believe we are in a time of intense testing today, and it brought me up short during Labor Day week to see the strange episode at the Democratic National Convention, when a crowd of delegates shouted—three times—against God. 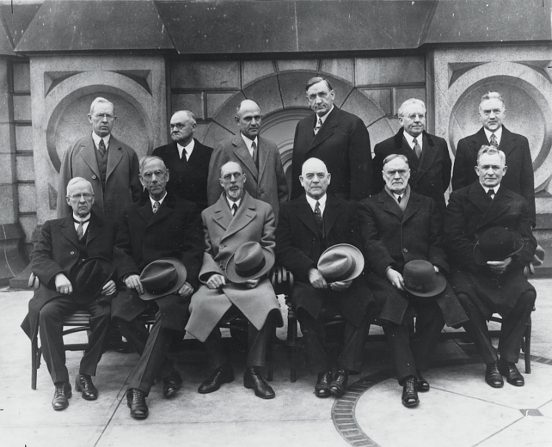 Do You have a Plan for After Trump Ends Social Security?
Rebecca Hamilton
Get Patheos Newsletters
Get the latest from Patheos by signing up for our newsletters. Try our 3 most popular, or select from our huge collection of unique and thought-provoking newsletters.
From time to time you will also receive Special Offers from our partners that help us make this content free for you. You can opt out of these offers at any time.
see our full list of newsletters
Editor's picks See all columnists