Big Movies Face off on the Big Question 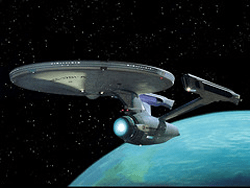 Looming even larger than the combined gripping story lines and stunning visual effects of three current movie blockbusters is the gigantic question they each address in one way or another: What is the meaning of existence? (aka) Why are we here?

In Angels and Demons, the answer to the ultimate question seems to be that we are here for reverence and remembrance regarding matters of faith, specifically Christian Faith, as presented in the movie. Langdon, portrayed by Tom Hanks, sets out to protect the Catholic Church against the wrath of The Illuminati, an ancient secret brotherhood bent on violently avenging the Church's own violent assault against science centuries earlier. Though Langdon himself is not a person of faith, declaring at one point, cleverly and seemingly honestly, "Faith is a gift I have yet to receive," he, nonetheless, matches the ruthlessness of the avenging assailants with a rigorous pursuit of the truth.

Interestingly enough, what Hank's faithless character defends at all costs is the Church's love affair not only with God, but, just as importantly, with an entrenched ecclesiastical culture of faithfulness to God. Throughout, movie-goers are showered with images of angels, saints, and relics that are deemed as being worthy of the highest human esteem. "If religion is flawed," Landgon is told, it is because "man is flawed." Awareness of the flaw need not diminish faith; it may even deepen faith.

Star Trek presents a cast of lesser-knowns who are instantly well-known via their legendary characters. (I am far from being a "Trekkie," yet it felt sweetly nostalgic during those cinematic moments when Captain Kirk, Spock, and company were each identified in their youthful stages.) Star Trek's cosmic response to the great question is that we are here to choose our paths and live them as best we can, with head and heart. Though one need not abandon faith in God to hold this view, it is clear that what is important in this interpretation of the meaning of life is not some divine pre-ordained script that one discovers, interprets, and lives, but, rather, the acceptance of an adventurous challenge to create one's way as one goes along. Young Spock, part human and part Vulcan (something that he at various times celebrates and stresses over), is told by his father that he alone can and should decide his path in life.

Though the importance of individual choice may be the primary answer offered to the question of ultimate meeting, it is not the only answer. The Vulcan blessing, given several times throughout the movie, serves as a possible avenue, if not destination, for human meaning: "Live long and prosper."

Finally, there is a lesson to learn about ultimate meaning from the movie's villain, Nero. Of Romulan ancestry, Nero has time-traveled into the future and observed the obliteration of his planet - a reality he believes Spock could have prevented. Holding Spock accountable, he jumps back to the past and dedicates himself to destroying the planetary residence of the Vulcans, thereby inflicting comparable pain and suffering on Spock. Nero's problem is that he commits himself to settling a score in the present for something that may or may not, depending on a myriad of circumstances and choices, occur in the future. The lesson: We risk diminishing the present when we allow ourselves to be led by the unclear, incomplete, and sometimes completely false claims of the future.

Terminator Salvation is a saga of humanity's struggle to survive a war with brutal and extremely battle-savvy machines. John Conner is the visible savior who, like Nero in Star Trek, jumps back in time because of what he has seen in the future. Unlike Nero, Conner's motivation is not to destroy life, but to save it, including the life of his young father.

It is John's father who has one of the most poignant, if shortest, life-meaning lines in the entire movie. Held captive on a space slave-ship, he makes an emotional appeal to the wailing and wounded around him to focus on "staying alive." In a context in which the human condition has become clouded by the dark skies of oppression, the first and only purpose is crystal clear: Stay alive!

Though Conner is the visible savior, a shadow-savior saves him. Marcus Wright, a dead murderer has been reconstructed by Skynet, the corporate mind behind the machines. His programmed role is to infiltrate Connor's band, "The Resistance," and defeat humanity once and for all. Skynet's undoing is that they mechanized everything about Wright, everything, that is, but his heart. Inspired by the strength of his human heart, which the movie identifies as "the difference between humanity and machine," Wright literally rips out the program that has been placed inside of him by those bent on destroying humanity, and follows his heart. Indeed, he makes the ultimate sacrifice, yielding up his heart, so that a direly wounded John Conner can go on living. With this heroic gesture, another of life-meaning possibilities presents itself: benevolence, or living for the benefit of others.