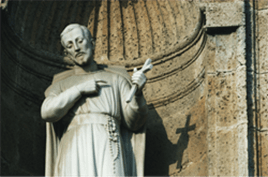 The exercise of teaching authority within the Catholic Church, especially on controversial issues such as artificial contraception, raises an important question: Who speaks for the Catholic faithful on such issues? Is it the magisterium, theologians, laity, or a combination of the three in dialogue? Drawing on the Christian theological tradition of charisms and Pope John Paul II's "dialogue of charity" we propose a complementarity of charisms between the magisterium, theologians, and laity to formulate magisterial teaching.

Charisms are defined as "free gifts of the Spirit intended for the building up of the church, the Body of Christ." The Second Vatican Council affirmed charisms as "a grace-given capacity and willingness for some kind of service that contributes to the renewal and upbuilding of the church," but it struggled with the question of authority and the tension between the charisms gifted only to hierarchical officeholders and the charisms gifted to all the faithful in the church.

The magisterium has the charism to teach authoritatively, even infallibly. The task associated with this charism is described as "authentically interpreting Revelation." While this task describes how the magisterium has been exercised in recent history, there is a serious question that challenges the full magisterial realization of this task. Francis Sullivan points out that "authoritatively interpreting the Word of God, both in Scripture and Tradition," is problematic, for the exegesis of scripture and the documents of tradition are dependent upon a theological expertise that "few bishops are qualified for."

The late Cardinal Bernardin confirms this judgment. If bishops are not qualified to do this scholarly work then they must consult with theologians who are qualified. In formulating magisterial teaching, however, consultation between bishops and theologians is narrowly exercised and often limited to one school of theology, that school which uncritically supports the magisterial position. In addition, bishops who would consult with a broader contingent of voices may be criticized or ignored by Roman curial officials due to Roman centralization. This centralization severely hampers bishops in the consultative process, limits the possibility of dialogue, and raises the issue of wise governance in the church.

Nicholas Lash comments on the current situation in the church. "The subordination of education to governance is at the very heart of the crisis of contemporary Catholicism." Authority in the church has collapsed into governance without proper preparation, and the teaching that results from this collapse is "proclamation construed as command." Yves Congar points out that obedience to church authorities is called for when the church is conceived as a monarchy and dialogue and consensus are called for when it is conceived as a communion. "It is certain," he adds, "that this second conception was the one that prevailed effectively during the first thousand years of Christianity, whereas the other one dominated in the West between the eleventh-century reformation and Vatican II." Today the magisterium seeks to command without having to "explain, prove, convince, appeal to human intelligence," and this has created both a crisis in credibility for church authority and a strain for the possibility of dialogue between the magisterium, theologians, and the entire body of the faithful.