Devoted to living with the dying 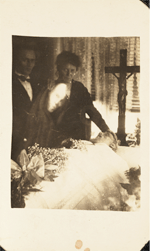 As Protestants, we usually think of "devotional practice" as sitting down with a Bible to understand the word for our lives. I was surprised to learn that devotional practice for early Evangelicals often involved getting out of their chairs. A recent book, Heart Religion in the British Enlightenment (by Phyllis Mack), describes how caring for the sick and elderly was considered crucial to growing in grace for 18th-century believers. John Wesley himself "defined the office of visiting the sick as a work of mercy that would also be an exercise in humility, an aid in cultivating social affections, and a means of attaining grace."

Our nursing homes and hospital rooms usually feel like secular spaces, where we defer to a medical culture centered around the body and its technology. It's true that 18th-century medicine left much to be desired, and the physical care Methodist laypeople offered each other might be the only care available. Yet for early Evangelicals, the bedside of the sick or very old often became a sacred space around which laypeople gathered not to focus primarily on the body but to offer and receive soul-care.

The medical community itself is paying renewed attention to the quality of relationships that form around the patient nearing the end of life. A recent New York Times article about end-of-life care calls for "redefining hope." The author encourages doctors to communicate early that death is approaching, and to focus more on allowing relationships to be nurtured in the last days and months rather than on implementing the most aggressive treatment plans.

In the context of our churches, how is it that relational care for the ill or very old has become delegated to pastors and the immediate family rather than forming part of the ordinary Christian life? There are academic ways of approaching this question, touching on the history of medicine, the professionalization of the pastorate, and change over time in women's "spheres," among others. However, it is also a question of our scope for what constitutes the "devotional," and what kinds of spaces seem sacred to us.

A colleague recently invited me to accompany her on one of her weekly visits to a nursing home. She didn't really want me to come - she only wanted me to chaperone my daughter, a chubby toddler with golden curls who determinedly smiles at strangers until they smile back. My first thought: how am I going to keep my cherub from picking up every bacterial strain in the building? I reluctantly agreed to the invitation and we met many of the nursing home residents, mostly hearing stories about their grandchildren and great-grandchildren who live far away. My daughter didn't get sick on this or subsequent visits. More importantly, in ways I'm not sure I yet understand, these afternoons have been among the most spiritually meaningful of my year.

In her new book, Acedia & Me, Kathleen Norris speaks of a "curious silence" in our society about phenomena like "granny dumping," where the elderly are anonymously left on nursing home doorsteps. She views our corporate neglect of those at the end of their lives as part of an epidemic of sloth in American society. Medical care for those at the end of life is full of complex and important ethical dilemmas. For Christians an additional kind of question arises: who is called to sit and listen to those who might otherwise suffer alone?