An End to Social Strife over Sexual Orientation 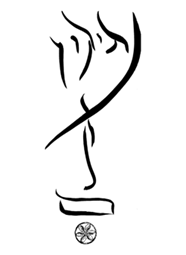 I just attended an extraordinary event. Rocky Mountain Hai had a booth at Pride Fest in Denver. The event was quite exciting and illuminating. I have always thought of myself as an informed and open-minded person. But I must tell you that Pride Fest was an eye-opening experience for me. As I watched the thousands of Gay, Lesbian, Bisexual, and Transgender individuals pass by our booth and stop to chat, I noticed that they were just like everyone else. There were tall ones and short ones, thin ones and thick ones, black ones and white ones. I am confused by all the fuss in this country about gay folk. Of course some were people dressed in strange and wondrous costumes (but then people have commented on my style of dress as well) but most of the participants in Pride Fest were dressed just like everyone else.

Democrats seem to be in favor of changing laws moving toward equality for this group of people. But though they have a winning majority in the House and in the Senate as well as a Democrat in the White House, nothing has changed. Men and women are still being thrown out of the military because of their choice of loving partners. Men and women are still being turned away from receiving licenses to marry because they are different. Why hasn't the democratically elected Democrats ended this terrible inequality?

Republicans speak of the lofty value of individual rights, such as the right to own a handgun, the right for government not to interfere in their businesses, the right for the wealthy to pay fewer taxes. Yet these same Republicans wish to create and enforce their personal definition of love as a matter of national law. They seek even to amend our constitution in order to interfere with the choice that a person has regarding whom s/he is allowed to love. Why do the Republican guardians of the republic wish to add another interference from our government?

Leaders of many religious groups have made decisions for their members regarding whom they are allowed to love. Okay, I guess I understand that. If one joins a private organization that organization can make whatever rules it wants. One has the right to obey those rules, change the rules, or leave the organization. Orthodox Jews separate men and women when praying, Catholics do not allow women to become priests, and most Muslims require a belief in Allah and respect for the prophet Muhammad and his teachings. I get it. If I wish to be a member of any of those groups, I can either accept the rules or try to change them through peaceful means. But I shouldn't flaunt my disagreement in their faces, in their establishments. It is just tacky. On the other hand, if I am not a member of that group, do they have a right to embarrass me, forbid me, or harm me for living by my values and not theirs?

It is true that a society has to have rules by which to live. But those rules have to do with the health and safety of the people in that society. It does not have the right to dictate the personal moral beliefs of anyone or any group. It is against the law to murder, steal, lie in court, or do anything to others without their consent. And, of course we must protect those who do not have what society feels is the ability to consent, such as minors. But that does not mean that society has the right to decide whom I am allowed to love.

So, since there seems to be so much confusion, I would like to offer a solution. I have a compromise. Compromise is the art of either making everyone happy or at least comforting them with the fact that everyone else is as miserable with the solution as they are.

Here it is, my solution (trumpets please)!

The government of the United States of America and of Texas (if they have seceded by the time this is published) will cease and desist from performing or sanctioning marriage. Marriage will become the sole province of private organizations such as religions and such groups formed that are atheist (though I do not, myself believe in atheists since there is no empirical evidence of their existence. All evidence of their existence is anecdotal. But I digress).