Love Has Everything to Do with It 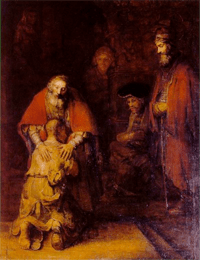 In Sharon Groves' article "Marriage Equality and the Church," she correctly describes Jesus as one who reached out to the marginalized in society with love and compassion while challenging what she termed as the "religious gatekeepers" of his day. Jesus, indeed, was known for "being a friend of sinners." Matthew 9:11-12 states: "When the Pharisees saw this, they asked his disciples, ‘Why does your teacher eat with tax collectors and sinners?' On hearing this, Jesus said, ‘It is not the healthy who need a doctor, but the sick.'"

When Jesus answered the religious leaders who wanted to stone the woman caught in adultery, Jesus challenged them saying, "If any one of you is without sin, let him be the first to throw a stone at her" (John 8:7). And then he went to the woman accused and said, "Woman, where are they? Has no one condemned you?" "No one, sir," she said. "Then neither do I condemn you," Jesus declared. "Go now and leave your life of sin" (John 8:10-11).

What Ms. Groves and others in the religious gay community fail to recognize in Jesus' behavior and teaching is that he would never had said to the woman caught in adultery, "Woman, has anyone condemned you, then neither do I condemn you. Go now and embrace your lifestyle of sexual promiscuity without shame. In fact, I hope that you celebrate it and invite others to celebrate it and engage in that behavior with you!" No, he said, "Go now and leave your life of sin."

In fact, Jesus has very hard words for those who engage in unrepentant sexual sin. He says, "For out of the heart come evil thoughts, murder, adultery, sexual immorality, theft, false testimony, slander. These are what make a man 'unclean'" (Matthew 15:19). Jesus speaks in Revelation 2:20-22, "You tolerate that woman Jezebel, who calls herself a prophetess. By her teaching she misleads my servants into sexual immorality and the eating of food sacrificed to idols. I have given her time to repent of her immorality, but she is unwilling. So I will cast her on a bed of suffering, and I will make those who commit adultery with her suffer intensely, unless they repent of her ways."

Jesus' own brother, Jude, writes: "In a similar way, Sodom and Gomorrah and the surrounding towns gave themselves up to sexual immorality and perversion. They serve as an example of those who suffer the punishment of eternal fire" (Jude 1:7). Many would not consider these to be loving words from Jesus or his brother, Jude. In fact, if clergy were to speak their words, it would likely be classified today as "hate speech."

However, Jesus showed us that to truly love someone is to lead them away from sin.
Jesus said to the Pharisees, "But go and learn what this means: 'I desire mercy, not sacrifice.' For I have not come to call the righteous, but sinners'" (Matt. 9:13). Jesus certainly came for the marginalized, and he condemned those "religious gatekeepers" who judged those who sinned as if they themselves had no sin.
Therefore, Christian individuals and congregations that help to lovingly lead men and women away from homosexuality and other forms of sexual immorality as described in the scripture should not be termed as Pharisees and "religious gatekeepers." In fact, it is they who are opening the gate to the Kingdom of God by calling people to repent of their sin, turn to the love of Christ, and live in obedience to his commands. Jesus would have done nothing less.

Kristin J. Tremba is the director of OneByOne (www.oneby1.org) and a graduate of Gordon-Conwell Theological Seminary (M.Div.), Teacher's College Columbia University (MA), and Anderson University (BA). She served as a Peace Corps volunteer in Albania, worked for the US Peace Corps in Uzbekistan and Kazakhstan, and taught English in the Bronx. She has been an instructor at the Savannah College of Art and Design and Boston University. She resides in Orlando, FL with her husband, Mike.