Abortion from an Ethic of Compassion 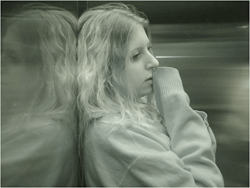 When does human life begin? Scientists attempt to answer this at a cellular level, philosophers turn to metaphysics, and theologians posit that the question really means "when does God put the soul in?" If we accept the Catholic teaching that our responsibility to beings without souls, such as animals, is different from our responsibility to beings with souls -- humans -- then the vital question in abortion is whether or not the fertilized egg has a soul. If the flesh is no longer a human person after death, then is there a point when it is not yet human, when it has the potential to become a person but is not yet so?

The only answer we can reasonably give is: God knows but we don't. The soul may join the body after the development of the cerebral cortex, or it may be at the moment of implantation, or the moment of conception. We just don't know, and science has absolutely no way of finding out.

Catholic teaching says that we must accept the premise that life begins at conception, pointing to the fact that every moment past that is simply natural development. Since we have no way of knowing that a zygote is not ensouled, we must treat it as if it were. This teaching grows directly out of the Church's consistent ethic of life, of allowing life to proceed naturally from the moment of conception to the moment of death. This ethic informs Church teaching on birth control, the death penalty, euthanasia and a whole host of other difficult and controversial issues, and it calls us to respect the dignity of human life in whatever form it takes, be it a zygote, a healthy adult, a saintly person, a convicted murderer, a Down's Syndrome child, or a chronically ill person in terrible pain.

There is a great deal of compassion threading its way through these teachings, but ultimately in this equation compassion is put in the service of consistency, rather than consistency in the service of compassion. When we put compassion in the driver's seat in the context of abortion, our basic concern turns from attempting to avoid a terrible thing -- the murder of an ensouled being -- to determining what is most needed by the person whose ensoulment is not in question.

For many who believe that abortion is dangerous to a woman's body and detrimental to her psychological wellbeing, this will still mean that abortion should be banned. To those who see abortion as basically safe, although accompanied by the attendant risks carried by all medical procedures, it will mean that the woman should be entrusted with the decision about how to proceed. Compassion for a woman finding herself in the difficult position of dealing with an unwanted pregnancy means not just sympathizing with her position, but giving her a full range of options on how to deal with it and providing love and support, not judgment and condemnation, about the decision she makes.

The ability to bring forth new life is a gift from God, but that does not mean that we should therefore do nothing to change or impede it. Pregnant women take prenatal vitamins to improve the potential life of the unborn fetus; people seek medical procedures to change their health status, including choosing surgery to remove diseased or infected portions of their bodies. In these and many other ways we change the progression of natural life to natural death, believing that we do not contravene the will of God in doing so. So simply believing that all life comes from God does not by itself mean that abortion should never be allowed.

Since we cannot know with certainty when an ensouled being does indeed come into existence , then an ethic of compassion must lead us neither to disregard the potentiality of that being nor to place that potentiality before the actuality of the woman whose lifepath will be affected by the decision on whether or not to bring a child into the world.