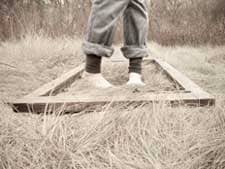 As a rabbi in a Christian seminary, I do interfaith work full time.  I have come to respect the power of great dialogue.  But many do not agree with my assessment of interfaith dialogue.  A rabbinic colleague of mine challenged me recently with a pointed question.  "I just can't articulate why interfaith is important to focus on," he said.  "Other than making sure we can all just get along, why does it matter?" Let's be honest: most of us know precious little about our own religious traditions, so why should we spend our valuable time learning about other faiths?

At Auburn Seminary in New York, we do interfaith dialogue for three important reasons: the news, the pews, and religious views.  By ‘news' I mean the headlines that remind us that major world events are shaped by religious ignorance or misunderstanding.  Here are three quick examples: during the 2008 U.S. presidential election, Mr. Obama's religious identity and the sermons of his pastor were major issues; the wars in Iraq and Afghanistan feature extensive conflict between religious and secular groups as well as disagreements between different Muslim communities and between radical Muslim groups like al-Qaeda and the west; aspects of the relationship between the U.S. and Iran have serious and complex religious overtones in both countries.

To make matters worse, for most Americans, news headlines are the primary source of information about other religious traditions.  It's not surprising that so many of us are misinformed or have biased opinions about people of different faiths.  Is Judaism well-represented by stories about the Israeli-Palestinian conflict?  Is Christianity well-represented by headlines about Ted Haggard, Jeremiah Wright, or pedophile priests?  Is Islam well-represented by stories about fundamentalism or hijab controversies?  If we don't offer a richer way of learning about other faith traditions than negative headlines, we will school a new generation in misunderstanding, stereotypes, and bias.

A second reason interfaith work is so important: the pews.  ‘Pews' refers to the religious diversity in our neighborhoods and in our congregations.  Some claim that the United States is the most religiously diverse country in the world.  While it's hard to evaluate this claim, it is certainly true that religious diversity in America has skyrocketed since the Immigration and Nationality Act of 1965.

In 2008, researchers at Harvard University's Pluralism Project listed more than 1,600 mosques, 2,200 Buddhist sanghas, 700 Hindu temples, and 250 Sikh gurdwaras in the United States.  But how many of us drive by these structures in our own neighborhood, on a regular basis, without ever bothering to stop in?

Moreover, the religious diversity in our neighborhoods actually spills over into the pews of our congregations. Each time I lead prayers or give a sermon in a synagogue, I have to think about how the prayers or the sermon will be understood not only by Jewish congregants, but also by the many non-Jewish people in the room.  These are not curious visitors -- these are the partners and spouses of congregants, many of whom regularly come to Jewish prayer services.

Here's an interesting statistic: almost half of the people in the pews of American congregations grew up in a different denomination: the 2008 Religious Landscape Survey by the Pew Forum on Religion and Public Life reported that forty-four percent of Americans have left the denomination of their childhood for another denomination, another faith, or no faith at all.  Family members of different faiths turn up during a visit to the hospital, at weddings and funerals.  To effectively serve our own faith communities -- to lead our congregations faithfully -- we must have a better working knowledge of other faith traditions.