Religion and Public Discourse: Against the Law?

Is it against the law to discuss religion on public property? That's what a Wisconsin man was told when he wanted to talk to a couple of young LDS missionaries, Elder Layton of San Jose and Elder Tuipulotu of Tonga.

The missionaries were in front of the public bus station in downtown Appleton, Wisconsin, where they tried to strike up a conversation with some people. Two simply weren't interested, but a man on a bench wanted to talk. They had just begun their conversation when a man in a blue uniform approached them (they weren't sure if he was a security guard or a bus driver). The employee in the uniform stated that it was illegal to do "religious recruiting" on city property and asked them to stop.

The man that was talking to the missionaries bristled at this demand. "I'm just having a conversation about religion with them. What's wrong with that?" The employee said that the missionaries were trying to get him to join their church, and that was against the law on public property. "I'm not joining their church, I'm just having a civil discussion, and why should that be a problem?" The employee again insisted that it was the religious nature of the conversation that made it illegal. The man then asked an excellent series of questions: "Is it illegal for me to talk to them about politics?" No. "How about science or math?" No. "History?" No. "Well, why should it be illegal to talk to them about religion?" Because that's what the law says.

Now the man the missionaries were talking to was really irked. "Look, I'm an educated man. I didn't go to Marquette University for six years to learn how to be silent. I have the freedom to talk about religion and to do it on city property, and you have no right to tell me not to." The employee again told them that they were wrong and would have to leave, but I guess he felt unable to convince the feisty graduate of Marquette and left. But a few moments later, a second employee in a uniform came over and repeated the mantra of religious discussion being illegal on city property and asked the missionaries to leave.

Bless his soul, the bold Marquette graduate repeated his performance of standing up for religious liberty and sent the uniformed employee on his way. The missionaries were able to continue their discussion with the man for another twenty minutes without further attempts at suppressing the religious content of their conversation, and fortunately were not hauled away in chains.

Elder Tuipulotu, who was a rugby star on the national team of Tonga before coming to the U.S. on a mission, wasn't used to this kind of treatment. "I don't get this. In Tonga, you can talk about anything you want." Maybe the U.S. could learn something from Tonga.

The next day the missionaries went to City Hall to inquire about the law. They were shown relevant portions of the printed law, and saw that there are restrictions on selling things on city property, but not on religious discourse or even proselytizing. They were told that as long as they weren't obstructing traffic, there should have been no problem with what they were doing.

Sadly, we live in a society where discussions about religion are frowned upon. Not just frowned upon, but even viewed as illegal by some authority figures. It's part of the slow erosion of religious liberty in a growing current of religious intolerance. Like the Appleton student who was told that she couldn't pick Jesus as the topic of her essay on a historical figure she admired (based on the legal principle of separation of Church and state, you see), the incident at the bus station was just a minor incident, but one that reflects a larger reality that should move us to be more vigilant in standing up for religious freedom.

Jeff Lindsay is a chemical engineer and prominent LDS blogger. This post first appeared at Mormanity and is reprinted with permission. 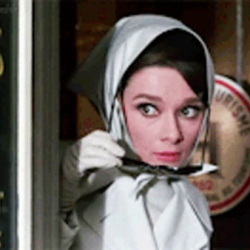 Enough for Everyone (Part 1 of 3)
Herb Montgomery
Get Patheos Newsletters
Get the latest from Patheos by signing up for our newsletters. Try our 3 most popular, or select from our huge collection of unique and thought-provoking newsletters.
From time to time you will also receive Special Offers from our partners that help us make this content free for you. You can opt out of these offers at any time.
see our full list of newsletters
Editor's picks See all columnists