Dr. Cohen's article, republished with permission from Sh'ma: A Journal of Jewish Responsibility (April 2001), raises the difficult question of how one relates to Jewish texts that one finds truly abhorrent. Classically, Jewish interpreters have approached "problematic texts" in a variety of ways.  Sometimes, difficult texts, like Moses' brother Aaron's role in the sin of the golden calf, are buried inside countervailing material, like the six chapters that precede the story and the six chapters that follow, all of which glorify Aaron's role in the Tabernacle. The conclusion of the Talmudic tractate on scrolls and liturgical recitation of texts (Megillah 25a-b) discusses some passages that are read but not translated, as well as texts that are just not read. A more common approach fills in the problems with additional narrative: Although it looks like Abraham exchanged his wife's virtue for lots of property (Genesis 12:11-15), the midrash explains that this only happened after Abraham tried to protect her by offering large sums of money (Genesis Rabbah 40:5). Moderns frequently "explain away" difficulties by pointing to the historical context in which the text was produced. None of these approaches excludes the problematic text from the category of Torah.

Cohen's conclusion, in response to a text that uses the metaphor of God as the wife-beating husband, is to exclude the text from the category "Torah."  As he states it, "Would a holy text say something like this?" His article raises more questions than it answers. 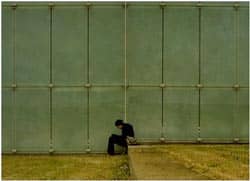 I teach a third-year course at the Ziegler School for Rabbinic Studies at the University of Judaism called "Aggadah and Halakhah." The course explores -- in both a general way and through specific midrashic and talmudic texts -- the relationship between the genres of rabbinic literature that are traditionally known as aggadah and halakhah.

Aggadah often is seen as comprising stories, homilies, religious epigrams, and anything else that is not halakhah, or law. I try to show how halakhah and aggadah are inextricably linked together using a model based on the works of Zionist visionary and writer Haim Nachman Bialik and legal theorist Robert Cover. Specifically, I was looking at the issue of divorce as symbolic representation of the exilic relationship between God and Israel, and how this impacted the "purely legal" discussions of divorce law.

My class studied a midrash that includes a parable picturing God and Israel as husband and wife. The midrash relates that the husband beat his wife mercilessly. The wife's guardian then approached the husband saying: "If you do not want to remain married to this woman, then kill her." The husband replied that he would never kill her, even if his whole estate were destroyed. The nimshal, or moral, of this parable teaches that though God might cause Israel to suffer terribly, God would never destroy her completely.

My class discussed this midrash and the problematic picture of the husband-wife relationship. For days after the class, I could not shake the midrash. I was surprised by how disturbed I felt, as I had been working with similar material for years. Working with texts like this in the past, I would state the ways a text was disturbing and then identify its political motivations. However, pointing out that these texts uncovered the rabbinic anxiety about power and their perception of women as a threat to their own power continued to leave me unsettled.

The source of my continued unease was that I was teaching these texts to students who understood them as Torah. I see these texts as Torah. Every morning I recite the blessing "who has sanctified us in the commandments and commanded us to engage with the words of Torah." With these words in my heart, I teach in the Rabbinic School. It cannot, then, be enough to explain, analyze, and locate the texts within their political tensions and cultural negotiations.

Confronted with a confounding statement attributed to the great sage Rabbi Meir, Resh Laqish asks: "Would a holy mouth say something like this?" This is the question I needed to voice: "Would a holy text say something like this?" I articulate the question in this way in order to make it more, not less, difficult to answer. If this story were found in any other text, it would bother me to the extent that it reflected a certain attitude that was abhorrent. Yet, once the moral judgment was made, and the political investments deconstructed, I would move on. I had then fulfilled my obligation as scholar and teacher. This, however, was not the case when I confronted a text that was part of the sacred core of my tradition.