There is no single Jewish conception of God. God has been described, defined, and depicted in a variety of ways in different works of Jewish literature and at different historical moments. 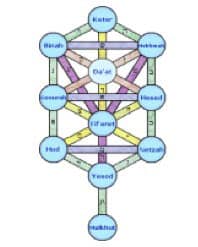 Before we can begin speaking about God, we need to speak about speaking about God. Traditionally, God is conceived of as a being that transcends this world; language, however, is of this world -- a human construction that reflects the lives, thoughts, and biases of those who use it. How then can we write or say anything credible about the Divine? And if we cannot discuss and describe God, how can the Divine be a meaningful concept and presence in our lives?

Jewish thinkers have been aware of this paradox for ages, and many different solutions to this problem have been proposed. Most of the solutions are similar in that they acknowledge the necessity of speaking about God, while at the same time recognizing that all statements and descriptions of God are limited -- half-truths at best.

Of course, the first step in speaking about anything is naming it. In the Bible and later Jewish sources God has numerous names. God's proper name in the Bible is Yahweh, a name also referred to as the Tetragrammaton, because it is made up of four consonants: the Hebrew equivalents of YHVH. This name has also been variously transliterated outside of Jewish contexts as "Jehovah," and in other renderings, but in Judaism it is traditionally not articulated. During prayer and communal Torah reading it is pronounced: Adonai, from the word Adon or Lord. Another common name for God in the Bible is El or Elohim. The Talmud has additional names for God including, HaKadosh Barukh Hu (The Holy One Blessed Be He), HaMakom (The Omnipresent), and the not-so-pithy Mi-she-amar ve-Hayah ha-Olam (The One Who Spoke And Thus Created The World). Traditional Jews refrain from using the actual scriptural names of God when not involved in religious activity; during casual conversation God is usually referred to as Hashem (literally, the Name).

In speaking about God, we would be remiss if we didn't mention the monotheistic legacy of Judaism. However, while monotheism is one of Judaism's most enduring teachings, the history of Jewish monotheism is not without ambiguity. Scholars debate the extent to which biblical religion was in fact monotheistic. The book of Exodus exhorts the Israelites to only worship the God who liberated them from Egypt, but it is never plainly stated that this is the only God that exists. The latter notion originates in Deuteronomy, which according to critical Bible scholars comes from a source written much later than the book of Exodus. Nonetheless, the prohibition against idolatry and against imaging God is a fundamental teaching of the Bible. While it is a necessity to discuss and describe God, to do so with too much zeal -- to try to capture a physical representation of the divine -- is considered idolatry.

Must a Jew believe in God? It is certainly the case that God has always been central to normative Judaism. The medieval thinker Maimonides begins his legal masterpiece Mishneh Torah with the assertion that belief in God is the fundamental of all fundamentals. Jews are commanded to believe in God, and this is the commandment upon which all of Judaism depends.

On the other hand, there are traditional sources -- albeit few and far between -- that minimize the role of God in Judaism. A rabbinic text, Pesikta D'Rav Kehane, interprets God's lament in the book of Jeremiah that the Jews "have forsaken me and not kept my Torah," to mean: if only they had forsaken me and kept my Torah. This source supports the claim that Judaism demands action -- fulfilling the commandments of the Torah -- but not belief (even this text, however, does not endorse atheism). That being said, there are, and always have been, Jewish atheists. Today there are 10,000 American Jews and 32 synagogues affiliated with Secular Humanistic Judaism, a non-theistic Jewish movement founded in 1963 by Sherwin Wine. Nonetheless, the major Jewish denominations are uncomfortable with the idea of a Judaism without God.

The God of the Bible has a multitude of roles and attributes that often contrast sharply with each other. In this sense, God is like a person -- experiencing a range of emotions, often torn between competing allegiances and values. The God of the Bible communicates with people through prophets and is even open to critique. Of the varied biblical representations of God, the two that became particularly prominent in Jewish thought are God's oneness and God's role as creator of the world.