By the end of the 2nd century, the Megillah (Book of Esther) was being read publicly on Purim morning. The rituals associated with the holiday were formally established during the following century.

The joy was so great that ever since, Purim has been celebrated with community and family parties, masquerades, parodies (called Purim Shpeils), plays, food baskets, and festive meals.

A 3rd century Babylonian teacher named Rava said that on Purim one should drink enough wine until one does not know the difference between arur Haman and baruch Mordechai, "cursed Haman" and "blessed Mordechai."  The great RaMBaM suggests that we might celebrate without drinking but with great joy.

The Hebrew phrase, Ad-lo-yada, which means to celebrate until we cannot discern between the phrase "Curse Haman" and the phrase "Bless Mordechai," was quickly adopted as an important Purim theme, and was the motto for the first official Purim carnival held in 1912 in downtown Tel Aviv. Since then, carnivals and costume parades take place each Purim in cities around the world.

And yet there are hidden meanings to Purim...  Kabbalah is found hidden in its heart.  And in a different posting, I will share, through my filter, the Kabbalistic meaning of Purim.

In the meantime, Be Happy, It's Adar.

Here are some suggestions for increasing our joy through Purim. These are the four Mitzvot of Purim.

The four Mitzvot (which I translate as "Sacred Connections") with regard to Purim are:  Read Megillat Esther (or a facsimile thereof). Fill Purim with festivity and rejoicing. Matanot L'Evyonim, or give gifts to the poor. Lastly, Shalach Manot, send gifts to one another.

We read the Megillah to re-learn the story and to fill our hearts with wonder and with good questions (not to mention the joy of noise-making when Haman's name is mentioned).

We should eat, drink, and be merry.  Wearing of costumes is encouraged of course.  We are required to rejoice and feast so much that we cannot even tell the difference between the words "cursed is Haman" and "blessed is Mordechai."

Matanot L'Evyonim (Gifts for the Poor)

What better way to increase our own joy than by reaching out to others. We give gifts to the poor on Purim. This Mitzvah can be fulfilled through food or drink or clothing or even money. Even a poor person who subsists on charity is encouraged to perform this Mitzvah. In this way we encourage everyone to be included in the joy of giving.

Shalach Manot (Gifts to One Another)

We increase our joy by sending gifts of food and drink to our friends.  Tradition teaches us to send the gifts by messengers, rather than delivering them personally because the Megillah uses the word mishloach (sending) for these gifts.  (I have a personal belief that by putting both Shalach Manot and Matanot L'Evyonim together no one need feel embarrassed to be the recipient of charity.)

Rabbi Bahir Davis studied at various yeshivas in the United States and Israel and holds two Smichot (ordination certificates), one signed by rabbis from many branches of Judaism, including the late Rabbi Alexander Schindler (zt'l), past President of the Union of Reform Judaism, and another from the founder of the Jewish Renewal movement, Rabbi Zalman Schachter-Shalomi. Reb Bahir is a Maggid (storyteller) in the best tradition of Jewish storytelling and is known for his vibrant humor and imagery.

Reb Bahir refuses to be connected with any one movement, preferring to serve the entire spectrum of the Jewish community. He is the spiritual leader of Rocky Mountain Hai, based in Lafayette, Colorado. 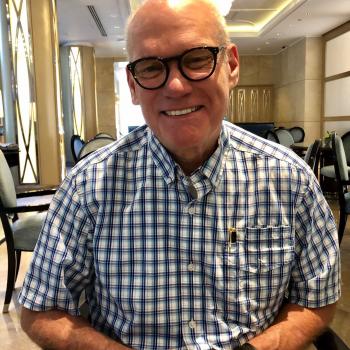 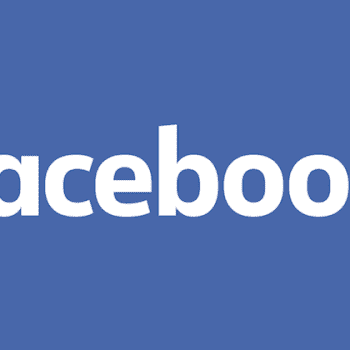 Is Facebook Worth It?
Kermit Zarley
Get Patheos Newsletters
Get the latest from Patheos by signing up for our newsletters. Try our 3 most popular, or select from our huge collection of unique and thought-provoking newsletters.
From time to time you will also receive Special Offers from our partners that help us make this content free for you. You can opt out of these offers at any time.
see our full list of newsletters
Editor's picks See all columnists