There and Back Again: A Mormon-Atheist Tale 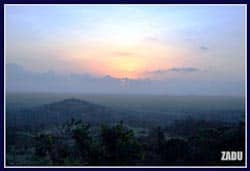 I became an atheist during my sophomore year at Brigham Young University. It was late winter or early spring of 1991, some time during the beginning of my 23rd year. That was the year that I found logical positivism, a school of philosophy that has fallen into disfavor in some quasi-official sense. Nevertheless, many of its tenets are now among the key operational assumptions of philosophers and scientists of nearly every stripe.

For most atheists, gods are like unicorns: there's no compelling reason why they can't exist; it just so happens that they don't. For a positivist, gods are like round squares: they're defined in a way that renders their existence impossible. Gods are unintelligible, so everything that we say about them is either false or unintelligible. The question of belief (or faith) never arises, because there is no intelligible proposition to be believed.

Logical positivism was the last in a long series of straws that finally broke the camel's back. As a teenager, I'd observed the regularity with which Church leaders trotted out guilt and authority and scriptural justification as mere crowd control measures. I'd been disabused of the sanitized, Sunday School version of church history. I'd read everything I could find about the historical issues and textual origins of the Old and New Testaments (and the Book of Mormon and Book of Abraham). I found Mormonism as practiced at BYU to be somewhat offensive. I'd found nothing inspired or spiritually redeeming about the Missionary Training Center (MTC), where my experience had left me feeling brow-beaten and humiliated. Plus, it's difficult for me to feel at home among many Mormons.

Furthermore, I'm just not a very spiritual person. I've felt the Sprit before, but I generally find myself at a loss when I'm in situations where other people purport to be having powerful spiritual feelings or experiences. There are things that come quite easily to me -- I have many God-given gifts. Spirituality isn't one of them. It's one of the many things that makes me a work-in-progress.

Among the more cult-like propensities of Mormonism is its tendency to stigmatize individuals for their disbelief. If someone loses their "testimony," it's surely because they were somehow unfaithful. I'd internalized this enough to make it difficult to come out of the closet about my own disbelief. The first person that I spoke to about my disbelief in the church was my only lifelong friend. We were in his BYU student apartment at Carriage Cove. After talking around the topic for hours, I finally said, "I just don't believe in God." He asked the same question that I'm addressing here: "So what now?"

What's the meaning of life without deity? What's mortality when death is the terminal destination? Bertrand Russell once said, "I believe that when I die I shall rot, and nothing of my ego will survive. I am not young, and I love life. But I scorn to shiver with terror at the thought of annihilation. Happiness is nonetheless true happiness although it must come to an end. Neither do life nor love lose their value because they are not everlasting."

That's it in a nutshell. Once you see it, it's obvious.

Shortly before I was thrown out of the MTC, before I had jettisoned my belief in an historical Jesus and Joseph Smith's prophetic mission and an all-seeing Heavenly Father, I'd found an essay by Bertrand Russell entitled "A Free Man's Worship," which resonated with me more than any scripture I'd ever read. One of the more profound passages goes like this:

The life of Man is a long march through the night, surrounded by invisible foes, tortured by weariness and pain, towards a goal that few can hope to reach, and where none may tarry long. One by one, as they march, our comrades vanish from our sight, seized by the silent orders of omnipotent Death. Very brief is the time in which we can help them, in which their happiness or misery is decided. Be it ours to shed sunshine on their path, to lighten their sorrows by the balm of sympathy, to give them the pure joy of a never-tiring affection, to strengthen failing courage, to instill faith in hours of despair. Let us not weigh in grudging scales their merits and demerits, but let us think only of their need -- of the sorrows, the difficulties, perhaps the blindnesses, that make the misery of their lives; let us remember that they are fellow-sufferers in the same darkness, actors in the same tragedy as ourselves. And so, when their day is over, when their good and their evil have become eternal by the immortality of the past, be it ours to feel that, where they suffered, where they failed, no deed of ours was the cause; but wherever a spark of the divine fire kindled in their hearts, we were ready with encouragement, with sympathy, with brave words in which high courage glowed.