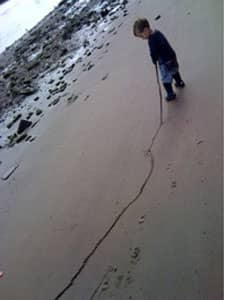 "Fundamentalism" for most folks conjures up images of ultra-conservative Christians on the one hand or Islamic extremists on the other. I'd hazard a guess that most folks don't associate "fundamentalism" and Buddhism. Notable scholar of American religions Thomas Tweed once asked, in the journal Material Religion, "Why are Buddhists so nice?"  In that article, he documented portrayals of Buddhists in American media as peaceful, pacifists even, and generally accepting folks who seem immune to group-think and fundamentalist extremism.

That's not true, of course. Buddhists, as human beings, can be just as fundamentalist as the next religious person.

But before we go any further, perhaps it's best to examine what we mean by "fundamentalism." Without the space to give this topic its due, I'll simply say that fundamentalism is the belief that there is some fundamental aspect to religion (or culture or politics or an ideology) that is somehow immune to the forces of change or impermanence that seem to govern everything else in this world. Whatever this fundamental feature is, it is thought of as the essential feature of one's religion. This feature is the thing to which we can reliably point and say, "This is what defines our religion." Without this one thing, our religion ceases to be what it is and becomes something else.

It is this notion of change -- or, more precisely, a fear of change -- that seems to motivate many fundamentalist beliefs. Because the reality is, the world does change. Human history is defined by change, and whether it's nostalgia for "the good old days" or fear of having one's culture destroyed by some outside force, globalization, or cultural imperialism, fundamentalism resists change. Fundamentalists draw a line in the sand around that essential feature of their faith and say, "No matter what happens, no matter what else may change in this world, we will defend this one thing." Often to the death.

If we take this definition of fundamentalism at face value, it would seem woefully out of place in Buddhism, a religion that takes as one of its central claims the notion that all things are subject to change. But, all at once, we can see how easy it is to slip into fundamentalist language. It happened right here in this paragraph when I wrote "one of its central claims." I could have just as easily written one of its foundational, essential, fundamental claims. Of course, the idea of impermanence is wrapped up in the Buddha's Four Noble Truths, which were a part of his very first sermon after his awakening. Without impermanence, Buddhism doesn't look much like Buddhism. So I could claim that impermanence is an essential feature of Buddhism. And I would be right.

Does this make me a fundamentalist?

Perhaps we are better served by viewing fundamentalism as part of a spectrum of religious attitudes (or attitudes toward religion). On one end of this spectrum would be those fundamentalists and religious extremists who want the whole world to capitulate to their particular religious worldview. At the other extreme we may find those who don't hold anything as fundamental, ensconced in a post-modern view of the world where all morals and beliefs become culturally and historically relative. The other 98% of people in the world, you and me and most people we know, we find ourselves somewhere in between these two extremes. In point of fact, we find ourselves in different places at different times.

For example, I firmly believe that killing people is wrong. I believe it is a fundamental moral law, applicable to all people at all times. I do not believe that there are any moral justifications for taking another person's life. I am a fundamentalist on that point. On the other hand, I believe that sexual mores are mutable, that they change over time and place, that what is abhorrent in one place and time is normal in another, and any attempt to create a universal moral rule regarding human sexuality is doomed to failure. I am steadfastly not a fundamentalist on that point.

Are there fundamentalist Buddhists? Extremist groups who hold certain Buddhist doctrines as essential and are unwavering in their beliefs? Of course.

My practice tradition is Jodo Shinshu, a Japanese school of Pure Land Buddhism. Pure Land Buddhism contains within it a rich and complex cosmology, soteriology, and mode of practice that includes multiple Buddhas living in multiple, trans-temporal states or "Pure Lands" located, it would seem, somewhere not here. And there are teachers within my own tradition who view all of this in literalist terms, who reject any psychological, metaphorical, or symbolic interpretations of our tradition. Interpretations of this sort, they argue, aren't true to Jodo Shinshu's essential teachings. These teachers hold these views as fundamental to a proper understanding of Jodo Shinshu Buddhism.