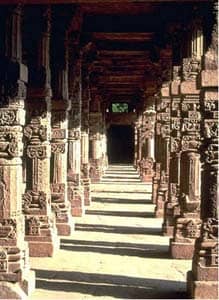 The "On Faith" section of the Washington Post recently ran a fascinating debate on the question: "What to call terrorists?"

I was most struck by how sharply the answers split. A number of the authorities objected stridently to the Obama administration's efforts to separate Islamic and terrorist. "Call it what it is!" they insisted. "You're just obscuring the facts and engaging in double-speak." But others were equally vehement on the other side: "It's not Islam as such that creates terrorism and terrorists. Theirs are political acts of violence, and we should label them as such. Don't blame this all on Islam!"

For the record: I see no way of avoiding the adjective. When a suicide bomber carries the Quran close to his heart as he dies or a gunman yells "Allāhu Akbar!" ("God is Great!") as he kills other human beings, as Nidal Malik Hasan did last November, he leaves us no choice. He self-defines his terrorist act as a religious act. We may later try to wrest this definition away from him, and maybe with good reason. Yet we have no choice but to start with his dying words.

But does the reader have to be an extremist too, dividing the world into either/or's, siding with just one camp or the other? Is there no element of truth in the blogs of those I disagree with? Those on the other side of the debate scored at least three strong points. Let the record be expanded to include them as well:

In short: we pay attention to labels not to promote an Orwellian distortion of reality, but to fight back against our own penchant to stereotype. Franklin Graham called Islam an "evil and wicked religion," and conservative Christian leaders Pat Robertson and Chuck Colson happily echoed his refrain. Religious character assassination also needs to be resisted.

Religions at their best offer a positive vision of how the world might be different. "Let there be no compulsion in religion: Truth stands out clear from Error" (Surah 2, Verse 256). Just as exterminating a species weakens the entire biosphere, so also silencing the positive voice of Islam removes a spiritual resource for the future of humanity. Assalamu Alaikum -- Peace be upon you.

Read other articles by Philip Clayton at Patheos:

About Philip Clayton
Philip Clayton is a philosopher and theologian specializing in the entire range of issues that arise at the intersection between science and religion. Over the last several decades he has published and lectured extensively on all branches of this debate,...