Mormon Publishing, the Internet, and the Democratization of Information

The challenges facing Mormon publishing are easy to enumerate. Blogging, tweeting, Facebooking, and other forms of online publishing are cheap or free; barriers to entry for either consumption or expression are quite low. In particular, the sharing of personal experience (personal essays loosely defined), which has been a defining characteristic of many Mormon publications, is easily replicated by blogging, with the dubious advantage of not needing to go through the process of editing or any other kind of gatekeeping.

As one would expect, the removal of barriers to sharing personal experiences and opinions readily creates a sense of community. This is, perhaps, the most salient feature of blogging, at least among Mormon bloggers. Although it may not have been a deliberate intent of Dialogue, Sunstone, Exponent II, and other older journals at their founding, it seems clear to me that one of the major functions they have served over the years is to provide community for those whose intellectual proclivities or political convictions or background experiences make it difficult for them to experience such community in their geographically assigned congregation. The most important content of these journals has always been extratextual -- every article, every essay proclaims above all "you are not alone; other Mormons share your questions and may even have useful answers to some of them."

This crucial function of Dialogue, Sunstone, Irreantum, and Exponent II is far better served by blogs, Facebook groups, and even the insistent, relentless virtual communing of the twitterers. The gathering of vaguely likeminded folk once represented by the quarterly arrival of a journal or an annual symposium has been replaced by ongoing convocations of highly specialized likemindedness, from positions all along the orthodoxy spectrum. Moreover, one can pick one's level of affiliation or disaffection within fine gradations -- from blogs composed almost entirely of lengthy quotations from General Authorities to ones created by "New Order Mormons," the "Disaffected Mormon Underground," to exmormon.org.

The informality of these communities is part of their appeal, as is their participatory nature; it turns out that people really like to hear themselves talk. A certain egalitarianism and democratic ethos prevail. Authority and credentials are unimportant; the degree to which one's opinion is reasonably well-informed can be less important than whether one states it provocatively (or just with sufficient bombast).

This democratic ethos is also one of the significant challenges presented to the institutional church by these new media. While most Mormons are still highly conditioned to value and defer to official pronouncements and respect ecclesiastical authority, the medium itself invites, even requires, challenges to that authority; blogging provides Everywoman and Everyman a printing press and an infinite number of virtual church doors; Typepad and Blogspot verily cry out for the posting of theses, which will, in a world subject to the forces of entropy, inevitably tend toward heresy.

Another threatening technological development is the volume and ready accessibility of information. With the advent of Smartphones, iPads, Kindles, and others, the driving motivation for Correlation -- to make the church portable and streamlined enough to fit on the back of a camel (in Elder Packer's memorable formulation) -- no longer exists. Lesson manuals are augmented (or encumbered) by multiplicities of blogs with lesson plans, notes, clip art, musical compositions, and multiple translations of scriptures portable enough to fit in the palm of one's hand, no camel required.

Moreover, these technologies are being developed and adopted at uneven rates in different parts of the globe. The church's orderly regime of translation for growing church populations is unlikely to hold as technological leapfrogging gives access to a wide array of information before the arrival of official, correlated print materials. And, as the recent "Big Love" fracas painfully demonstrated, it is literally impossible for the church to keep anything sacred or secret.

This situation creates a new set of incentives for the church in educating its members about its history and contemporary political activities. With every student of Mormonism, every lifelong member who thought she knew church history, and every new convert able to drink from internet firehoses, it won't do to insist that the Sunday School manual garden hose is the only water source. Of course, it would also be counterproductive for the church to use the precious few hours of instructional time it has to engage in some program of inoculation. Instead, what is needed is to teach both insiders and outsiders a new vocabulary and new means of evaluating the authenticity and sincerity of sources of information about Mormonism. 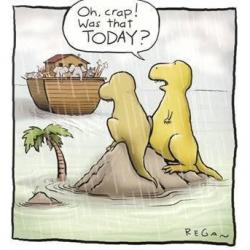 The spirit of critical thinking, not just science, is threatening faith
Rick Snedeker
2

Yahweh as an Anunnaki: The Trouble With Imaginary Beings (LSP #197)
Cassidy McGillicuddy
4 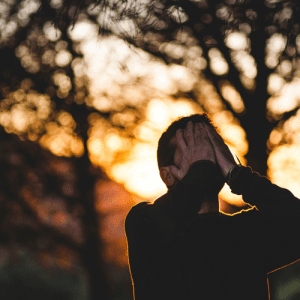 Living in Crying Range
Billy Kangas
Get Patheos Newsletters
Get the latest from Patheos by signing up for our newsletters. Try our 3 most popular, or select from our huge collection of unique and thought-provoking newsletters.
From time to time you will also receive Special Offers from our partners that help us make this content free for you. You can opt out of these offers at any time.
see our full list of newsletters
Editor's picks See all columnists