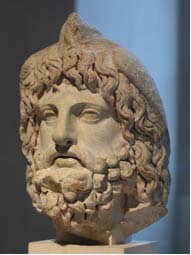 In Stephen Prothero's book God Is Not One, Prothero makes the point that no matter how superficially similar the various major religions of the world happen to be, the differences between them are crucial to recognize and understand in order to fully comprehend a particular religious viewpoint. Many examples of interfaith activism -- including the roots of the World Parliament of Religions in the late 1800s, and the continuation of these efforts over the last few decades -- emerged from what Prothero characterizes as the "perennial philosophy" view of religion, which is that all religions are different paths toward the same goal.

This is understandable and laudable, since religion is a potentially divisive force, and a great deal of violence has often resulted from differences in religion being made into a "problem" for political regimes. These good intentions at peaceful coexistence, however, are not without their own theological problems. Prothero disputes this "different paths, one goal" idea entirely, and says that not only are the paths "up the mountain" different, but the mountains themselves are different.

How much more true of polytheism is this than many other religions? Not only is everyone on a different path in polytheistic religions, but the paths don't lead to the same places -- some lead up mountains, but others go into mountains, or only go part-way up them, while still others lead to valleys, deep into forests, toward (and beyond) distant seashores, or even out into the dark night's sky itself. If every deity in polytheism can be considered a particular "truth," then there are even multiple paths to that truth, multiple levels on which that truth can be comprehended, and multiple ways to negotiate each of the paths. Polytheism's diversity is radical and thoroughgoing, and should be recognized as such, as well as celebrated for this wondrous variety.

Yet, within some modern Pagan practices -- particularly ones that aim at a mystical understanding or experience of the gods -- monistic tendencies often crop up. As important as unity might be, and as essential the recognition of the underlying humanity that exists between all people can be for the purposes of a civil society and a just and equitable world, and as critical the emphasis on common human capacities and potentials is for promoting mutual tolerance and respect amongst people, there are just as many differences between people as there are similarities.  We are all born, and we all die, but no other stop along the way between these two points is the same, and these stops should not be ignored, minimized, or downplayed in favor of accentuating similarity. Even shared communal experiences -- those of people who are united by factors of ethnicity, gender, sexual orientation, politics, disability status, socioeconomic background, or any number of other factors -- can be over-emphasized to a point in which these "minority experiences" become reified archetypes, some of which are acceptable to discuss or recognize, and others of which are not, within those various communities.

The same is true of the divine worlds, to an even larger extent! Oftentimes, people in modern Paganism speak of "work with deity" or "feeling the presence of the divine." This singularity in speech reflects this monistic tendency, and should be at least questioned by those who believe they are practicing a polytheistic spirituality. The word cultus in Latin can be singular or plural, incidentally, and so any individual divine cultus has a built-in ambiguity as to whether it is truly one thing or a variety of practices. If the gods are real, and are individually identifiable and volitional non-corporeal beings (which most pagans would agree they are), then they are analogous to humans in regards to all of those factors except for noncorporeality.

The insurmountable divide that people put between humans and gods in terms of our ability to understand them (e.g., "the Gods' ways are not our ways" -- a passage here paraphrased from the Hebrew Bible!), and of our abilities to communicate and negotiate with them, therefore, is not necessarily in operation. The gods may have a great deal more power, or knowledge, or freedom due to their position and their conditions of existence, but if they cannot be understood, communicated with, or related to, then the entire enterprise of religion and spirituality is useless entirely.

But, to use a human analogy, the individuality and volition of particular deities is not unlike the individuality and volition of particular humans. When a child is sent to school, the child does not learn from Teacher, the child learns from Mrs. Robertson or Mr. Danforth. We all laughed at the character of Karen on "Will & Grace" when she would refer to various service-people in her life as "Driver," "Pharmacist," and so forth, as if her wealth and privilege made her blind to individuality or the unique lives and personalities of the people she saw as her functional subordinates; they were only useful for their instrumental value in her life. But, how many of us do this in relation to our deities on a regular basis? If we are really to confront the problems -- as well as the potential wonders and beauties -- of polytheology, then this must be one of the initial issues to deal with:  every deity is individual, particular, specific, and unique, just as each one of us is unique. One deity cannot simply stand in for another along functional lines, gender lines, or anything else.