If only our congregations were a thousandth as large as Lady Gaga’s fanpage on Facebook. That would mean that over 13,000 people would be members, with numbers skyrocketing by the day.

Many have suggested that the appeal of pop culture on Facebook (and Twitter and MySpace) is symptomatic of moral decline and perhaps even the end of religion -- with the assumption, of course, that the two go together. But that fear has existed for generations, with every breakthrough in communication. Radio, records, and television were all thought to lead to the end of faith at one point or another. But there is no end to religion in sight. The idea that social media could somehow snuff it out after it survived centuries of technological advancement is unfounded. Religion is dynamic and has long been able to adapt to social change.

In fact, social networking sites may be of tremendous help to religious communities. They bring together people with strong religious convictions more than ever before. Just have a look at the “Jesus Daily” fanpage on Facebook, which has almost 3,000,000 members, or the fanpage for “Prophet Muhammad (Peace be Upon Him),” which has nearly 130,000. Imagine a religious congregation with 130,000 or even 3,000,000 members! The hundreds of thousands of people gathering on these fanpages are truly becoming a community of people looking for religious inspiration and companionship, who have found it together online.

Religion is in fact one of the most powerful forces in the age of social media. It is a core part of the landscape, with fanpages and twitter profiles creating what some might consider virtual churches, synagogues, and mosques.

A number of websites are responding to the large and growing presence of religion in social media. Just take for example Patheos, which fills a gap in multi-perspective coverage of religious issues; the Washington Post has added the On Faith blog to its repertoire; the Huffington Post has similarly added the HuffPost Religion column to engage with challenging and timely topics; and the Journal of Inter-Religious Dialogue is working to bring religious scholarship and leadership together online. If anything, the challenge is not one of insufficient demand for religious content -- the supposed indication of moral decline -- but the presence of too few websites to fill it online.

Yet what is most remarkable about the age of social media and online tools is not the membership within religious communities or even the use of new technology to express those affiliations. Rather, it is the extent to which practitioners of different religions interact with one another. It is now possible to be learning about one religious community by way of its Facebook fanpage while gaining insight into another in a different window, studying Torah while gchatting with an imam, following a guided meditation on one website while receiving an e-mail from a preacher on another.

For many, the multiplicity of options and interactions may seem like a cacophony -- the cause for confusion, syncretism, and, yes, a different sort of decline for religion. Though these conclusions may lack nuance, they are certainly incomplete. Inter-religious interactions may in fact strengthen one’s own religious identity, while creating the opportunity for meaningful dialogue about hot-button issues.

To give a personal example, when I was living in Israel during the 2008–2009 academic year, I wrote an article for Sightings that cited the extended period of tolerance in al-Andalus (often known as “Muslim Spain” -- the parts of the Iberian Peninsula controlled from 711 until 1492 by a series of Muslim groups) as a historical example of coexistence that we can draw from for inspiration. A few days later, I received an e-mail from an Iraqi reporter who was surprised and excited to find that Jews, Muslims, and Christians had ever lived together in such a positive way. He wanted to hear more from me -- as a future rabbi -- about my views and was even interested in writing and article on the topic. 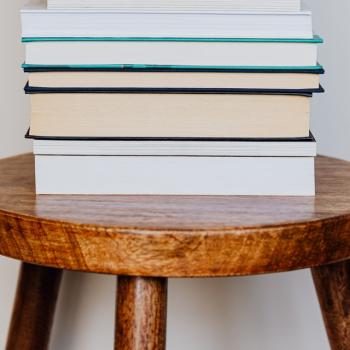 China Now Allows Three Children Per Family
Kermit Zarley
Get Patheos Newsletters
Get the latest from Patheos by signing up for our newsletters. Try our 3 most popular, or select from our huge collection of unique and thought-provoking newsletters.
From time to time you will also receive Special Offers from our partners that help us make this content free for you. You can opt out of these offers at any time.
see our full list of newsletters
Editor's picks See all columnists