Why do you let me see ruin; why must I look at misery? Destruction and violence are before me; there is strife, and clamorous discord. Then the LORD answered me and said: Write down the vision clearly upon the tablets, so that one can read it readily. For the vision still has its time, presses on to fulfillment, and will not disappoint. ~ Habakkuk 1:2-3, 2:2-4

Throughout much of her life, Flannery O'Connor struggled against what she perceived as dangerous and excessive sentimentality among her readers, defending her stories against accusations of violence, brutality, and "gothic grotesqueness." For her, violence was an essential part of her message, for "to expect too much is to have a sentimental view of life and this is a softness that ends in bitterness." Responding to her critics, O'Connor made an important point: "Our age not only does not have a very sharp eye for the almost imperceptible intrusions of grace, it no longer has much feeling for the nature of the violences which precede and follow them."

Nowadays, artists seem to struggle far less with depicting "the nature of the violences" than one might wish; for every modern-day sentimentalist, there is a corresponding misanthrope. But the inability to recognize the essential connection between these moments of grace and the violence that surrounds them is as persistent as ever.

One modern-day artist making that connection may be Cormac McCarthy, the reclusive author who is considered by many to be America's greatest living writer. A closer examination of the three cinematic adaptations based on his books -- All the Pretty Horses, No Country for Old Men, and The Road -- reveals him to be as focused on the questions of nature, violence, and grace as O'Connor was, though he has been much less inclined to self-explanation than was she.

Interestingly, the three films made from his books thus far have been released chronologically. All the Pretty Horses was written in 1992 and released in 2000; No Country for Old Men in 2005 and 2007; and The Road in 2006 and 2009. The chronology is helpful, as McCarthy's thinking on the problem of violence and grace grows progressively clearer with each work. As a result, All the Pretty Horses, adapted from the first volume of McCarthy's Border Trilogy, is the perfect starting point -- both because it is the least likely to be considered a great film, and because it feels like the work of a man as yet unclear about how these moments actually fit together.

John Grady Cole, a young cowboy of the old school who finds himself in a society with diminishing use for his particular skills, is exiled from his grandfather's Texas ranch by his estranged mother. Fearing that his way of life will soon vanish, he sets out for Mexico in search of fame and fortune. Accompanied by his childhood friend (as well as a mysterious young roughneck they meet along the way), he gradually sees his own failings -- and the failings of those around him -- dragging his rosy dreams down into a morass of violence, confusion, impossible love, and lost innocence.

At the conclusion of the film, Cole is forced to concede God's existence -- not so much because he clearly sees the ways in which grace follows on the violence he witnesses and experiences, but because he is made so aware of the violent nature of mankind that the presence of any goodness at all is a clear indication of a benevolent God. Cole's final words -- "Lacey once asked me if I thought God looks out for people. I guess He does. I say He's just about got to. I don't believe we'd make it a day otherwise" -- could not be clearer on the matter, but there is a grudging tone to the work's finale that makes Cole more of a reluctant optimist than an honest one.

After passing through enough violence and suffering to destroy many a lesser man, Cole is forced to concede that God exists, but the basis for such a concession -- that the world would be almost infinitely uglier without Him -- doesn't exactly leave one feeling hopeful.

In No Country for Old Men, McCarthy tells a two-pronged tale of a sheriff growing too old for his job and a Vietnam vet hell-bent on keeping a treasure that is not his to have. In this work, the violences mentioned by O'Connor are made even clearer. Anton Chigurh, the bounty hunter tasked with avoiding the sheriff and punishing the vet, is as relentless and demonic a villain as one could imagine. His ruthless brutality is legendary: He insists that his terrified victims decide their own fate with the flip of a coin, a sign of his soulless reliance on Fate to absolve him from the consequences of his actions. 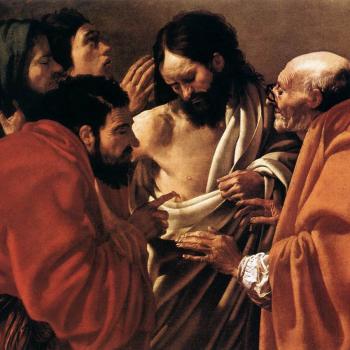 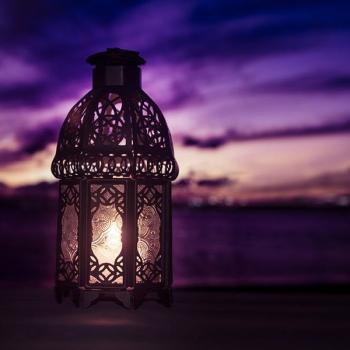 The Rhythms of Ramadan
Deseret News
4

This is not a pastoral problem with a pastoral solution
Fred Clark
Get Patheos Newsletters
Get the latest from Patheos by signing up for our newsletters. Try our 3 most popular, or select from our huge collection of unique and thought-provoking newsletters.
From time to time you will also receive Special Offers from our partners that help us make this content free for you. You can opt out of these offers at any time.
see our full list of newsletters
Editor's picks See all columnists