The Sacred Craft of Divination: It's Not a Parlor Trick!

So a couple of weeks ago, I received a seriously annoyed phone call from my friend and colleague S. She was interviewed for a New Age radio show following the recent release of her latest book, but no one told her that part of the show would involve people calling in expecting free, on the spot divination. She apparently chastised the listeners quite soundly and while I usually counsel diplomacy and care in speaking in public venues, especially radio, in this case I say "Brava."

As a diviner, I grow tired of people assuming that my services are free. I helped out a local acquaintance a couple of weekends ago by reading at a psychic fair. I don't usually do this, but the organizer was a friend and it was her first psychic fair and I wanted her to have a successful and enjoyable time. She had three diviners, myself included, and for a twenty-minute reading charged $25, of which $20 went to the diviner in question. Two very haughty women complained about the price, trying to work it down. Apparently they didn't want to pay more than $5, and obviously couldn't see the value in doing so.

I looked them dead in the eye and told them that I charge $75/session and my clients are lucky to have me for such a price. I then suggested they go elsewhere. What I didn't go on to explain is this: I'm a Northern Tradition shaman and expert diviner. Going to a psychic fair and getting me (or one of my colleagues) is like stumbling into a high school math tutorial and ending up with Einstein as the tutor. (I don't repeat this out of any arrogance. I know the level of my skill; I've worked very hard to acquire it.) These women were obviously shocked that I could command such a fee and that I would send them away. Food for thought there, ladies. Food for thought.

I have had multiple colleagues, excellent and skilled diviners committed to their craft, who have had constant problems with clients not wanting to pay or refusing to pay the fully agreed upon fee. I require payment up front unless I am told otherwise by the Gods. I am happy to take barter, but it must be commensurate with my fees. This is about knowing one's own worth and the worth of one's craft. It is about honoring the value of both. Yes, sometimes I do free sessions for people, usually at the behest of the Gods or ancestors, sometimes in trade with colleagues (some of us develop a quid pro quo system: you read for me and when you need it, I read for you), but in these cases there is never the sense of entitlement that so often defines extra-community interactions.

Divination is not a parlor trick. For those of us who practice it seriously and well, it is a sacred craft, one once practiced in temples and holy places. In many cultures, one of the earliest and most important purposes of divination was sussing out proper ways to consistently and thoroughly honor the dead. We are the contemporary inheritors of the oracles of Delphi, the volvas mentioned in Tacitus's "Germania," the seeress summoned forth from the dead by Odin. There was a time, in some cultures, where armies did not move without a diviner's say so and in others where we were revered like manifestations of the Gods. The corollary is that there is a tremendous responsibility assumed by anyone taking up divination, especially when seeing clients. We must sacrifice and work very hard to gain a consistently accurate skill set -- and by accurate, I mean 99-100% accuracy all the time. We use this skill in service to our clients and communities and most of us worry constantly about maintaining signal clarity, keeping up with our technique, and developing a clear set of individual ethics. It's not a game.

Moreover, for many of us who are also clergy, this is a corollary to counseling and a tool that we have at our disposal to better aid those clients who come to us in such a fashion. The obligations for responsible practice are even greater here, and if we allow our craft to be devalued by those who come to us, we devalue ourselves and the tradition of which we are a part. We are providing a service that those who come to us cannot provide for themselves. We're providing a service that we have spent years perfecting. We're providing a service for which some of us have quite literally bled to gain the right to use. (Norse Gods can be rather tough when it comes to paying for the acquisition of knowledge). I would hope that one would not go to a therapist, a hair dresser, or an accountant and expect the service to be free. (Though sadly, I hear from my friends who are massage therapists that they often have to deal with the same level of disrespect when it comes to payment for services.) 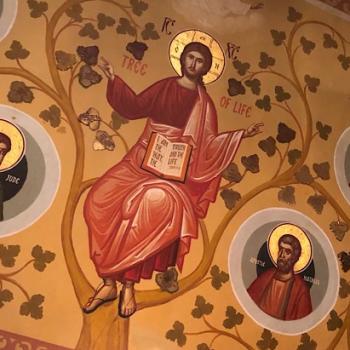 The Church is One
John Mark N. Reynolds
2 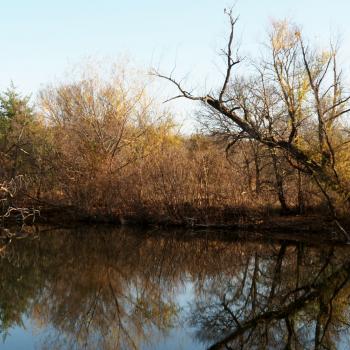 QAnon and the Great Disappointment of 1844
John Beckett
4

OCEANS FLOWING IN YOUR BODY A Communion Hymn
James Ford
Get Patheos Newsletters
Get the latest from Patheos by signing up for our newsletters. Try our 3 most popular, or select from our huge collection of unique and thought-provoking newsletters.
From time to time you will also receive Special Offers from our partners that help us make this content free for you. You can opt out of these offers at any time.
see our full list of newsletters
Editor's picks See all columnists