It's the day after the 2010 midterm elections. My progressive friends are deflated, my conservative friends are elated, and I -- well, I am neither of those things. Full disclosure: I am, by choice, a political progressive from a family of conservatives; I voted for, worked for, and contributed to Barack Obama's presidential campaign, although I was not involved with partisan politics in this election. I was, of course, inundated, as people on both sides have been for weeks, months, maybe, with constant e-mails about how this election would be decisive, about how this election was one of the most important in our lifetimes. (I think, on reflection, that the 2000 presidential election was perhaps that important: wars in Iraq and Afghanistan, massive national debt, Supreme Court intervention in the electoral process, and unprecedented corporate influence have been the offspring of that election, and they are still growing). And if I were a TV watcher, I would have seen a record number of ads attacking opponents and showing the smiling families of candidates.

Midterm elections are often referendums of some sort. Most pundits (and many newly-elected candidates) say that people are sending a message to Washington, although what that message is varies depending upon the speaker. We don't like Barack Obama and his policies; we don't like the Obama health care bill (except for the parts we do like, such as keeping children on our policies longer and not being denied coverage for preexisting conditions); we don't like high taxes. I will be writing more about all these things in weeks to come. But although my party lost the House of Representatives and retained the Senate, in the language of winners and losers, the biggest winners were the purveyors of dissension and influence, and the biggest losers ultimately will be the American public.

This column will necessarily lean more to practical politics than to theology, since this week we're discussing one of the signal political events in a democracy, but as I heard my friend the Rev. Beth Magill tell a class of seminarians this week, theology should always undergird everything we do. I believe, for example, that the biblical injunctions to fairness and compassion, embodied in the commands to care for widows, orphans, and the aliens among us (except, of course, for those aliens from outer space, who can manage on their own as far as I'm concerned), should inform our allegiance to democracy. And because I believe that the Bible and the Christian tradition call for this, it means I believe that the way we live together -- including our political processes -- should allow us all to be equally respected, equally valued, and equally heard.

This desire, I think, is one of the underlying appeals of the Tea Party movement. I was in DC on several occasions this year when Tea Partiers rallied, and unlike the folks I'll discuss next week, these were regular Americans, many of them scared, angry, and concerned for the country they love. They do not feel heard by the Obama administration (and perhaps fear that they cannot be heard because of ideological differences); they also (any many of them know this) were not heard by the Bush administration, which made decisions favoring those with more money and more influence than they had.

American democracy runs on fairness, whether we think of that mandate as being theological, enshrined in our foundational documents, or both (as I do), and Tea Partiers know that our electoral and legislative processes these days are stacked toward those with money, power, and influence. So naturally, they are upset about this.

I celebrate the Tea Party's desire to be heard; it is the right of every American citizen. But I do not celebrate the divisiveness I see exhibited by some Tea Party candidates elected this week. The New York Times reported, for example, that Rand Paul, the new senator from Kentucky, is going to Washington with the vow not to compromise (a vow he has made throughout his campaign). While demagoguery plays well in a political campaign, it is, frankly, bad politics and bad theology. Democracy is only possible when people with differing viewpoints, different constituencies, and a common love for our nation come together to try and solve problems by enacting legislation that provides something of value for the most people possible. When I come to Washington vowing not to compromise, not to budge an inch, one of the things I am saying, however righteous I may think my stand, is that I am not willing to participate in the give and take of democracy.

I am also saying that I am so certain I am right that the Christian values of humility and sacrifice need not apply to me, and here's where my (and probably your) ox gets gored. I don't like the possibility that I might be the slightest bit wrong. And I don't like paying taxes. I don't want to be paying for the two wars in the Middle East that have bankrupted our nation; I don't want to be giving money to financial institutions that have not played by the same rules they force us to play by. I am emotionally drawn to those who are absolutely sure that reducing taxes and budgets is the right way to go. 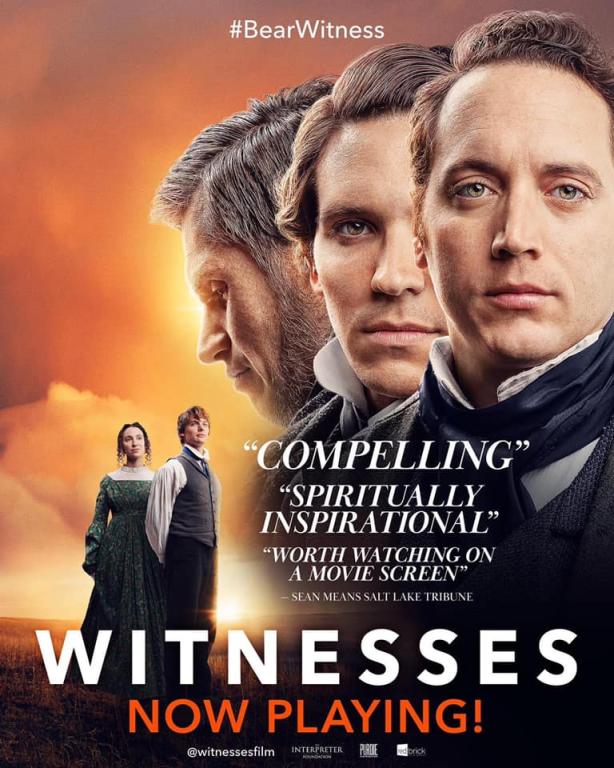 "Discipleship As the World Collapses Around You"
Dan Peterson
2

Be Where You Are
Hilary Weeks
4

How to Mispronounce North Carolina Town Names
Ben Witherington
Get Patheos Newsletters
Get the latest from Patheos by signing up for our newsletters. Try our 3 most popular, or select from our huge collection of unique and thought-provoking newsletters.
From time to time you will also receive Special Offers from our partners that help us make this content free for you. You can opt out of these offers at any time.
see our full list of newsletters
Editor's picks See all columnists