In the past week, President George W. Bush has been on all the networks, has been interviewed or covered by papers in the U.S. and across the globe talking about his new book Decision Points, and has even been on Oprah, who is not exactly his political type. It is a sort of victory lap, a chance for the president to defend what Oprah calls "his most difficult decisions" -- and, it has been, for this commentator, a complete failure of both personal reflection and theological discernment.

I say this as someone who does not hate President Bush; according to our mutual Austin friends, the former president can be charming and funny, and I can imagine, as the American electorate once reportedly desired, having a beer with him (if, in fact, he still drank; I will not share his non-alcoholic swill when the Good Lord has blessed us with real ales, porters, and stouts). Nor do I think President Bush is evil, although his most difficult decisions were to take us into wars I abhor and to bankrupt our nation in ways that will take us years to repair. I take at face value (and not just as some Sarah Palin-esque ignorance of actual answers) his response some years ago that Jesus was his favorite political philosopher, and I accept his accounts of how faith in Jesus transformed his life. I believe that President Bush is a Christian, and, as a fellow follower of Christ, I celebrate the fact that his faith has saved him personally.

But my own understanding of Christian theology leads me outward from personal salvation to questions of ethics and community, and in those respects, President Bush's recent performance falls considerably short in my eyes. When asked about such matters as going to war with Iraq and the use of waterboarding on detainees, President Bush responded that he had made the correct decisions, that history would prove him right, and that American (and British lives) had been saved by his decisions.

I think the Iraq War is pretty widely regarded now as a disaster we entered into under false pretenses, and so I don't want to kick that fallen cow, even though President Bush wants to defend it. But the question of torture remains active for us; the United States continues to take prisoners in the War on Terror, we continue to operate Guantanamo Bay, where prisoners have been tortured on our behalf, and the possibility remains that we could do it again. Fear is a powerful motivator.

I have been arguing of late that all of us make decisions out of our personal theologies, whether or not we have engaged with them or even understand them. President Bush's comments suggest an underlying theology that is largely oriented around personal salvation, and, in the political realm, deeply pragmatic, a theology that embraces what works regardless of whether or not it is right. Returning to the world of Harry Potter, as I am wont to do, this is the precise dilemma Albus Dumbledore referred to when he told a diverse assembly that each of us "must make a choice between what is right and what is easy." Just because something works, doesn't make it an ethical choice.

For some, the fact that the world is imperfect and dangerous means that we need not make decisions based on some religious ideal. Reinhold Niebuhr, the exemplar of "Christian realism," and Jewish politicians who place the security of Israel above the commitment to justice ("Jewish realists," if you will), suggest to us that the world has simply fallen too low for us to attempt to take the high road. We may sometimes be forced to embrace things we would normally consider evil in the protection of our societies, families, and homes.

But Jesus, the founder of my faith, presented a truly hyperbolic call to compassion and to challenging ethical standards in his life, teachings, and sacrificial death. Perhaps I cannot live up to that calling; perhaps as a culture we cannot live up to it.

But that doesn't mean that call, embodied in Jesus' life and words, doesn't still resound.

President Bush consistently brought up two facts in his interviews: the world is dangerous, and others professing legal or ethical expertise told him that what he wanted to do was okay.

These facts do not excuse one of independent reflection.

President Bush consistently told interviewers in the past two weeks that his legal counsel had informed him that waterboarding was legal. (Set aside for a moment, if you can, the evidence that Bush's counsel had been asked to arrive at this very conclusion.) Still, one needs only Google "waterboarding illegal" (the search takes about a quarter of a second) to discover the fact that many people around the world hold that waterboarding meets the definition of torture, and thus cannot be performed by a nation ruled by laws. It is a controversial topic, at best. 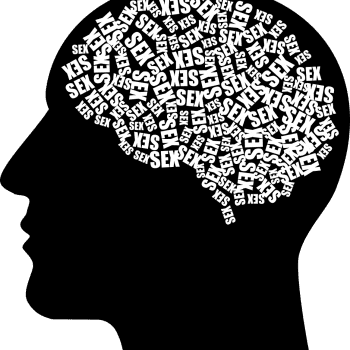 Sex-Obsessed Christians Need to Get a Life
Matthew Distefano
2

Oh Moth! (The Eagle isn't Coming to Isengard this Week)
John Mark N. Reynolds
Get Patheos Newsletters
Get the latest from Patheos by signing up for our newsletters. Try our 3 most popular, or select from our huge collection of unique and thought-provoking newsletters.
From time to time you will also receive Special Offers from our partners that help us make this content free for you. You can opt out of these offers at any time.
see our full list of newsletters
Editor's picks See all columnists