In my church, December has not been a month for rocking the Christmas carols. And my liturgical friends and I are not saying "Merry Christmas" to each other (or "Happy Holidays," for that matter), because, truth to tell, it is not Christmas.

In my tradition as well as in all those Christian traditions that pay attention to the liturgical calendar, we are in Advent, a time of holy waiting, a time to envision God coming into the world and into our lives. Advent is the beginning of a new Church year—I bought my new liturgical appointment calendar a month back—and a time of spiritual preparation and anticipation.

It is one of my favorite times of year, and it is, for me, the heart of what Christmas is and should be: paying attention to God, thankfulness for the Incarnation of Christ, and a new-found awareness of God's Spirit moving in the world.

Advent is a really big deal for me, spiritually speaking.

All the same, I don't walk up to people on the street or in the office and wish them a blessed Advent or a holy Advent, particularly if I know that they come from a non-liturgical Christian tradition. Although I personally believe that Advent is the spiritual underpinning of everything that Christians celebrate this time of year, to launch such a greeting at a Christian who doesn't lean that way—let alone to offer it to a Muslim, Sikh, or "None"—would be meaningless.

And to insist that everyone say "Blessed Advent!" to each other this time of year would be worse.

Those who argue that the greeting "Happy Holidays" is another secular slap in the face to an American Christian Christmas are in the same position as those of us loving Advent at the moment. All of us see the possibility of something spiritual moving in the world this time of year that we fear others are missing; all of us know that this divine encounter has transformed us and could transform others.

And so, out of faith (or, I fear, out of fear), we might ourselves move heaven and earth to try and draw people's attention to what we believe.

But there are ways, and there are ways. St. Francis (who, according to tradition, created the Christmas crèche that is also the subject of controversy this time of year) used to advise, "Preach at all times. And if necessary, use words." Francis recognized that words are important, but they are only words; his own life demonstrated the power of faithful action, of identifying with the poor and the needy, of seeing God within all creation more powerfully even than his oft-eloquent words.

And, truth to tell, words can push people away as well as draw them near.

Some years ago, I had a conversation in the mailroom with a friend at Baylor University, where we both teach. Somehow, it got around to religion, with which I wanted little to do in those days. "I'm trying to get more Jesus into my Christianity," this kind and generous man—himself now an ordained Baptist minister—confessed, and we both nodded.

Growing up in some Christian traditions, as in my own family tradition, the word "Jesus" was not offered as an invitation to a transformed life, but as a threat of eternal hellfire and promise of angry divinity. The Word (and Jesus is the logos, the Word) was used as a hammer to pound us down into submission, rather than offered as a ladder to sacred encounter.

For many years after leaving my tradition, I could not bear to hear the word "Jesus" spoken. I instantly downgraded by fifty points the I.Q. of any person using the word in my presence. If I was not related to or financially dependent on the person saying the word "Jesus," I removed myself from her or his vicinity with jackrabbit speed.

So even if you had said the sacred name of Jesus with love and kindness and without any intent to bludgeon, I could not have heard it as you intended.

When we insist that stores greet shoppers with "Merry Christmas," when we ourselves aggressively launch those words at those who may not even share our beliefs, we should not expect that the holy or spiritual encounter we are hoping for them will inevitably follow. People may hear these greetings and ignore them; they may hear them and simply fail to discern what we see in the Christmas story because they themselves do not believe so.

And they may perceive our attempt to lasso them with Christmas greetings and flee the corral.

I am still trying to get more Jesus into my Christianity, although I have amped the percentage up considerably. I no longer flee the room when the word "Jesus" is spoken (unless it is given three or more syllables, in which case I still know I'm in trouble). And I am certainly not offended by anyone offering me a "Merry Christmas," even though at the moment I would prefer a wish for a holy Advent.

I think what matters more than anything else—and what I hope all Christians could agree—is that at this time of year, we wish to wish all men and women a full measure of the joy and peace we have been given through Jesus Christ.

When we speak a seasonal greeting, I believe the impulse behind it matters more than our words.

So this year, whatever greeting or parting we offer, let's offer it with love.

And back it up with our lives.

Check back every Thursday for the latest from Faithful Citizenship, a regular column by Greg Garrett at the Mainline Protestant Portal. 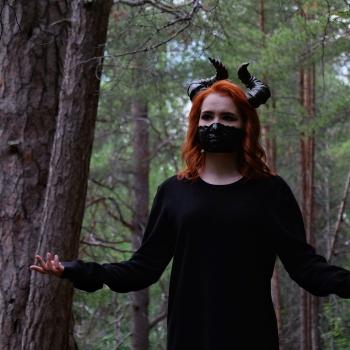 There Is No Bible
James McGrath
3 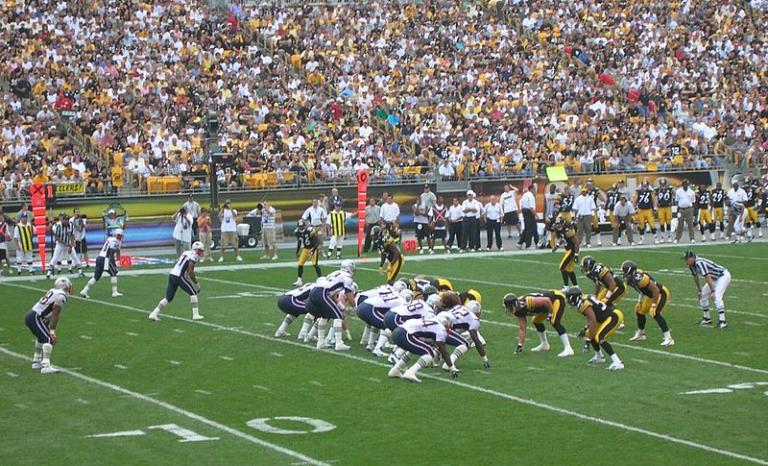 Football, Faith, and Freud
Dan Peterson
Get Patheos Newsletters
Get the latest from Patheos by signing up for our newsletters. Try our 3 most popular, or select from our huge collection of unique and thought-provoking newsletters.
From time to time you will also receive Special Offers from our partners that help us make this content free for you. You can opt out of these offers at any time.
see our full list of newsletters
Editor's picks See all columnists