Revelation of the Magi: Questions for Deeper Reading 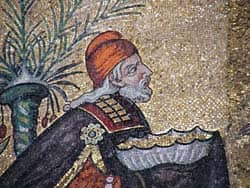 The new book Revelation of the Magi raises interesting questions about our long-held assumptions about the Christmas story, specifically about the role of the Wise Men. We’ve developed a dozen discussion questions for use with a group or on your own, to help deepen your reading and reflections on this compelling new book by Brent Landau.

Choose a question and add your comments to the online discussion here. Author Brent Landau will be joining in to respond to your comments as well!

1) Author Brent Landau suggests not only that the Revelation of the Magi was not written by the Magi themselves, but also that the entire biblical story of the Magi and their star was most likely fictitious (pages 23-24). If he and other biblical scholars are correct that the Magi were not historical figures, what are the consequences of this for religious belief? Does the story of the wise men and the Star of Bethlehem need to be historically accurate in order to be religiously true and/or meaningful? Why or why not?

2) Landau presents his theory that the earliest version of the Revelation of the Magi has a much broader understanding of Christ’s revelation than is typical in Christian thought today (pages 28-34.) He writes: “As the Revelation of the Magi originally ended, the Magi and the people of Shir have all come to experience the presence of Christ, though they have done so completely without any of the trappings that we might associate with institutional Christianity. They are, in the words of the great twentieth-century Catholic theologian Karl Rahner, ‘anonymous Christians.’” (p. 31)

3) One of the strangest parts of the Revelation of the Magi involves a sort of “food” created by the star that produces visions of Jesus Christ for the Magi and for the inhabitants of Shir (26:6-7 and 28:1-4). Do you think that the author of the Revelation of the Magi actually had visionary experiences that were brought on by eating a hallucinogenic substance? Or is this entire scenario simply occurring in the imagination of the author, with no connection to events in real life? Do you think certain foods, drinks, or substances can facilitate religious experiences? Why or why not?

5) On page 16, Landau suggests that one of the reasons that the Revelation of the Magi had not been translated into English until now is that academic biblical scholars have historically had a bias against apocryphal Christian writings (that is, early Christian writings that were not accepted into the New Testament), preferring to focus their study on the Bible itself. Is such a bias justified? Are canonical writings simply superior to apocryphal writings for reconstructing the history of early Christianity? Are New Testament writings more aesthetically pleasing from a literary perspective? Do New Testament writings have a more “adequate” understanding of Christ and his significance?

6) The Revelation of the Magi is just one of a number of apocryphal Christian writings that have only been discovered or published in recent years; others include the Gospel of Judas, the Gospel of Thomas, and the Gospel of Mary. If you have read any of these other writings, how did the Revelation of the Magi compare to them? Was it easier to understand than the others, or more difficult? As a Christian, did you find any of these writings to be relevant at all to your personal religious or spiritual life? Why and/or why not?