The Solstice Celebration That Wasn't

We're a month past the Solstice now and well into 2011 (may it be kinder and gentler than 2010 for us all!) and yet I had an experience during the celebrations in December that I simply cannot get out of my mind. It seems to me to be indicative of a greater issue in our communities and for that reason I would like to address it here.

What we do is not a game. It's real and has real import and real consequences and that carries with it certain obligations. That was powerfully brought home to me by an otherwise innocuous event.

On the Solstice, a beautiful, chilly evening, my town held a Solstice celebration at a little public square. Anyone could attend and it was set up as a ritual, with smudging, drumming, a sacred fire, invocations, and other ritual elements. I was delighted and planned to attend with a friend. Not a third of the way through the "ceremony" I had to excuse myself. I couldn't remain. Oh, it was nice enough with the bonfire and the drumming and I at least got to see the sacred fire lit. I would have been able to stay for the whole thing save for a very poor "ritual" facilitator, who had no idea how to properly respect fire (or how to lead a ritual, raise energy, or honor the Holy Powers for that matter).

Had the thing just been a solstice celebration without any trappings of ritual, I'd have been able to remain; however the moment those trappings of ritual were included, no matter how lightly or unmindfully, the moment there was the barest hint of sacred action, my religious taboos as a priest and shaman snapped into place. It didn't matter that the people running it may not have known about these things; I know and therefore I am responsible for my own behavior. Moreover, I incur both debt and fault by remaining.

The man who kindled the fire in the old way (with firebow) was respectful enough (a bit full of himself, or perhaps simply nervous, but at least he knew enough to speak of its sacredness and to invite people to make offerings to the fire). I have no quarrel there. My problem arose when the woman leading the "ritual" then told people that they couldn't make offerings and had to wait twenty to thirty minutes to do so. She must have been energetically head blind because the only time any energy at all was present was the moment a verbal contract was made by the fire-tender with the spirits of fire. That is often what occurs in rituals after all: a contract is established and it follows that those present in that holy space then have the obligation of fulfilling its terms. What made this all the more egregious was that many people were readying themselves to make offerings. The spirits of fire, and their power, had been consciously engaged with. To then deny it was disrespectful. It's a small thing, I grant you, but I could not stay. So, immediately I excused myself. I am a fire-worker. Fire is one of my primary allies. I have many taboos surrounding how I relate to it. This action was a violation of my taboos. It also came close to crossing the line with some ancestral taboos too since fire is one of our eldest ancestors.

Now I realize that not everyone has priestly or shamanic taboos. This incident, however, opened my eyes to the way in which we handle ritual space and the way in which the Gods and spirits are so often poorly treated by otherwise well-meaning people. It became a question of piety and proper action. I've seen things like this time and time again and it is the reason I rarely participate in rituals led by others.

In this case, the people in question were generally clueless. They didn't set out to be disrespectful. I think they all just wanted to do something nice for the town and for the Solstice and I applaud that wish. They'd probably be flabbergasted at the idea that they were in any way disrespectful. I'm not even sure how much the facilitator consciously considered what she was doing a 'ritual' per se, for all that she framed it loosely within that structure. She did, however, structure the parts for which I was present as a rite to honor the Solstice, complete with invocations. That is where things got a bit uncomfortable, at least for me, because she did so without giving any thought to the sacred, despite the fact that she was using sacred elements and terminology to highlight her evening's work.

This is the problem; this is often what happens when ritual is approached solely as performance by those leading it. Yes, there is an element of performance art to a well-run ritual, and the techniques of drama are a large part of that, but it is not performance art. There is a different mindset between the two and it's far too easy to cross over into disrespect, where the holy takes a backseat to the popular.

The goal of a well-run ritual should be serving the sacred. Whatever elements of performance techniques there are must be carefully yoked in service to the sacred. The purpose is not performance; its goal is not gaining attention and applause. The purpose is honoring the sacred, honoring the Divine, paying homage to the Gods, engaging in right action and right relationship with the realm of the Holy. The mindset, intentions, and focus of the facilitator are an important part of that engagement. "Ritual" isn't a magic thing. The "magic" comes from the intent and focus and mindful dedication put into navigating the boundaries of the sacred and gently coaxing people to step out of their mundane headspace and join in mindful celebration. 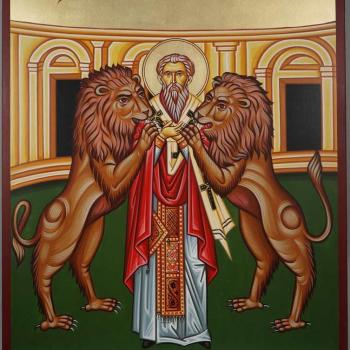 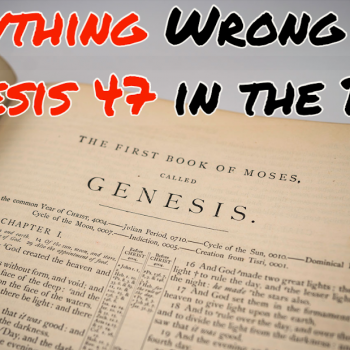 Everything Wrong With Genesis 47 in the Bible
Hemant Mehta
4 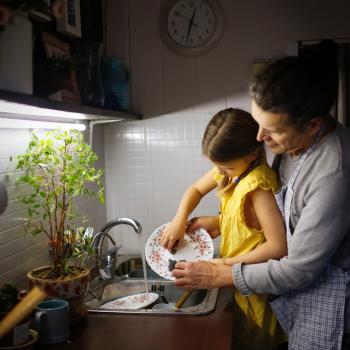 How to Raise a Resilient Child and Why It Matters
Shaunti Feldhahn
Get Patheos Newsletters
Get the latest from Patheos by signing up for our newsletters. Try our 3 most popular, or select from our huge collection of unique and thought-provoking newsletters.
From time to time you will also receive Special Offers from our partners that help us make this content free for you. You can opt out of these offers at any time.
see our full list of newsletters
Editor's picks See all columnists