Girls and God: The Friday Five With Susie Shellenberger

If you're a Christian teenage girl—or were one in the last two decades—chances are good that you've read something by Susie Shellenberger. Shellenberger founded the wildly popular Brio Magazine, published by Focus on the Family from 1990-2009.

Shellenberger has written more than forty books, many of them for teens, including her latest, Girl Talk with God. A renowned youth speaker, Susie has traveled to every continent in the world and appeared on a wide variety of media outlets. When Brio ceased to exist, Shellenberger launched her own magazine for Christian girls, Susie. She's also been kind enough to endorse my teen devotional, Crash Course, and has featured my books and articles in Susie Magazine. I'm honored that she took the time to chat with me today for today's Friday Five.

You edited Brio for nineteen years and then, all of a sudden, Focus on the Family cancelled Brio. That had to be a difficult transition for you and for all the readers who relied on Brio!

It was hard to see Focus cancel Brio. But they were going through an extremely difficult financial situation and they had to cut 200 positions. My staff and I were caught up in that.

What prompted you to start Susie Magazine? Did you consider the long odds of getting a magazine off the ground in today's media climate? Did people think you were crazy?

I spent a lot of time praying about God's next step for me, and He kept saying, "I'm not finished with a monthly, printed magazine for Christian teen girls yet." So my response—of course—was "I will have to know beyond all doubt this is from You, because it's the worst time in the world to try and launch a printed magazine when so many print magazines are going online."

God is so very faithful. He gave me all kinds of encouragement from people. So no, people weren't acting like I was crazy, and that was part of how I knew it was truly God leading me. The more I trusted Him, the more He simply kept opening doors for it actually to happen.

How is Susie like Brio and how is it different?

It's like Brio in the fact that I created both. So of course there are similarities in the personality and feel of the magazine, just as there are similarities in a family. The difference is that I'm not under as many constraints as I was with Brio. Because Focus on the Family published Brio, there were specific things we couldn't print. For example, I was never allowed to feature anything on suicide because Dr. Dobson felt it would put ideas into readers' minds. I had to use specific versions of the Bible. I have more freedom with Susie Magazine. I'm able to deal with some of the tougher issues that teen girls battle.

Most people don't realize how hard it is to get a quality magazine together every month. What keeps you going?

I absolutely love what I do! There's literally no other Christian teen girls magazine on the market, so to know that what I'm doing is making a difference in a girl's life and is helping her in her relationship with Christ makes all the difference.

You also have a new book out, Girl Talk with God. What's its message for young girls?

This is probably my favorite book of all I've written. In fact, there was an interview in USA Today where Miley Cyrus said the only book she was reading right then was Girl Talk with God. So I'm hoping it will make a positive difference. It's my favorite book I've written because each chapter is simply dialogue. It's conversation between God and a teen girl about a variety of topics that teen girls deal with—friendships, eating disorders, why don't I have a boyfriend, modesty, sexting, divorce, cutting, and so on. In fact, each chapter could even be performed as a sketch, with someone behind the scenes reading God's lines and a girl on stage doing her own lines. It would serve as a terrific youth group opener. I'm also hoping it will help girls realize that developing communication with God is easy and He's extremely accessible and concerned about every single thing in their lives. 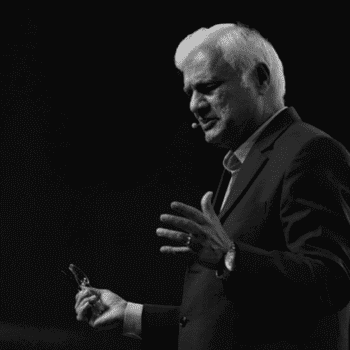 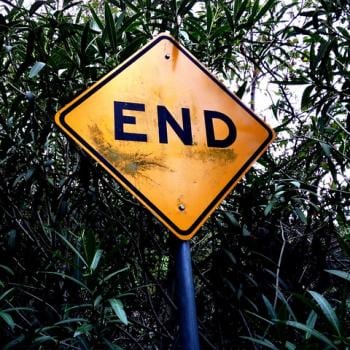 Practices From the Inside Out: The Last Day of an Endless Year
Greg Richardson
4

Star of Bethlehem: 2nd Reply to Arrogant Aaron Adair
Dave Armstrong
Get Patheos Newsletters
Get the latest from Patheos by signing up for our newsletters. Try our 3 most popular, or select from our huge collection of unique and thought-provoking newsletters.
From time to time you will also receive Special Offers from our partners that help us make this content free for you. You can opt out of these offers at any time.
see our full list of newsletters
Editor's picks See all columnists