Glenn Beck, Obama, and God: On Taxes and Spending

If you believe that individuals, churches, and NGOs do good work—Mr. Beck's "good Christian charity"—again, you are right. Even with my meager resources, I help some people get through a day, or a week. My church, in the middle of downtown Austin, feeds the hungry and offers supplies and other needs to our homeless neighbors. The Salvation Army does good work. So does the Red Cross.

But good Christian charity can't provide medical care for all who lack it, it can't provide quality education for all of our children, and it lacks the—there's that hated word—bureaucracy to carry out justice in all the ways people deserve it.

Only government has the potential to do that.

And partly this potential emerges because of government's guaranteed resources. Unlike personal charity or pledges I might make to a church or NGO, I am compelled to pay my taxes. Taxation is not a decision involving my freedom to choose what I wish to do, whether or not I wish to behave with justice. It is a responsibility required of me as a citizen. And when I pay my taxes, I am making it possible for my nation to be an agent of justice.

Stanley Hauerwas has said that the highest responsibility of the faithful is to be a counter-cultural community that testifies to the reality of the risen Christ, and we do that by embracing a different set of higher goods than the culture itself.

If you disagree with using government as the means of attaining justice, as I've said, I can understand that. Politicians and political philosophers debate the role of government, and so can we. But if you disagree with the ends—that is, if justice is not your highest good—then I want you to say that out loud just once, even if you are the only one to hear it.

If you buy into the culture's language of rights and believe that you come first and God and others should get in line, that's okay. Cultural instead of counter-cultural, but okay.

I get it. That's where I find myself more days than I want to admit. But if we are to go on to discuss politics and moral choices, let's not pretend that we're all arguing from the same ground.

Nobody says out loud that they don't want to pay more taxes because they don't want to help other people. Maybe no one even admits it to themselves. But if you just want lower taxes so you can keep more of your money, let's identify where that impulse comes from, and what language we're speaking. It isn't the language of the Founders, crazily enough. And it isn't the language of the Christian tradition.

Today we close with words from the Collect for the Eighth Sunday after Epiphany. Next week we'll explore the "What Would Jesus Cut?" movement and ask some hard questions about how being a counter-cultural people might shape our budget decisions. Until then, I wish you blessings:

Most loving Father, whose will it is for us to give thanks for all things, to fear nothing but the loss of you, and to cast all our care on you who care for us: Preserve us from faithless fears and worldly anxieties, that no clouds of this mortal life may hide from us the light of that love which is immortal. 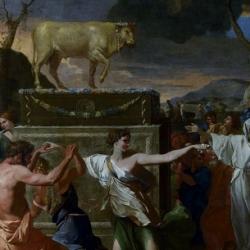 Biden is Better, but…
Bert Bigelow
3

He is the Head of the Body... Really?
Frank Viola
4 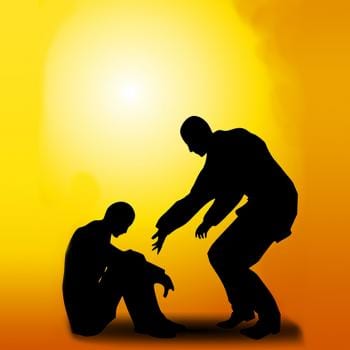 How Are You Healing?
Katrina Rasbold
Get Patheos Newsletters
Get the latest from Patheos by signing up for our newsletters. Try our 3 most popular, or select from our huge collection of unique and thought-provoking newsletters.
From time to time you will also receive Special Offers from our partners that help us make this content free for you. You can opt out of these offers at any time.
see our full list of newsletters
Editor's picks See all columnists