Queer I Stand: An Introduction

As with many people who are part of the various modern Pagan religions, I come from a diverse religious background myself, counting affiliations with Baptist, Catholic (specifically Jesuit), and Anglican forms of Christianity in my history, as well as Jewish ancestry on both sides of my family, both prior to and sometimes alongside my active engagement with modern Pagan religions. However, the "first" definite religious influence in my life was that of being baptized Lutheran as an infant, and while I find a great deal to disagree with and even critique in Luther's theologies, I cannot help but feel that he, too, had an influence on me. It is a variation on one of his most renowned statements that gives the title to my column here on Patheos' Pagan Portal.

When Luther was called before the Diet of Worms in 1521, he was invited by representatives of the pope and emperor to retract his Ninety-Five Theses and other writings. After several periods of reflection and prayer, he apologized for the tone of his writings, but not their content, appealed to the right of his conscience, and said, "Here I stand. I can do no other. God help me. Amen." His status as an outlaw in terms of secular legal realities of the time, and as a heretic, was thus cemented. It was Luther's movement that became the first "heresy" in Christianity that went on to become a separate denomination, and one that continues and thrives to this day. Whatever else may be said about Luther or his thought, one cannot deny, he had some serious chutzpah!

So, it would be useful to know a number of things before this column gets into the nitty-gritty of not only aspects of modern Pagan theology, but also of queer theology. In the "Here I Stand" that is buried in the statement "Queer I Stand," what exactly is the "here" and who exactly is the "I"? These various questions of positionality have become increasingly important in modern scholarship generally, but also in modern theology, and I consider them important ones to address.

As of writing this, I am a person in my mid-30s, born in the United States (specifically the Cascadia region, where I currently reside and with which I resonate greatly in every respect), with the religious backgrounds mentioned above, but with a study and practice of and active involvement in modern Pagan religions spanning about nineteen years. I am superlatively educated, with a Ph.D. as well as an M.A. and a B.A., and am very academically inclined and intellectually predisposed. I am a reconstructionist in one of my primary religious methodologies, but I classify myself (in the terms of Disirdottir on this topic) as a "mystic reconstructionist," because I accord equal value to insights and personal experiences of divine realities in my own life as I do to information and insights gained from study of ancient texts and research into their historical and spiritual histories and contexts.

I come from a lower middle class socioeconomic background, but am myself "working poor," when I have been able to secure paid work in recent years. As someone who is neither starving nor homeless at present, I realize that there are many who are far less fortunate and privileged than I am (who don't, among many other things, have access to computers or the internet). But, I do not speak from a position of socioeconomic prosperity, or even of "squeaking by," at the present time. Unlike Abraham Maslow and others who have theorized on these concepts, however, I do not hold that "self-actualization needs," of which religion and spirituality are often considered to be varieties, can only be addressed when all other needs are met to sufficiency. Indeed, I often think that religion and spirituality, in fact, fill an intense and separate need that can often see one through the deficits in other areas.

I am both an insulin-dependent diabetic and severely asthmatic, and have been for the majority of my life. Because of my lack of regular employment, I neither have nor can afford medical insurance, nor am I able to get the amount of medical attention and advice that someone in my position ought to have. I have had to make the difficult choice of affording medication for asthma, which would allow me to not react as severely to certain environmental factors and be able to do above-average or vigorous physical activities, or affording insulin and the necessary supplies accompanying it, which actually allows me to continue in a somewhat normal metabolism for all processes of life at all. (I chose the latter, obviously, since at present choosing both could not occur.) As a result, I am very limited in my physical abilities at present, and thus have several (mostly) invisible disabilities. I am extremely aware of the language of privilege that is often unspoken in terms of physicality and spirituality, as well as in wider, everyday circumstances. 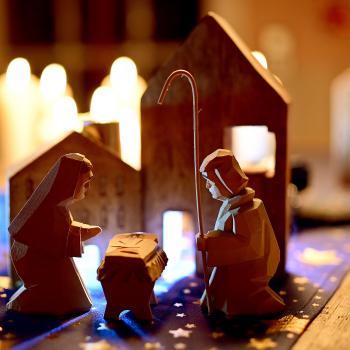 Will You Make Room For Jesus At The Inn?
William Hemsworth
2 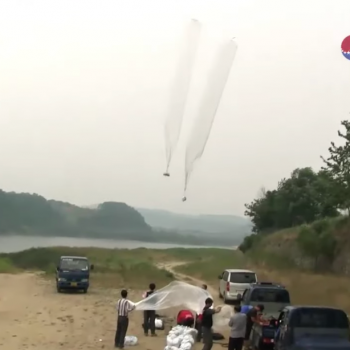 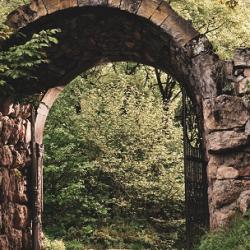 Why No One Stopped Ravi Zacharias
Cassidy McGillicuddy
Get Patheos Newsletters
Get the latest from Patheos by signing up for our newsletters. Try our 3 most popular, or select from our huge collection of unique and thought-provoking newsletters.
From time to time you will also receive Special Offers from our partners that help us make this content free for you. You can opt out of these offers at any time.
see our full list of newsletters
Editor's picks See all columnists