The Secrets We Keep: Reflections on John 4:1-30

I wonder what the woman thought as she approached the well and saw him sitting there.

"Who is that sitting at the well? No one I've ever seen before. The whole point of coming here at noon in this ungodly heat is to avoid meeting anyone else. Why does he have to be here? At least he's no one I know. He is no one who knows my secrets. Maybe he'll go away if I wait long enough. But I can't stand out here in the glare and heat a moment longer, and it doesn't look like he's going anywhere anytime soon."

Our first-century Samaritan woman is not the only secret keeper walking toward the well. Most of us have something we would rather others not know, even those closest to us.

Frank Warren, started his blog PostSecret.com in 2004 as a temporary community art project. He invited people to mail in postcards that had one of their secrets written on it. The rules were that the secret needed to be anonymous, and something you had never shared with anyone else. Still going strong today, PostSecret generates thousands of postcards, many of them decorated by their senders. Warren reads them all and picks ten to twenty to post on his blog every Sunday. He has published several books that are compilations of postcards. Secrets cover the emotional spectrum from humor to heartache:

In high school I was so desperate for a boyfriend I dated a guy who went to Star Wars Conventions . . . and he dumped me.

Even vegetarians think of meat from time to time. I know I do.

I suffer from an eating disorder and I fear my mother's suffering.

My insomnia is going to get me fired.

I can't stand my stepmother.

I had an affair. We stopped before we got caught. I miss her today.

I was 7 years old the first time I attempted suicide.

I'm in love with my marriage counselor.

When things go well for me I have to wreck my life all over again.

I watched One Flew Over the Cuckoo's Nest in a mental hospital.

Our Samaritan woman is not the only first-century secret keeper. Everybody Jesus meets in the Gospel of John has a secret they think he doesn't already know. I imagine they're falling in step with her as she approaches the man at the well, each clutching their homemade PostSecret.

There is Philip in chapter 6, when Jesus and the disciples are surrounded by hungry throngs who have followed Jesus for healing. When Jesus asks him, "Where are we to buy bread for these people to eat?" Philip moans, "Six months wages would not buy enough bread for each of them to get a little" (Jn. 6:7). His PostSecret would read "I am totally overwhelmed by the demands of the people in my life."

There is the woman caught in adultery from chapter 8; we know what her PostSecret would read.

There are the Pharisees and scribes who drag her to Jesus; their postcard would read "We love the sound the stones make when they hit the sinner."

There is Peter who denies he ever knew Jesus not once but three times. His PostSecret would read "Fear fights with faith in my heart every day, and every day fear wins."

There is Pilate's PostSecret when they brought him before him. "I am Rome's puppet. I am the real prisoner, not Jesus."

The Woman at the Well

Nicodemus was a man, a Jew, a respected religious professional, a member of the Sanhedrin, and he came to Jesus at night. She comes at high noon. In John's Gospel light and day are connected with belief in Jesus. John is signaling us, saying, Get your hopes up, reader! This encounter between a woman with a shameful secret and the Messiah at the well has a chance to turn out better than Nicodemus's nighttime visit. There is a chance that she may come to believe in Jesus and follow him as well.

I have always been put off by this text because it is so long and convoluted. She doesn't get it at first, but then she does, kind of, but not quite. If I wanted to listen in on a complicated, convoluted conversation with Jesus, I could just record my own prayer life! It's the same thing that went on with Nicodemus and Jesus (Jn. 3) and the man at the pool and Jesus (Jn. 5). Jesus is speaking spiritually about being born from above, about being made whole, about living water; he is talking about his own presence as the Savior sent from God. Nicodemus babbles about climbing back into mommy's womb; the man at the pool babbles about how he'd like to be healed but he can't get down into the water. And now this woman thinks Jesus is talking about getting a drink from the deep, dank, stale cistern. But then, streaks of light begin to dawn in her shadowed soul. 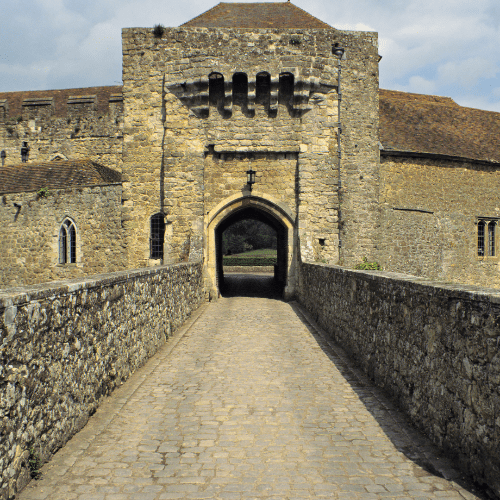 Break Down the Gates
Billy Kangas
2 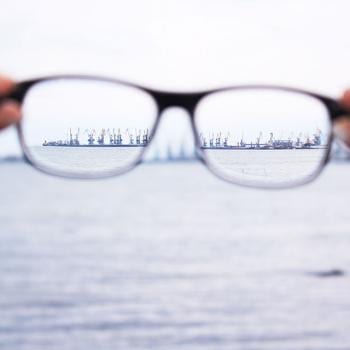 How to Develop Better Focus and Mental Clarity
Ilchi Lee
Get Patheos Newsletters
Get the latest from Patheos by signing up for our newsletters. Try our 3 most popular, or select from our huge collection of unique and thought-provoking newsletters.
From time to time you will also receive Special Offers from our partners that help us make this content free for you. You can opt out of these offers at any time.
see our full list of newsletters
Editor's picks See all columnists