Chapters 7 through 10:21 of John contain an extended narrative of teachings and events that occurred at the temple in Jerusalem during the festival of Sukkot (Booths or Tabernacles; Greek, skēnopēgia; Hebrew, sukkōt). They form part of the overall background of Jewish temple theology and ritual for the teachings of Jesus. Indeed, as we have seen, most chapters in the John are associated with a specific Jewish temple festival.

As we proceed through these chapters, a recognition of the temple context of John's gospel will help illuminate their meaning.

Jesus and His Brothers (7:1-9)
As the time of the festival of Sukkot approached, Jesus had an encounter with his "brothers" (adelphoi). Jesus' brothers are mentioned a number of times in the Gospels, and are said to be four in number: James (Jacob), Joseph, Simon, and Judah (Mt. 13:55). John expressly says that at this time Jesus' brothers did not believe he was the Messiah (7:3), while Mark implies they were concerned for his sanity (Mk. 3:21).

His brothers attempted to convince Jesus to make the pilgrimage to the temple in Jerusalem, as was the religious duty of all Israelites at the time of Sukkot. They argued that if he really wanted to make disciples, he should do his works "openly" in Jerusalem, when all Israel would be present (7:3-4). Jesus replied that "my time (kairos) has not yet come," a technical reference in John for the hour of the crucifixion, resurrection, and glorification of the Son, when he would "depart out of this world to his Father" (Jn. 13:1; see 2:4, 7:30, 8:20, 12:23, 12:27, 17:1). Oddly, although Jesus remained briefly in Galilee (7:9), he eventually decided to go to Jerusalem secretly (7:10). What was the importance of the festival of Sukkot at the time of Jesus? Why does John make a point of contextualizing Jesus' teachings in chapters 7-10 as occurring at the temple during this festival?

The Festival of Sukkot
As with the festival of Passover, the meaning and practice of the festival of Sukkot for Jews has been significantly altered since the destruction of the temple in A.D. 70. To understand the context of Jesus' discourses in John 7-10 we need to look at the festival as it was practiced in the time of Jesus. In the first century Sukkot had a number of different themes and rituals. Most basically, it was a harvest ingathering festival, celebrating the blessing of God of a bounteous harvest. As such it had some broad parallels to the American Thanksgiving holiday.

The festival included joyous processions of pilgrims carrying lulab (lulav) of the "four species"—palm, myrtle, willow, and citron (Lev. 23:40; Mishnah, Sukkah 4.1-8)—along with singing the Hallel Psalms (Ps. 113-118), flute-playing, bonfires in the temple courts, and dancing (Mishnah, Sukkah 4.8-5.4). "He who has never seen the joy of [the festival of Sukkot]" the rabbis remembered, "has never in his life seen joy" (Mishnah, Sukkah 5.1).

Two other rituals at the festival of Sukkot are particularly important for John. The first was the water libation (simḥat beyt ha-šoevah), performed every day during the festival along with prayer for the autumn rains. In this ritual priests made daily processions to the accompaniment of trumpets from the pool of Siloam to the Temple with vessels full of water mixed with wine which were carried and poured out on the altar (Num. 28:7; Mishnah, Sukkah 4.9-10; Isa. 12:3). This practice forms the background to Jesus' sermon on "rivers of living water" (Jn. 7:37-38), which I'll discuss later.

The other ritual was the lighting of huge lamp stands in the Court of the Women, due east of the altar and temple.

There were golden lamp stands there with four golden bowls on the top of them and four ladders to each lamp stand, and four youths of the priestly stock, and in their hands jars of oil holding a hundred and twenty logs [about 7.5 gallons] which they poured into the bowls. They made wicks from the worn out drawers and girdles of the priests and with them they set the lamp stands alight, and there was not a courtyard in Jerusalem that did not reflect the light of the 'House of Water-drawing' [in the Court of the Women in the temple] (Mishnah, Sukkah 5.2-3). 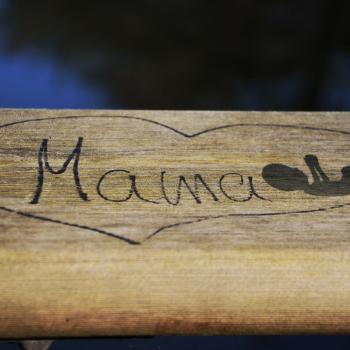 Quantifying Cooperation in or Appropriation of Evil
Matthew Schneider
2 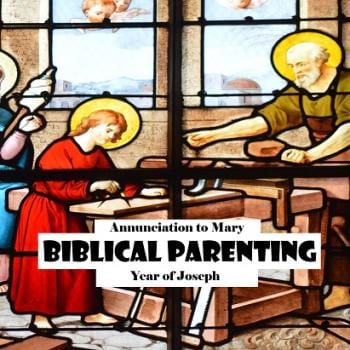 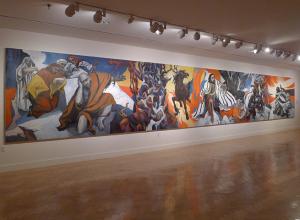 Imam Ali’s letter to the Governor- Everlasting Example of Good Governance
Ejaz Naqvi MD
Get Patheos Newsletters
Get the latest from Patheos by signing up for our newsletters. Try our 3 most popular, or select from our huge collection of unique and thought-provoking newsletters.
From time to time you will also receive Special Offers from our partners that help us make this content free for you. You can opt out of these offers at any time.
see our full list of newsletters
Editor's picks See all columnists